Is it a Rain-ge Rover? Bizarre moment storm appears to break out above a SINGLE car in Indonesia
Advertisement

Is it a Rain-ge Rover? Bizarre moment storm appears to break out above a SINGLE car in Indonesia

This is the bizarre moment rain poured on only one car during a downpour in Indonesia.

The rare weather phenomenon occurred in a parking lot in Bekasi Regency, West Java on Monday.

Onlooker Uryan Riana said: ‘At first, I thought someone was playing with water above the hotel. But when I looked up, the water was actually falling from the sky. It was raining.’ 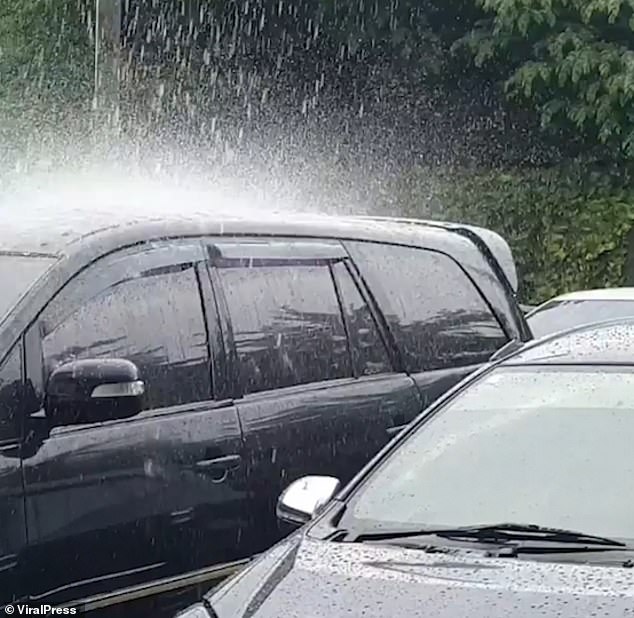 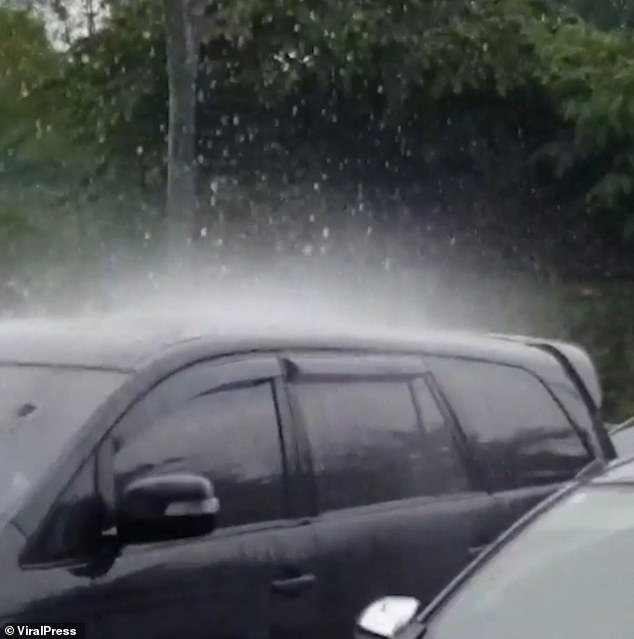 Uryan, who is a member of the Bekasi Regency Regional House of Representatives, approached the drenched black car but said he did not find anyone deliberately spraying water on it.

He said: ‘It just so happened that I was in the parking lot at that time. I immediately took my cellphone and took a video of the rain.’

The bizarre weather event in which rain only falls on a small area is known as ultra localised rain.

A similar incident also occurred in 2017 in Indonesia, where rain poured on a single house in South Jakarta. 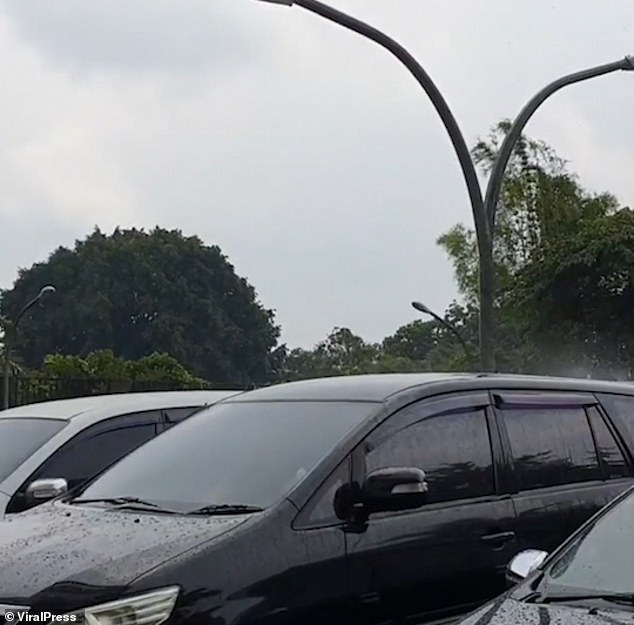 Ultra localised rain has also been recorded in Palermo, Italy in 2016.

The rain that occurred on a patch of road at that time shocked motorists and pedestrians.

Indonesia and other countries in Southeast Asia such as Malaysia, the Philippines and Thailand are at the peak of their tropical monsoon rainy season, which lasts until late November.