The Kurdish-led administration in Syria’s northeast hands over to the Netherlands a Dutch woman, her two young sons, and a Dutch girl, who lived in a camp for families of alleged Islamic State militants.

A delegation from the Netherlands led by special envoy to Syria Emiel de Bont receives the four in Qamishli city, at the Kurdish administration’s offices. The group will be taken home and Kurdish authorities say the adult woman faces no criminal charges by his administration.

The move is a small step to resolve a complicated issue for European and Middle Eastern countries — what to do with the thousands of their citizens who have traveled to territories held by IS militants in Syria and Iraq. 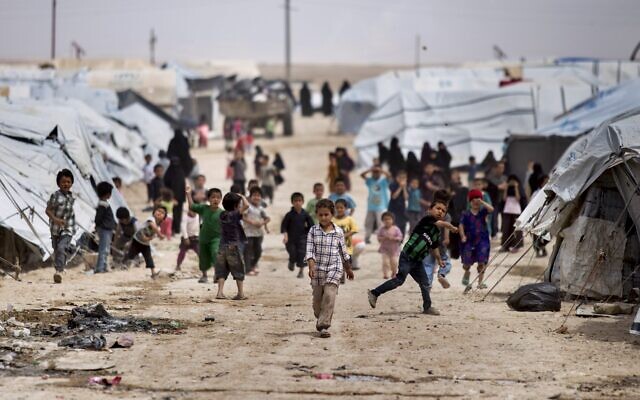 Children gather outside their tents, at al-Hol camp, which houses families of members of the Islamic State group, in Hasakeh province, Syria, Saturday, May 1, 2021 (AP Photo/Baderkhan Ahmad)