From gymnastics to judo, Israel primed to strike Olympic gold in Tokyo

Sicilians living under Islamic rule more than 1,000 years ago ate PORK even though it was banned 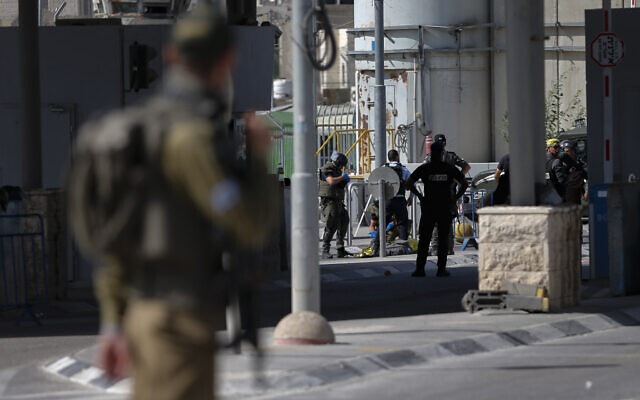 Israeli security forces guard after a Palestinian woman was shot, at the Qalandiya Checkpoint near Jerusalem, June 12, 2021. (Jamal Awad/Flash90)

A Palestinian woman was shot dead Saturday after she ran at guards manning a West Bank crossing brandishing a knife, and ignored multiple calls to halt, police said.

The 28-year-old woman from Aqabat Jabr arrived at the Qalandiya checkpoint north of Jerusalem, and moved toward the checkpoint’s vehicle lane.

According to the police, the woman pulled out a knife and ran toward the forces. A civilian security guard called on her to stop several times. When she did not do so, he opened fire at her.

Her death was pronounced by medics at the scene.

According to Kan news the woman had been jailed for two years in 2016-2018 over a previous stabbing attempt. 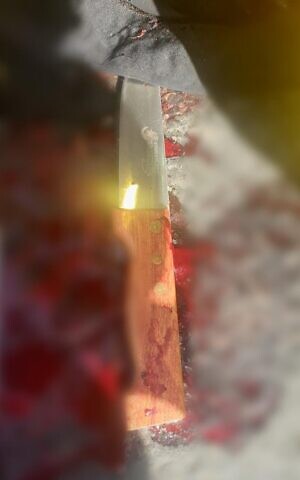 A Palestinian woman armed with a knife was shot dead by security guards at the Qalandiya Checkpoint near Jerusalem, June 12, 2021. (Israel Police)

The incident came a day after a Palestinian teen was killed during clashes with Israel Defense Force soldiers in the northern West Bank.

On Thursday, two officers in the Palestinian Authority’s security service were shot dead in an exchange of fire with Israeli forces operating in the northern West Bank. A third Palestinian, a suspected member of the Islamic Jihad terror group who was the target of an Israeli arrest operation, was also killed in the firefight.

Reports indicated two Palestinian Military Intelligence officers on guard duty noticed the arrest operation taking place, with the undercover Israeli forces operating out of a civilian vehicle, and chose to engage, likely not realizing that it was an Israeli raid.