A 20-year-old New York State man who pleaded guilty to raping four teenage girls inside his parents’ home was sentenced to no jail time and instead received eight years of probation.

Niagara County Court Judge Matthew J. Murphy III told Christopher Belter on Tuesday that prison time would be ‘inappropriate’ and instead ordered him to register as a sex offender instead.

But the Niagara County judge decided against a prison sentence.

Belter could have been facing up to eight years in prison for his crimes. 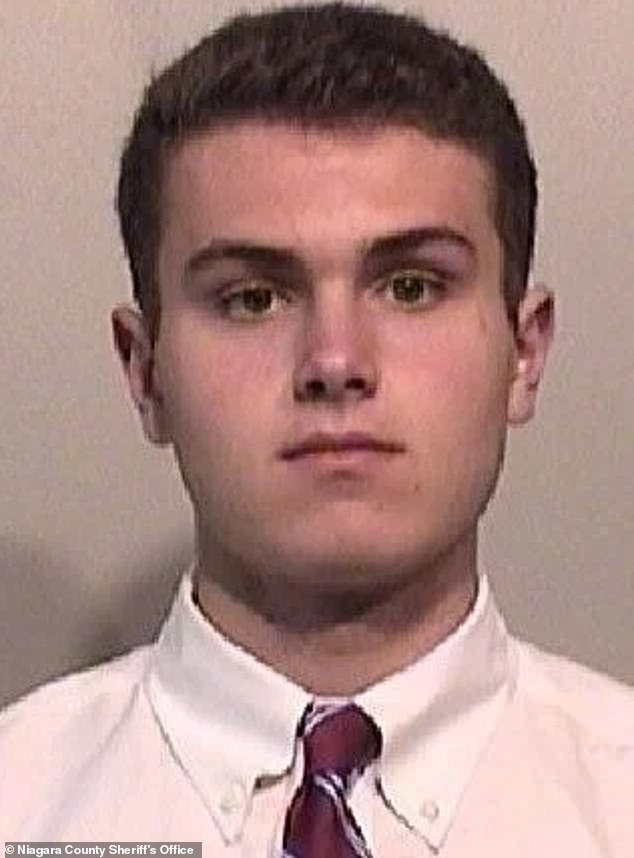 Judge Murphy told Belter that his eight-year probation would ‘be like a sword hanging over your head for the next eight years’.

‘I agonized — I’m not ashamed to say that I actually prayed over what is the appropriate sentence in this case, because there was great pain. There was great harm. There were multiple crimes committed in the case,’ said Judge Murphy to the shocked court room.

Judge Murphy did not offer any further explanation for his decision not impose jail time on Belter. 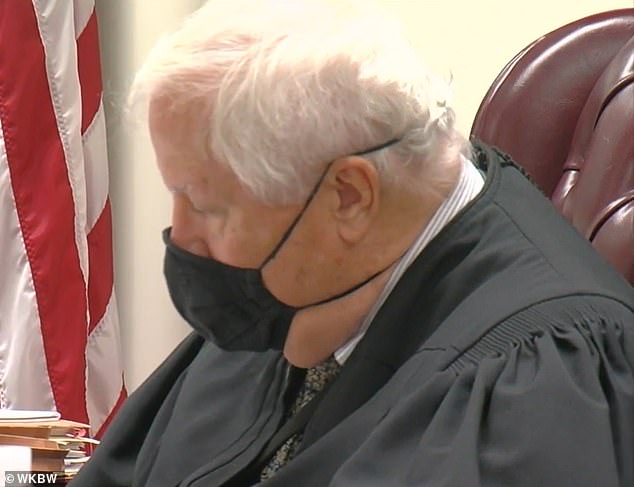 When giving his verdict on Tuesday, Judge Murphy (pictured) said he ‘agonized’ over the case before deciding to hand Belter eight years of probation

One of Belter’s victims was heard to cry as the judge read out his verdict, while Steven Cohen, representing another of the victims, told the Washington Post that his client threw up after the decision.

He added: ‘If Chris Belter was not a White defendant from a rich and influential family, in my experience… he would surely have been sentenced to prison.’

Belter assaulted his four victims between February 2017 and August 2018, with three aged 16 and one aged 15 at the time of the assaults at his family’s ‘party house’ in a wealthy Lewiston neighborhood, just a few miles from Niagara Falls. 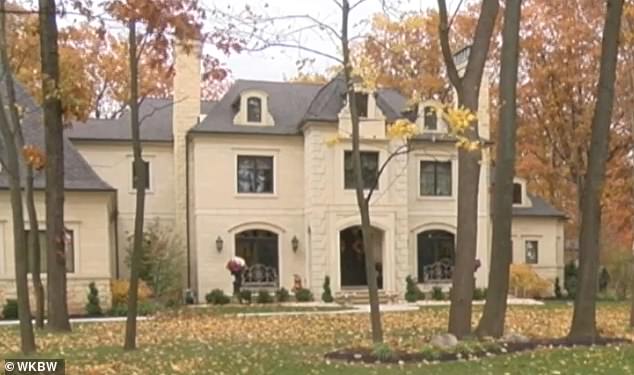 Belter assaulted his four victims between February 2017 and August 2018, with three aged 16 and one aged 15 at the time of the assaults, at his family’s ‘party house’ (pictured) in a wealthy Lewiston neighborhood

All three have pleaded not guilty to charges of child endangerment and unlawfully dealing with a child.

At the time of his plea, he was placed on two years’ interim probation by Judge Sarah Sheldon – who has since retired – which allowed him the opportunity to apply for youth offender status.

This would have lessened any potential prison sentence he could have received and prevented him from having to register on the sex offender’s list.

However, Belter revealed in court last month that he broke the terms of this interim probation by installing software on his computer to watch pornography. 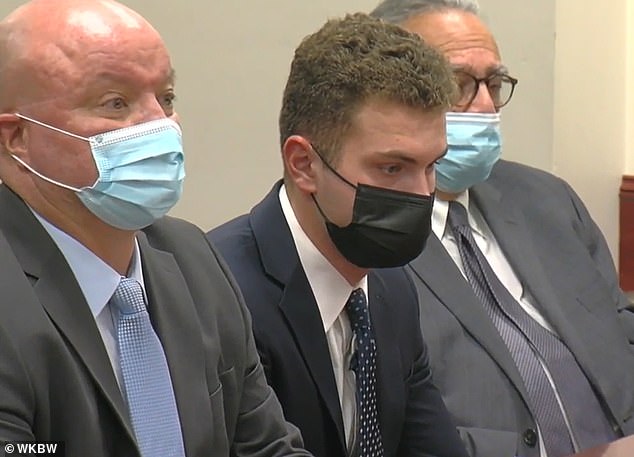 Before receiving his sentence, Belter (pictured in court) said that he felt ‘deep shame and regret’ for his actions

During the case, the fourth victim gave a statement describing the assault on her, commenting on which Judge Murphy said: ‘He told her to stop being such a baby… The Defendant told her that, if she stopped resisting, it wouldn’t hurt as much.’

Prior to sentencing, WKBW reports that Belter addressed the courtroom to reveal his ‘deep shame and regret’ for his actions.

He said: ‘I hope each of you could close that wound I gashed. I know, though, that a scar will remain that will serve as a reminder of the evil of that night.’

Belter will appear in court again on December 3 so that a ruling can be made on what level of sex offender he will be classified as.