By Jack Wright For Mailonline

A knifeman has wounded three people on a high-speed train in Germany.

Police said they received a call about the attack at around 9am local time on Saturday as the high-speed ICE train travelled between Regensburg and Nuremberg.

One person has been arrested and three people were injured.

Bild, the German mass daily newspaper, said the knifer attacker was a 27-year-old man of Arab origin. He is said to have had psychological problems and also called for help on the train.

Investigators are currently ruling out a terrorist connection. 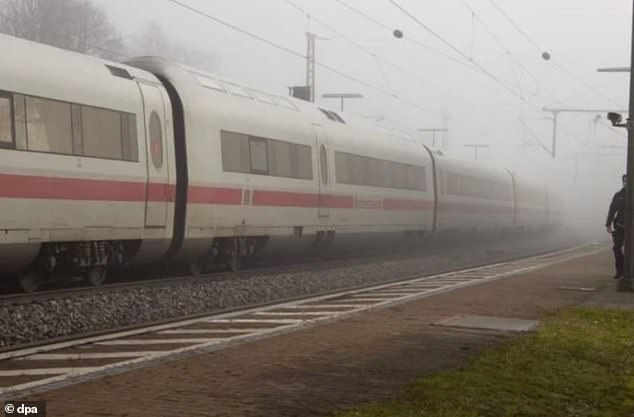 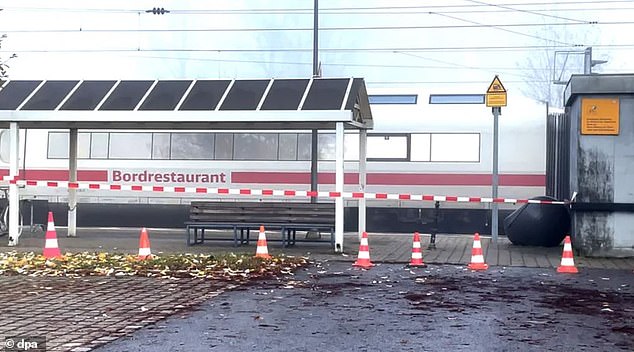 The attack happened near Neumarkt in the Upper Palatinate, and the train was stopped at Seubersdorf, southeast of Nuremberg.

German media reported that two deployment trains of special forces of the Bavarian police were on their way to a football game in Regensburg and were in the area at the time of the attack.

The Upper Palatinate Police Headquarters is currently on site and forensics are on the ICE to secure evidence.

In a statement, Federal Interior Minister Horst Seehofer said: ‘The cruel knife attack on the ICE is terrible. I hope that the injured and those who witnessed what happened will recover quickly and completely.

‘I would like to thank everyone, especially the police and the train crew, for their courageous efforts, which prevented even worse things from happening. By intervening quickly, there is no longer any current danger to others. The background is still unclear.’

Local police said: ‘There has been an attack on an ICE train and police shortly afterwards arrested a male person, and several people were injured.’

A spokesman for the German railway network confirmed that the station in Seubersdorf, where the train is currently stopped, has been closed since approximately 9am and that train travel between Regensburg and Nuremberg has been suspended.

Several attacks have been committed in Germany since 2015.

On June 25, three people were killed and five others injured in a stabbing committed by a Somali in Wuerzburg.

This is a breaking news story. More to follow