MARY HARRINGTON: It's not just the fallen we remember but the values we cannot celebrate anymore
Advertisement

From the perspective of the ordinary citizen, the poppy simply marks an unimaginable loss. You’ll find a memorial in every parish up and down the country, some huge and some simple plaques. They’re markers of a collective grief, all the more unspeakable because it is so universal.

In some British families, the First World War killed every adult man. The memorials where their names are carved remind us that the schemes of statesmen impose a terrible cost, in empty seats at dinner tables in ordinary homes.

But today, those who remember the fallen are almost all gone themselves. So what is the loss we’re left to remember?

The loss perhaps most clearly visible is the one concerning the values that, sadly, we no longer feel able to celebrate. 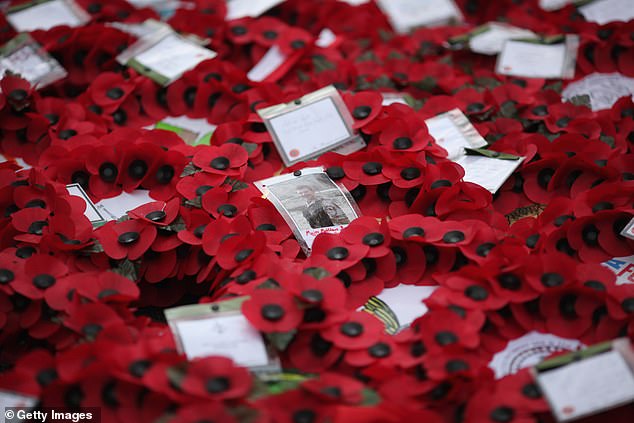 Today, those who remember the fallen are almost all gone themselves. So what is the loss we’re left to remember?

For the Great War saw the beginning of the end for faith in the foundations of a European culture that had held fast for generations.

By the end of the war in 1918, George V presided over a broken, debt-ridden empire, Tsar Nicholas was killed by revolutionaries and Kaiser Wilhelm was deposed and exiled.

The war spawned the first Communist state, and it shattered confidence in Western civilisation. Patriotism took a hammering and, perhaps more profoundly, so did institutional Christianity.

Indeed, most Christian denominations on both sides supported the conflict, with many at the time viewing it as a ‘holy war’.

Notoriously, in 1915, the Bishop of London declared it the duty of ‘everyone that puts principle above ease’ to ‘kill Germans… not for the sake of killing, but to save the world’.

The aftermath of the First World War saw a backlash by society’s elite – not just against nationalism, but also against traditional religious faith and cultural forms.

Historian Anna Neima shows how many among the world’s avant-garde sought to create new, ideal communities. They wanted to reimagine human society, so that nothing as horrifying could ever happen again, by transcending borders of faith or nation.

Humanity, such visionaries hoped, might be induced to forge links across what was considered to be mere national identity in favour of something higher. The elite that shared this inspiration was moulded by contact across the world as it attempted to shape humanity atop the smoking rubble of the imperialist 19th Century. Some went on to found their own visionary communities, such as the one set up at Dartington Hall in Devon by Dorothy and Leonard Elmhirst. It became a magnet for artists, architects, writers, philosophers and musicians from around the world, establishing a centre of creative activity.

It was at Dartington that the Labour politician Michael Young wrote the party’s post-war manifesto. At Dartington, and other communities like it, traditional practices and values were deemed worthy only for the scrap-heap – classical music, realist painting, traditional architecture. Everything should be new, stripped of the old-fashioned loyalties that had led to the slaughter of millions and left Europe in ruins. 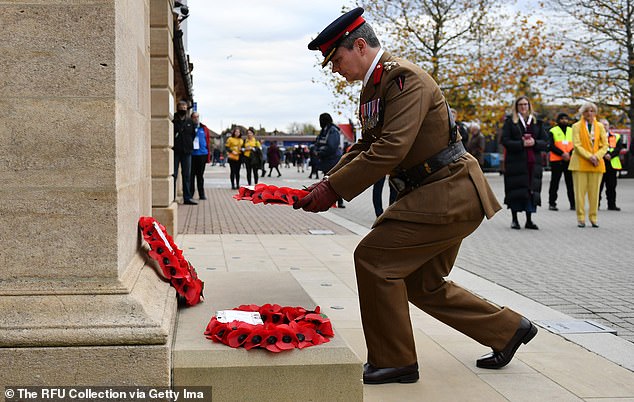 The poppy become a part of culture war. For some, this symbol of those who died in war is about patriotism and jingoism

But we go on remembering every year, because even if there’s no longer anyone alive who feels the real-world loss of those ten million who lost their lives, we still feel the shock of the catastrophe that ended Europe as the heart of world civilisation.

Everyone blamed that catastrophe on nationalism, religion and realpolitik. Elites tried to abolish all those things for good. For the good of humanity.

Significant in this was the high American ideal – inspired by President Woodrow Wilson – of nations shaping their own destinies.

With hindsight, even this now looks like realpolitik: a high ideal designed to end the empires of America’s European political rivals. 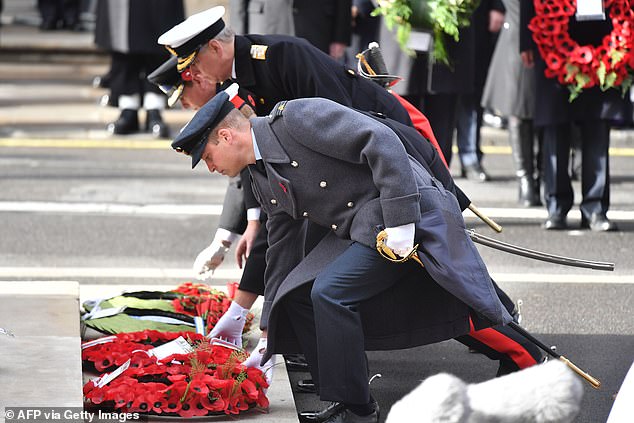 We go on remembering every year, because even if there’s no longer anyone alive who feels the real-world loss of those ten million who lost their lives, we still feel the shock of the catastrophe that ended Europe as the heart of world civilisation

And now the liberal internationalism that Wilson set in motion has itself, ironically, come adrift in another set of poppy fields: those of Afghanistan. The American civilisation that took the torch from Europe is itself embattled, under economic and cultural siege.

So, too, has the poppy become a part of culture war.

For some, this symbol of those who died in war is about patriotism and jingoism. So we get the annual rows over which TV presenters are, and are not, wearing a poppy – or stories about some zealot setting fire to poppies to signify their contempt for those who hew to a sense of national identity.

And as we drift ever further through the digital looking glass, the by-products of Remembrance Sunday get steadily more unreal. This year, for example, you can commemorate 100 years of the poppy as a symbol of remembrance with a unique digital artwork – known as a non-fungible token – in memory of 118,000 fallen Canadians.

But perhaps we go on remembering, ritually, every year, as a means of acknowledging that the West did, in fact, once have an astonishing, vivid, remarkable culture – and that we blew it all, along with millions of lives, over the brutal years of wartime destruction between 1914 and 1945.

Last week I’ve watched my small Bedfordshire town putting up the wrought-iron soldier silhouettes that mark Remembrance Sunday here every year. Metal outlines round empty air, they’re perfect emblems for how Europe reacted to the shock of having shattered the 19th Century’s certainties on the killing fields of the 20th Century.

They stand as markers for the ghostly persistence of that old Europe, whose spirit burned out in the First World War. And they’re perfect metaphors for the collective decision that was made in its aftermath, to evacuate our civilisation of everything suspected of having caused that cataclysm.

It turned out this meant evacuating our civilisation of, well, everything. And having more or less completed that emptying out, no one is quite sure what to believe any more.

But if history suggests anything, something will eventually come along that’s capable of mobilising people at scale, for another round of grand historical events.

As ever, when that happens, it’ll be statesmen who shape the bigger story. And no doubt this will be formed of countless little ones.

We can only hope these don’t end up told in empty seats around dining tables in ordinary homes.

This is an edited version of an article on the website UnHerd, for which Mary Harrington is a contributing editor.