N’Golo Kante has completed his period of self-isolation after his coronavirus diagnosis and has returned to Chelsea training with the view to returning to action after the international break.

The French midfielder’s positive diagnosis was revealed on September 28, which ruled him out of Chelsea’s matches against Juventus and Southampton, along with France‘s Nations League matches this month.

But Kante was seen taking part in individual training drills at Chelsea’s Cobham training base on Friday, as he is not ready to take part in the main training sessions yet. 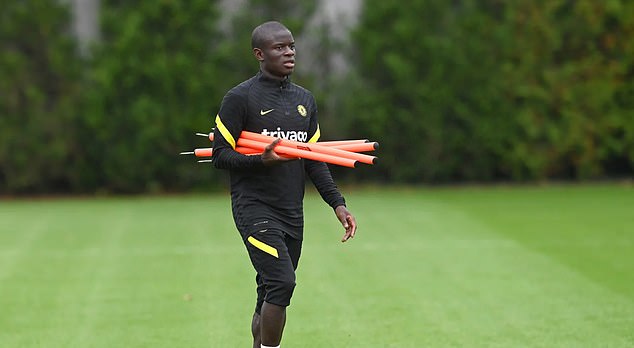 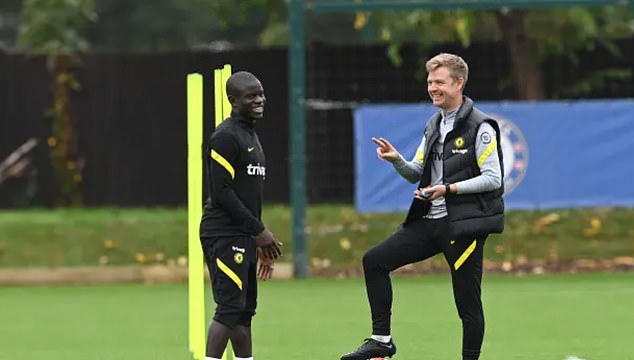 The 30-year-old is now in line to return for Chelsea’s west London derby with neighbours Brentford on October 16, as the Blues hope to keep hold of top spot in the Premier League.

With many of the Chelsea squad away on international duty this week, those training alongside Kante on Friday included the likes of Callum Hudson-Odoi, Hakim Ziyech, Saul Niguez and Trevoh Chalobah.

Ross Barkley, Malang Sarr and Ruben Loftus-Cheek were among the other non-international players part of the first-team training. 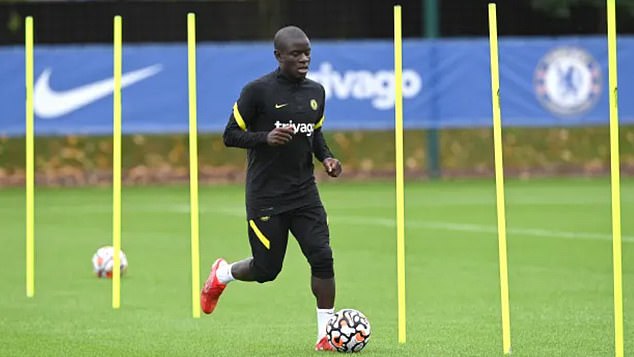 Kante was a big miss for the Blues after the Premier League leaders were beaten 1-0 at Juventus before a late show against Southampton saw them grind out a 3-1 win at Stamford Bridge last weekend.

Mateo Kovacic, Jorginho and Loftus-Cheek deputised in the middle of the park in Kante’s absence for the two matches.

Meanwhile, France were unable to call on Kante for the end of their Nations League campaign, with Les Bleus beating Belgium 3-2 on Thursday night to progress to Sunday’s final with Spain. 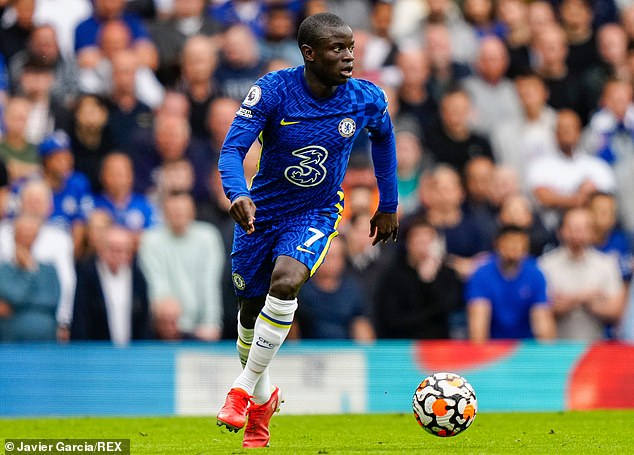 Didier Deschamps’ side went 2-0 down at half-time thanks to goals from Yannick Carrasco and Blues striker Romelu Lukaku, but a second-half revival saw Karim Benzema, Kylian Mbappe and Theo Hernandez score goals to earn a France win.

Kante’s positive coronavirus diagnosis raised more questions about whether footballers should be vaccinated, after Sportsmail discovered last week that nearly two-thirds of top-flight footballers are yet to be double jabbed.

Vaccine conspiracy theories about Bill Gates, infertility and the power of vitamins are said to have ‘plagued’ Premier League dressing rooms in recent weeks, which has led to most footballers rejecting the chance to be vaccinated. 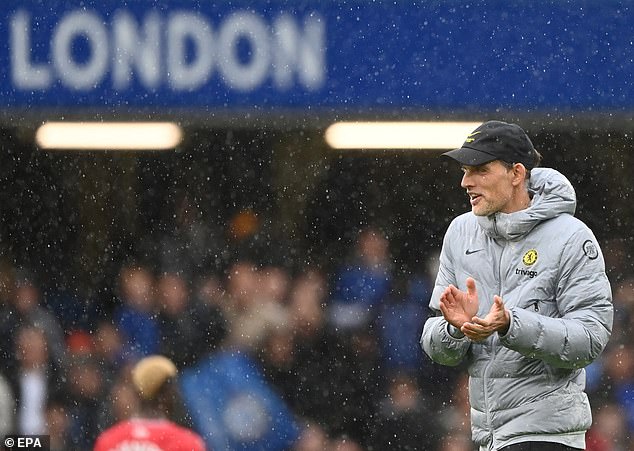 When Chelsea boss Thomas Tuchel confirmed Kante’s diagnosis last month, the German took questions on whether footballers should get vaccinated and set an example for others.

Tuchel responded: ‘It would be easy to say yes and get the applause from a lot of people but do I have the right to say it? I’m not so sure. I can make the decision for myself. Everyone else has to reflect on it and take the risk.

‘I am vaccinated like I said, I took the decision for myself but I don’t see myself in the position to speak out and give recommendations. I think that would go too far, I’m a football coach and I’m not an expert in this.

‘Everyone is an adult and lives in a free country and free society. We don’t like to lose players but we are not angry at N’Golo (for testing positive), we are concerned and worried for him just like I am with injured players. We will take care of them.’

Nearly 2million over-50s have yet to first Covid vaccine, despite booster drive kicking off already