Photos of DSS operatives allegedly assaulting a journalist at an Abuja court have been shared online.

The incident happened when the Department of State Services produced eight out of 12 aides of Yoruba nation agitator, Sunday Igboho in court on Monday August 2. 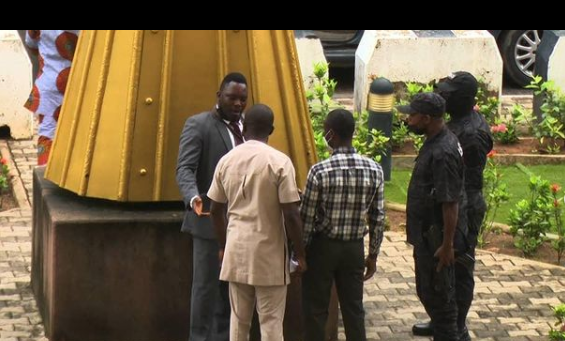 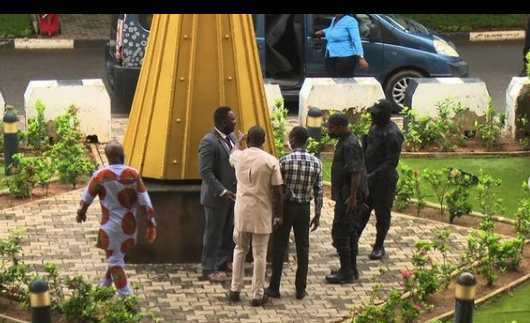 Olajengbesi in a statement titled, ‘SSS harassment of journalists in court premises’ said;

“I condemn in totality the brutal harassment of journalists and media personnel by operatives of the Department of State Service this morning at the Federal High Court, Abuja.

“Newsmen and reporters who had exercised their right to press to cover the trial of the abducted associates of Mr. Sunday Igboho were today intimidated, badgered and obstructed from carrying out their assignments in court by aggressive men of the DSS who went further to seize gadgets and other materials belonging to the newsmen.

“By cordoning off the court’s premises from Press access and intimidating the newsmen in court away from the spectre of the trial, the DSS erred arrogantly and aggrieved the very sanctity of the courtroom.

“With regards to all items unlawfully and forcefully taken off journalists at gunpoint at the court’s premises today, the DSS have twenty-four (24) within which to produce all in their original working conditions or face immediate legal action. Refusal to do so amounts to ‘authority stealing’ if not armed robbery and this will be challenged and remedied with punitive consequences against the DSS.

“While such intimidation and oppressive technique against the Press and innocent participants in court have become the modus operandi of the court, it goes against the very spirit and letters of the Nigerian constitution and other relevant statutes on the matter. The DSS are cautioned to refrain from this classless and unlawful path as it negates their very own existence as a creation of the law.” 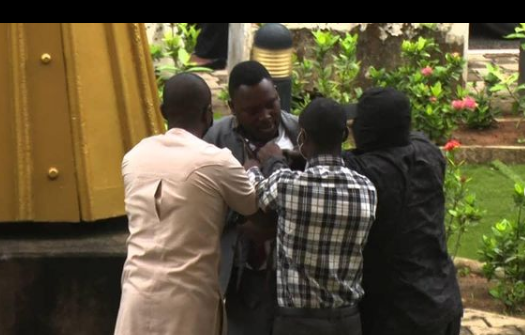 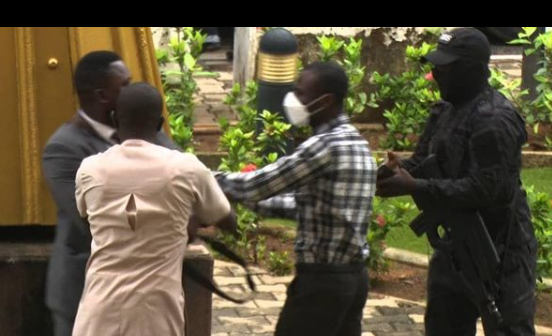