Adeyanju said this when he appeared on Arise TV on Tuesday following the release of the report of the Panel of Investigation set up by the Lagos State Government to unravel the incidents of October 20, 2020 at the popular Lekki Toll Gate, Lagos State.

The report released during the week had indicted the police and soldiers of the Nigerian Army of having killed and maimed armless youths protesting illicit police activities and bad governance in Nigeria.

Major General Taiwo, who appeared before the Panel during the investigation, according to the report, had told the panel that the soldiers acted on the command of Buratai, who in turn got instruction from the Commander in Chief, President Buhari.

Also note that before the release of the report, the Federal Government through the Minister of Information and Culture, Lai Mohammed, had in a series of press conferences continually denied that any one was killed when soldiers invaded the protest scene.

Despite the Federal government stance, the report shows obvious evidence that there was indeed a massacre at the Lekki tollgate.

“…More information about the massacre against humanity committed by the army led by Lit. Gen Turner Buratai would be sent to the International Criminal Court, ICC,” Adeyanju said. 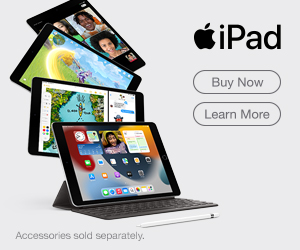 “We demand that arrest warrant should be issued against him and that he should be prosecuted because we believe that Maj. General Buhari government will not prosecute the perpetrators of this crime.

“We are calling that other officers who participated actively in the Lekki massacre be prosecuted.

“The interesting thing about international law is that it says that even after the command has been given for the massacre, those who refuse to take action against the perpetrators would also be liable.

“The Nigerian Army is liable in all these atrocities and it sll falls on the table of the President. The President and Commander in Chief of the Armed Forces is guilty of the crime against humanity and the Nigerian people as witnessed at the Lekki tollgate and we must all call it what it is.

“And the good thing again is the even the Heads of State are not protected from arrest warrant issued against them by the international criminal court.

“So the attempt by the Muhammadu Buhari regime to shield Buratai by offering diplomatic immunity does not survive in this case.

“Buratai is the one who was responsible for killing people at the tollgate acting on the instruction of President Buhari and Brig. Gen. Taiwo has told the panel.

“It is in the report. So ICC does not need further evidence. The ICC must step in. So that’s why we’re calling on other well-meaning Nigerians and members of the diplomatic corps to mount pressure on ICC to arrest the perpetrators of this evil.”