Nurse, 53, was found hanged by her husband, inquest hears
Advertisement

A brave nurse who lost both her legs and an arm after a cough turned to sepsis was found hanged by her husband, an inquest heard.

Jayne Carpenter, 53, was left with just one limb when a simple cough in 2016 developed into sepsis- a life-threatening reaction to an infection which occurs when the immune system overreacts and begins to damage the body’s tissues.

The hospital nurse, who lost her left arm below the elbow, both legs and four fingers of her right hand, soon began campaigning to highlight the dangers of sepsis.

She also vowed to battle on by fundraising to get pioneering limb surgery not available on the NHS and raised more than £20,000 of her £265,000 target.

But when he arrived at their house in Merthyr Tydfil, South Wales, he found her hanged.

The inquest heard the nurse, who suffered from depression and chronic pain, had twice taken an overdose – and the restrictions of the coronavirus pandemic stopped her from enjoying the things that were important to her. 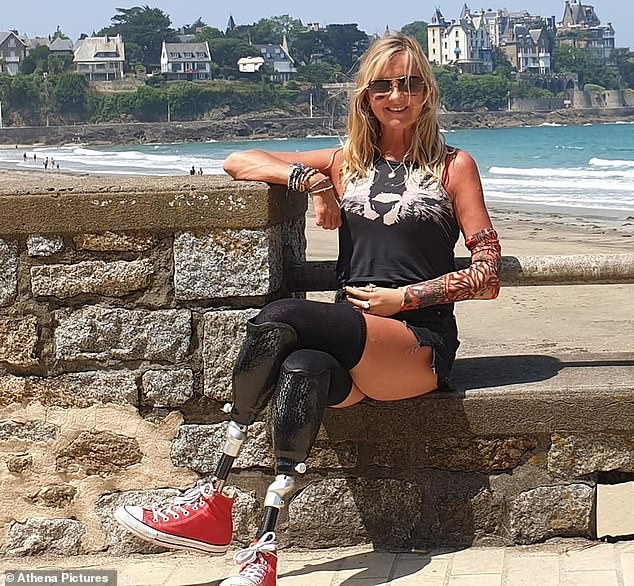 Jayne Carpenter (pictured), 53, lost both her legs and an arm after a cough turned to sepsis was found hanged by her husband 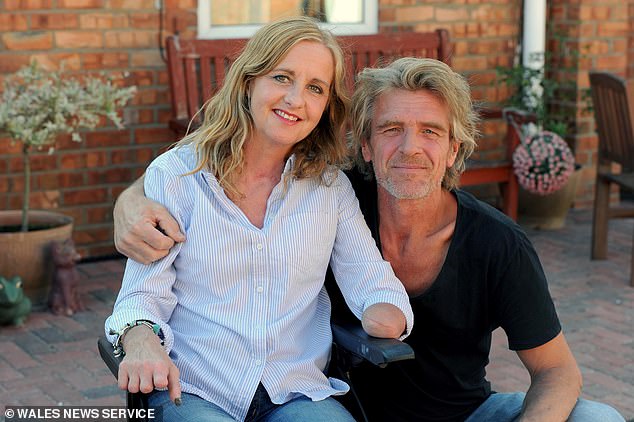 An inquest heard on the day Jayne’s death her husband of 22 years Robert, 56, got a call from her asking him to pick up their dog but when he arrived at their house in Merthyr Tydfil, South Wales, he found her hanged

On the day she died, tests showed she had drunk ‘a large quantity of alcohol’ but police did not find a note stating her intention to take her own life.

In a witness statement read out at Merthyr Tydfil Coroner’s Court last year husband Robert said: ‘She was in constant pain and knew she would never get better.

‘Covid was the tipping point, she was very down because she couldn’t dance and socialise and do the things that kept her going.’

He also said the nurse has offered him the chance to walk away but he told her: ‘I married you not for your arms or legs but because I love you’.

Last year, in a moving tribute to his wife, Robert also described the hospital nurse as ‘an amazing person’ and said: ‘The brightest star in my sky has burnt out.’

He said she was ‘happy, bubbly, sociable person’ who had a passion for ‘travelling around the world’ when they first met.

The nurse developed sepsis in 2016 after going to the doctor with a cough.

She was soon admitted to hospital where she was diagnosed with pneumonia and sepsis and spent two months in a coma.

After her amputations, Robert said his wife ‘put all her effort into regaining her life’ and ‘she amazed us as a family’.

He said that, as a sepsis awareness advocate, her experiences were used to ‘assist the education of medical students’.

But, in November 2019, he noticed ‘a sudden decline’ in his wife’s mental health and she began drinking more alcohol, the court heard.

Jayne has been hoping to get her old life back by having ground-breaking osseointegration surgery where a prosthetic limb would be attached to her remaining bone. 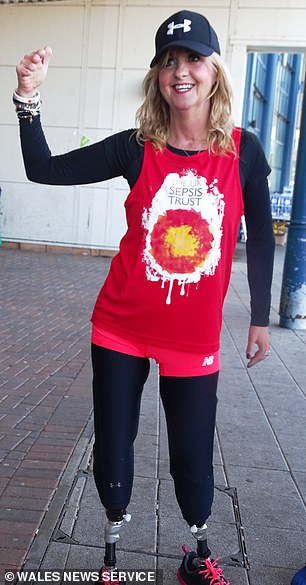 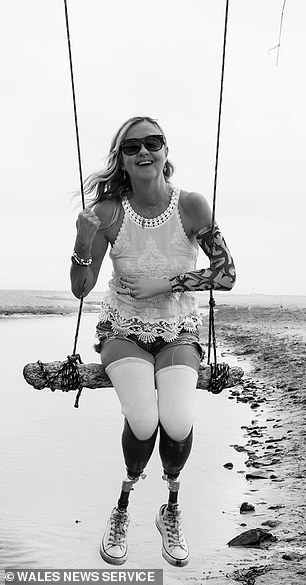 The hospital nurse vowed to battle on by fundraising to get pioneering limb surgery not available on the NHS and raised more than £20,000 of her £265,000 target 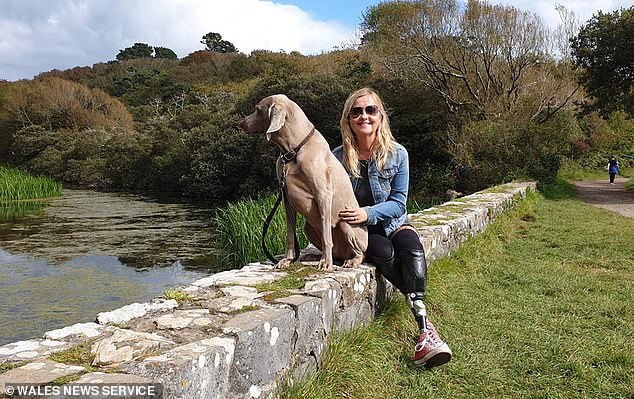 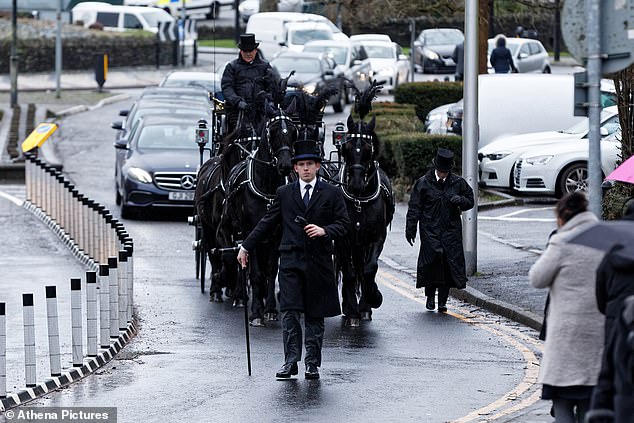 A horse drawn carriage pictured arriving at St Tydfil’s Old Parish Church last year. People lined the streets to say farewell to the hospital nurse ahead of her funeral

Jayne endured with her NHS prosthetic legs but was constantly on antibiotics for infections and strong painkillers for the nerve pain she endured.

She became a national campaigner, warning others of the dangers of sepsis, and the Royal College of Nursing gave her a special achievement award which she was ‘very proud of’. 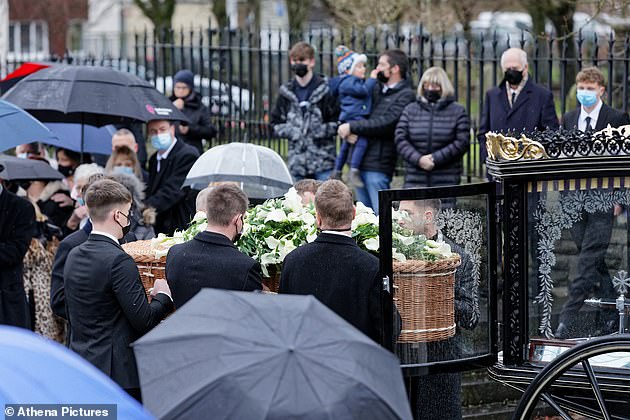 She added that her death was ‘in the context of traumatic, life-changing events having challenged her desire to live’.

A coroner concluded a narrative verdict at the Merthyr inquest that Ms Carpenter ‘died by self ligature in circumstances where her intention could not be discerned’.

Last year people lined the streets to say farewell to Jayne ahead of her funeral at St Tydfil’s Old Parish Church in Merthyr Tydfil, Wales.

Only 30 family and close friends were allowed at the church service due to Covid-19 regulations but it was streamed live on social media.

The song Roberta Flack’s ‘The First Time Ever I Saw Your Face’, which was Jayne and Robert’s favourite song, ended the funeral service before the nurse’s wicker coffin was taken to Cefn Coed cemetery for burial.