Arsenal: Arsene Wenger finally admits his regret at not LEAVING the club before 2018
Advertisement

Arsene Wenger has finally admitted his regret at not leaving Arsenal sooner than 2018.

The Frenchman is the subject of a new documentary titled Arsene Wenger: Invincible which is released in cinemas this week and focuses on his 22-year stint with the north London club.

During his reign he became the most successful head coach in the club’s history, landing three Premier League titles – including the memorable 2003-04 Invincibles campaign – and seven FA Cup triumphs.

However, his last few years at the club turned sour, with fans ultimately turning on him for what they perceived to be underachievement – despite consecutive seasons of Champions League qualification. 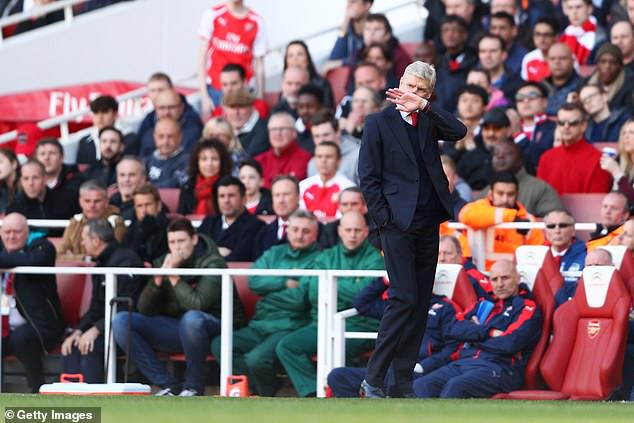 Wenger has previously described his final few months at the club as ‘like a funeral’, while other club legends, such as Dennis Bergkamp, have suggested he should have taken the leap to leave the Emirates sooner than 2018.

Now, for the first time, the 72-year-old has admitted that he was wrong to stay in situe at the club for as long as he did.

‘I identified myself completely with the club – that was the mistake I made,’ said Wenger – as per the Telegraph. ‘My fatal flaw is I love too much where I am … where I was. I regret it. I should have gone somewhere else.’

Attempting to pinpoint where his time in north London took a turn, Wenger points to the departure of David Dein from the Arsenal board in 2007.

Beforehand, in his first decade at the club, his reign had been synonymous with success, the Frenchman’s three Premier League titles all coming in his first 10 years.

He was in charge as Arsenal made the move from Highbury to the Emirates in 2006, a move that, while imperative for long-term financial improvement, hampered the ability to improve the team’s fortunes on the pitch in the short term.

And Wenger admits that while Dein made his decision to move on at this stage, it was also a time where he should have reflected upon his own role.

‘Sometimes I wonder – was something broken after that Invincible season?’ said Wenger.

‘2007 was a decisive point. It was the first time I could feel there were tensions inside the board. I was torn between being loyal to the club and being loyal to David [Dein]. 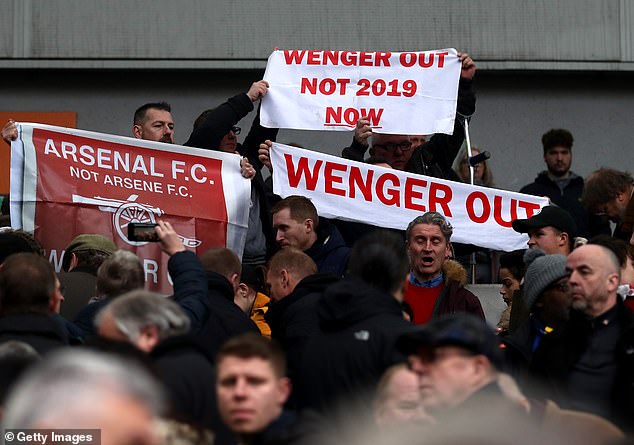 ‘I still today wonder if I did the right thing because life was never exactly the same after. I thought, “I have now to go to the end of this project”.

Wenger has not been back to the Emirates since leaving three years ago – something he admits he finds sad.

‘Now there is no special reason for me to go there,’ he said. ‘All the rest is purely emotion, and that is less important. It is the end of your life – at least of one life – like a funeral. The end of a love story is always sad.’