Arsenal look to be on the mend after bouncing back from a horrific start to the season in which they lost their opening three games of the campaign for the first time in 67 years.

Mikel Arteta’s job was under heavy scrutiny, after a 5-0 thumping at the hands of Manchester City left the Spaniard at his ‘lowest’ point since he became manager in December, 2019.

It brought a disastrous August to a close, in which they were also tactically outclassed in defeats to newly promoted Brentford and London rivals Chelsea, with many speculating that a bad result in their fourth game against Norwich could spell the end of Arteta’s tenure. 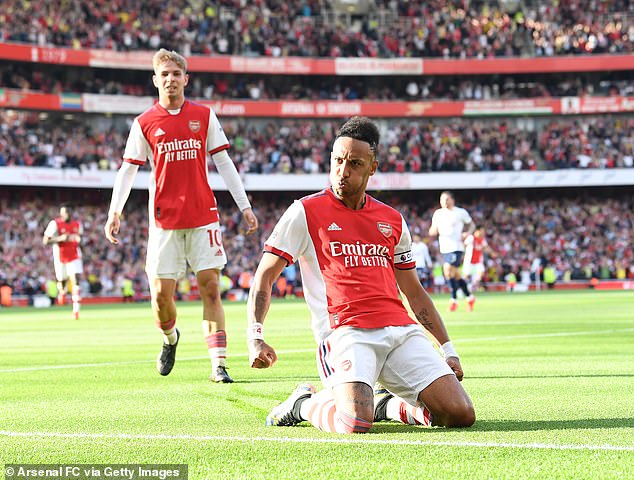 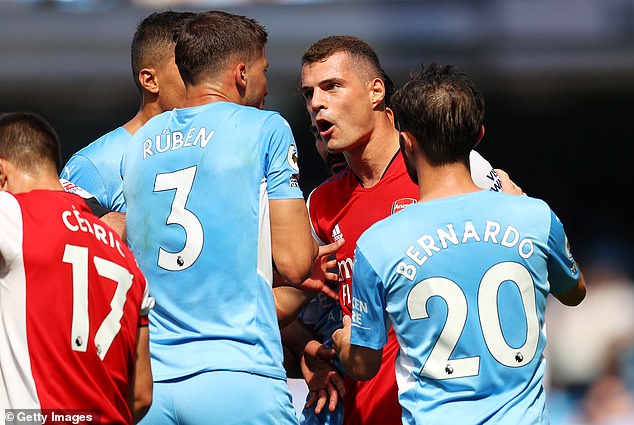 Two months on and there are signs of promise for the Gunners. They are unbeaten in their last eight games in all competitions and though more bumps along the road are expected, they are starting to look like a side that can challenge for Europe.

Though there are reasons to be optimistic, their current form will mean nothing unless they can pull out a statement result. Arsenal scraped to victories over Norwich and Burnley but were mightily impressive against Tottenham and Aston Villa.

A victory in the north London derby would strike many as the big result they still need, but Arteta will rarely have the luxury of playing a huge game against an opponent as complicit and haphazard as Tottenham were that day.

Arsenal need to follow that result by taking points off other teams also contending for Europe and the game against Leicester on Saturday could provide a better reflection of what is in store for them this season.

The Foxes have finished ahead of Mikel Arteta’s side for the past two seasons and narrowly missed out on the Champions League by just one point last campaign.

Like the Gunners, Brendan Rodgers’ side are just starting to kick into gear after a slow start to the season, but with the quality they possess they will more than likely be pushing for Europe behind likely title challengers Manchester City, Liverpool and Chelsea. 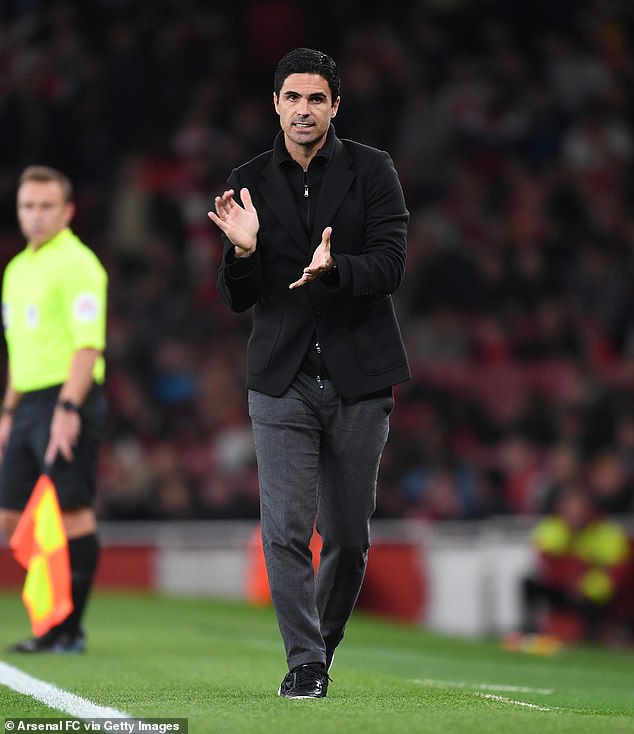 After finishing eighth in the past two seasons, Saturday’s game at the King Power could be a telltale sign of whether the Gunners have in fact closed the gap, or whether more needs to be done.

Arteta’s project at the Emirates was never intended to be a short-term fix and they are clearly a team building for the future around their talented youngsters. Last season, it was their young stars that carried the team while veterans such as Pierre-Emerick Aubameyang went missing.

Aubameyang netted 54 goals in his first two-and-a-half years at the Emirates, helping them win the FA Cup and Community Shield, as well as being a joint winner of the Golden Boot in 2019.

Last season was a different story as he scored just 10 league goals, looked disinterested on occasions and was dropped for the north London derby after turning up to the game late.

Some speculated whether the lucrative £350,000-a-week contract he signed in September 2020 was the reason for his downturn, with a similar drop in productivity coming from former star Mesut Ozil after he signed a new deal in 2018. 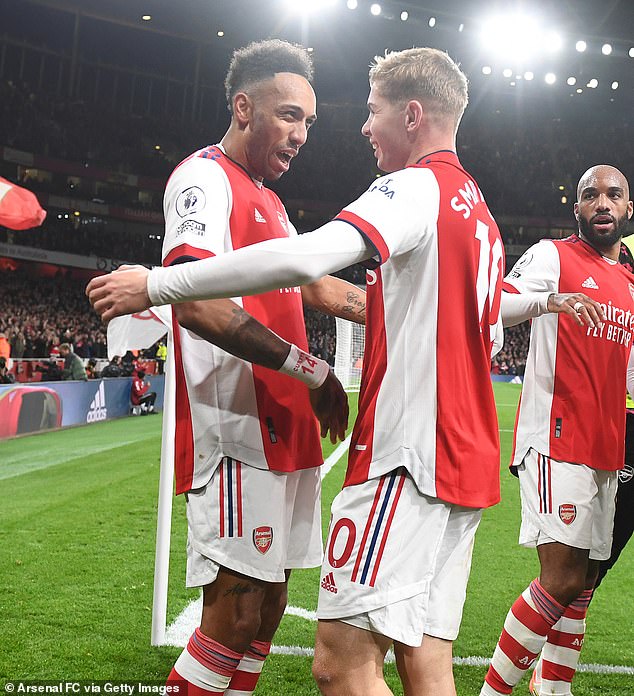 Pierre-Emerick Aubameyang (left) has started to return to his best, while Emile Smith Rowe (right) has arguably been Arsenal’s most impressive performer

Aubameyang, though, has enjoyed a return to his pre-contract form this season, scoring four goals in six games, with Arteta going as far to say he has ‘never seen him transmit what he is doing’ currently on the pitch since he arrived.

His upturn in form comes as a handy boost, offering some much-needed experience while the Gunners’ young stars continue to build their game – in particular Emile Smith Rowe.

The tricky midfielder has arguably been Arsenal’s standout star of the season to date, producing some special performances and grabbing the attention of Gareth Southgate. The England boss claimed before the October international break that the 21-year-old was ‘very close’ to making the squad, and it surely won’t be long before he gets his first cap.

Improvements have also been made in defence with Ben White starting to impress alongside Gabriel at centre-back, while Japanese full-back Takehiro Tomiyasu has quickly become a cult hero at the Emirates.

One improvement which was perhaps not expected has come in goal. Aaron Ramsdale’s last couple of years have not been one long and unbroken upward trajectory. 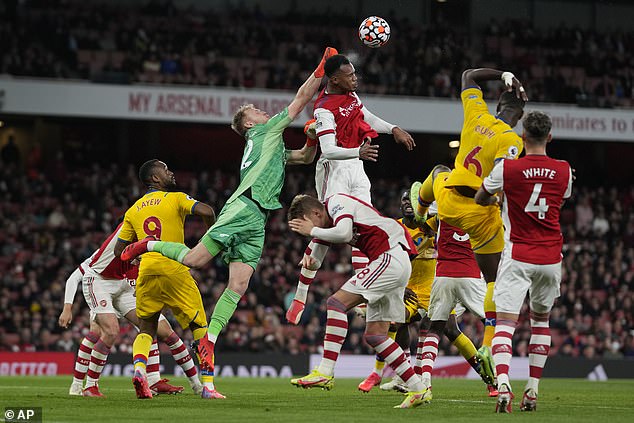 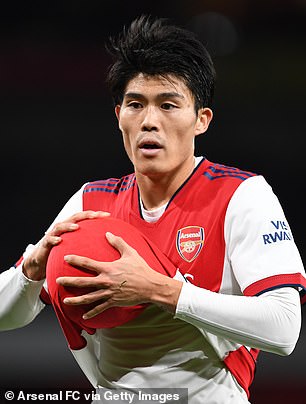 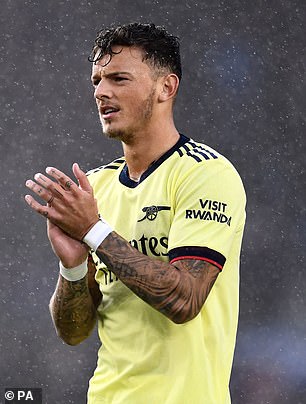 His back-to-back relegations with Sheffield United and Bournemouth added to some scepticism ahead of his £25m arrival and people questioned why Arsenal were spending so much on a ‘back-up’.

Ramsdale, though, has ousted Bernd Leno from the line-up and helped shore things up at the back since he broke into the team in their 1-0 victory over Norwich.

The doom and gloom in August has been replaced by optimism that the Gunners might start to show some progress after two seasons of misery.

Like Ole Gunnar Solskjaer at Manchester United though, Arteta never seems to be far away from a drop in form after a couple of positive results.

The Spaniard will be keen for his side to avoid falling back down a slippery slope with tricky games coming up against Leicester, Liverpool, Manchester United, Everton and West Ham in their next eight games – all teams who are hoping to qualify for Europe this season.

Their current six-game unbeaten run will all be for nothing if they can’t successfully tackle other teams challenging for the top positions this term. 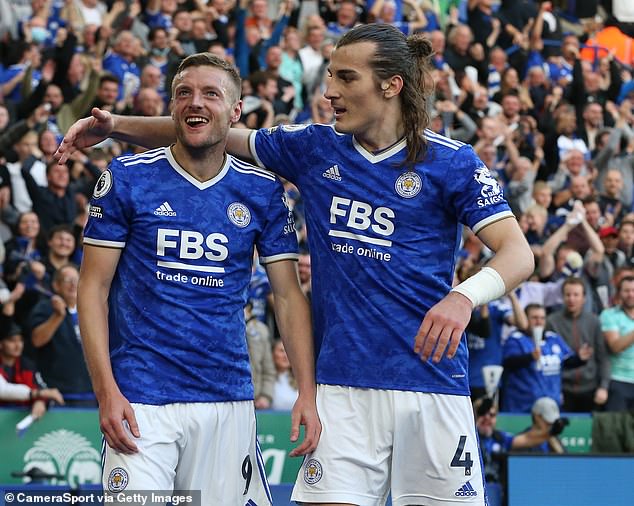