Ashes: Aussie press and fans tear into Joe Root's England side on day one
Advertisement

Aussie fans tear into Joe Root’s England side with hilarious memes following their abysmal batting display on day one of the first Ashes Test, after the captain won the toss and chose to bat

Australia fans have ripped into England following their disastrous first day of the Ashes Down Under.

Joe Root‘s hapless outfit were bowled out for 147 on day one of the first Ashes Test in Brisbane with England collapsing to 29 for four after Rory Burns was dismissed first ball.

The Queensland Police led the Aussie mocking of their rivals on Wednesday morning and the Australian press and fans have piled in to tear into England’s abysmal day with the bat with hilarious memes on social media.

One wrote alongside a building falling down: ‘I wouldn’t say @englandcricket’s first day in the #Ashes2021 is a complete disaster. After all, what’s less common than an England batting collapse? If anything, this just sets up the rest of the tour for what every England fan ever expects. Failure.’

Meanwhile another posted a gif of McLaren’s Formula One driver Daniel Ricciardo dancing with the caption: ‘Me watching the England collapse.’

One fan posted a video of former Arsenal interim boss Freddie Ljungberg walking out at the Emirates Stadium and bending down to touch the turf before heading back down the tunnel with the caption: ‘Rory Burns and Joe Root highlights.’ 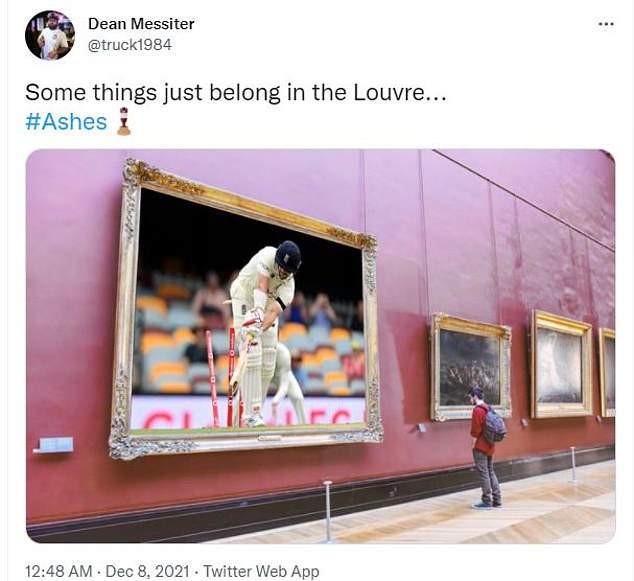 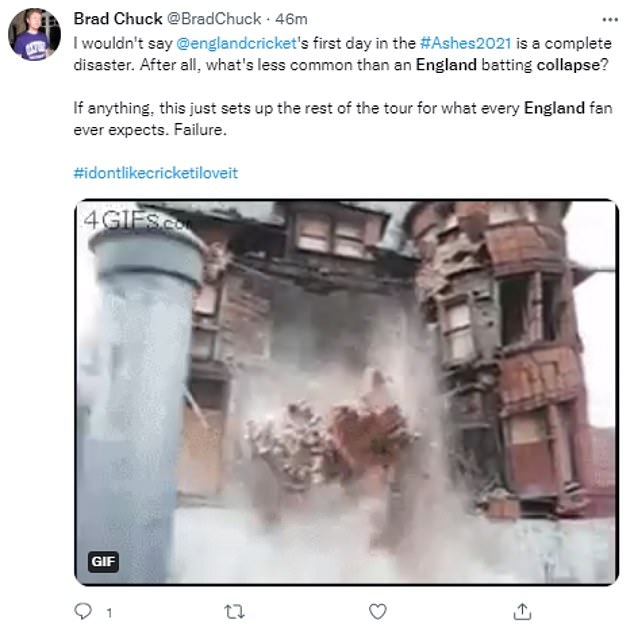 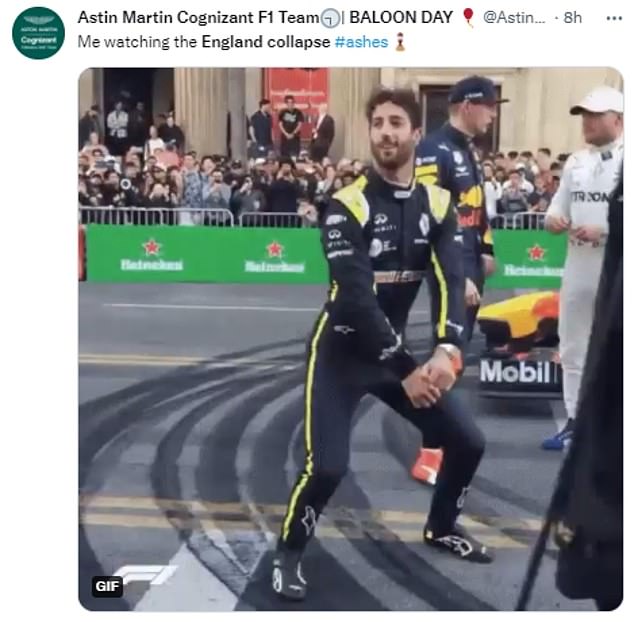 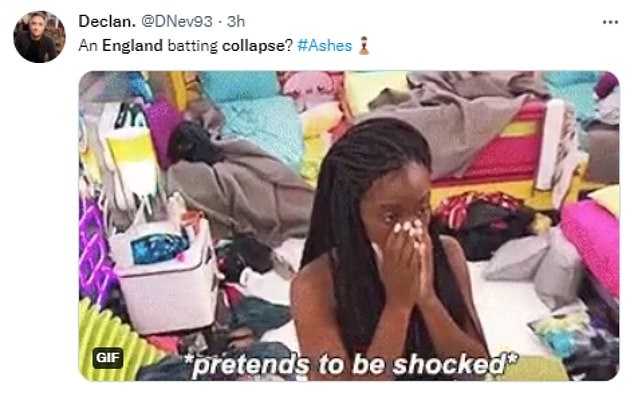 While another Australian outlet asked if ‘anyone had a time machine’ alongside a clip of England skipper Root winning the toss and opting to bat.

Starc’s first-ball dismissal of Rory Burns set the tone for the worst possible start to the series for England, with Root out for a duck and Ben Stokes able to contribute just five.

One fan mocked Burns by putting a picture of his dismissal into a frame and wrote: ‘Some things just belong in the Louvre…’

The headline on The Sunday Morning Herald’s lead story read: ‘That time Starc knocked the England bloke over first ball,’ alongside a picture of the Aussie bowler celebrating and four shots of Rory Burns’ wicket being claimed altered into the same picture.

A torrential downpour denied England the chance to recover with the ball in the evening session, leaving them hoping for more bad weather in the days ahead.

One Twitter account was quick to pick up on England’s need for rain as they wrote: ‘Joe Root caught outside the Gabba doing a rain dance???’ with Root’s face superimposed over a dancing child’s. 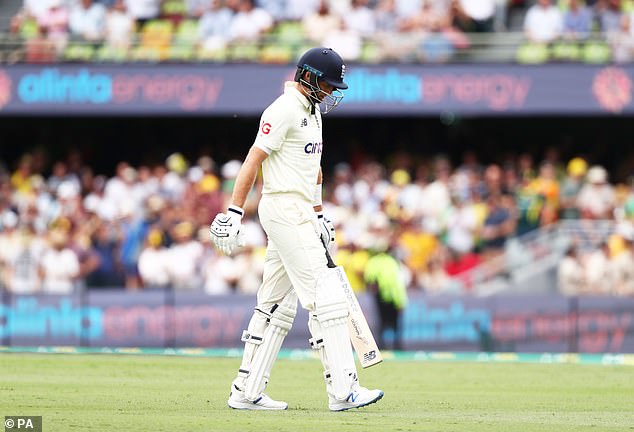 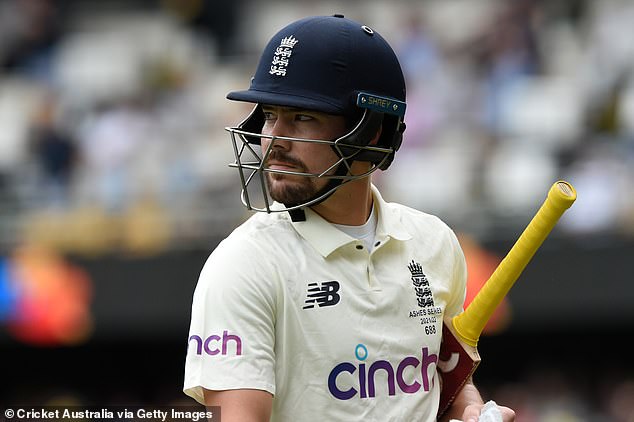 The Queensland Police had earlier posted a witty ‘traffic update’ playing on the names of the Australian players.

‘A large crowd for the first test so plan your Cummins and goings. We’d be Lyon if we said there’ll be nothing but Green lights near the Gabba. Don’t say we didn’t Warner.’