Sergio Aguero suffered breathing difficulties on his home debut for Barcelona and has since been whisked off to hospital for further tests.

The Argentine striker, who left Manchester City for Barcelona as a free agent in the summer, required medical attention shortly before half-time having complained of dizziness.

There was growing distress in the stadium in the 40th minute as Aguero lay flat on pitch, having gone down moments after he had his hand placed on his chest. 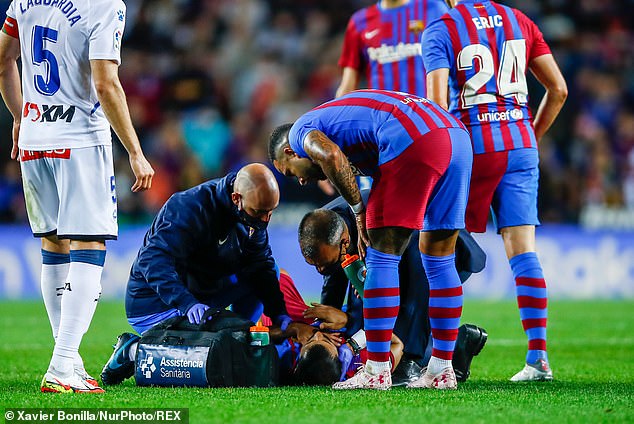 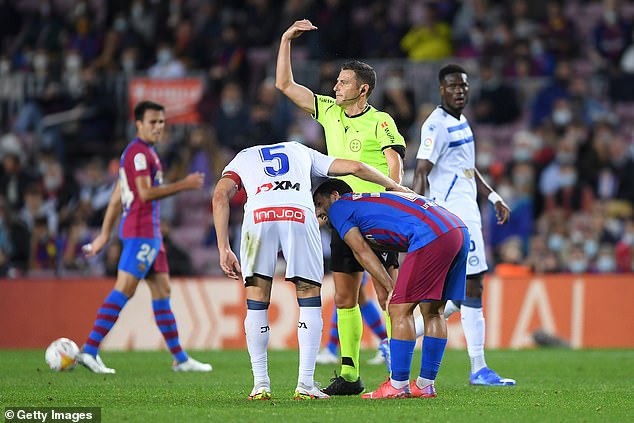 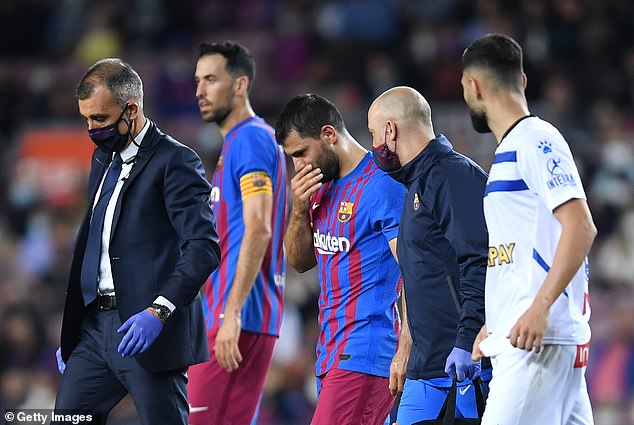 Barca’s medical staff rushed on the pitch to assist Aguero and looked to place him on a stretcher, before he eventually got up and slowly walked off the pitch unaided.

The 33-year-old was then replaced by Philippe Coutinho and he has now gone on to hospital for some precautionary tests to understand why he found himself struggling to breathe.

Aguero’s condition is believed to have improved since but his heart-rate was reported to have been significantly higher than normal.

‘Aguero? All that I know us that he’s in the hospital, I don’t know anything after that,’ interim boss Sergi Barjuan said.

Arsenal: Pundits heaps praise on Mikel Arteta for turning Gunners’ woeful start to the season around