In September Celtic led 2-0 in Spain after 27 minutes and finished up losing 4-3. Here they scored the opener with their first chance and rode their luck until a chaotic spell between the 69th and 78th minutes when both teams scored twice and the art of defending officially died.

David Turnbull’s penalty proved the difference between the teams, Betis striking the bar deep into an incredible period of added time when substitute Mikey Johnstone blew a sitter. You can only wonder how a breathless game of football would have played out had either team actually had something to play for. 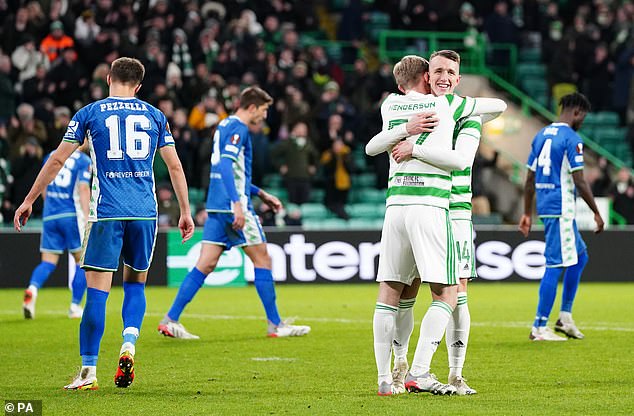 Four days after his side produced their best performance of the season in a 3-0 win over Dundee United, Ange Postecoglou gambled on changing all eleven of his starting line-up. The first of eight games in 23 days plans to rest his key performers didn’t go quite to plan.

A replacement for the injured Albian Ajeti after 26 minutes, the sight of top scorer Kyogo Furuhashi limping from the field after 71 minutes chilled the Celtic support to the bone.

Already missing winger Jota for Sunday’s League Cup Final at Hampden the loss of the 14-goal talisman was the precise scenario Postecoglou really hoped to avoid.

The Europa League campaign already over, third place in the group was enough to secure a place in Monday’s draw for the play-off round of the Europa Conference League. 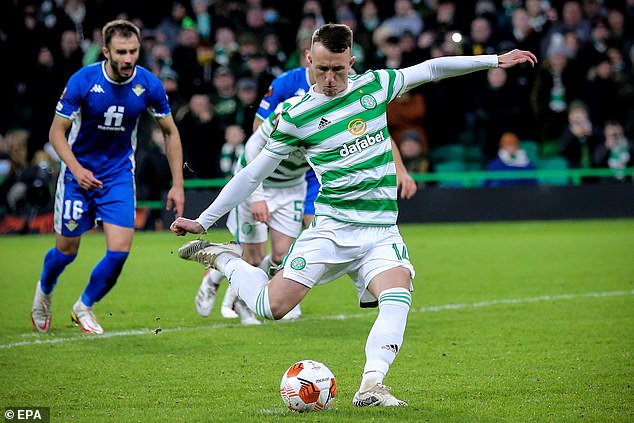 While Celtic clung on to claim their third win of the group, however, it felt like a costly old victory in the end. But for the winning spot kick from from Betis striker Borja Iglesias during a frantic eleven minute spell there might have been no victory at all.

The night started in promising fashion. Celtic made a sprint start to a 4-3 defeat in Spain in September and so it was here.

The first experience Stephen Welsh had of European football came on wet Tuesday afternoons in Greenock, facing the likes of PSG and Barcelona before three men and a dog in the UEFA Youth League.

After three minutes the central defender’s header from a Liel Abada corner found its way into the net for his first goal in Europe and only his third for the first team. Staging a 90 minute silent protest against the appointment of former police chief Bernard Higgins the Green Brigade almost cheered. 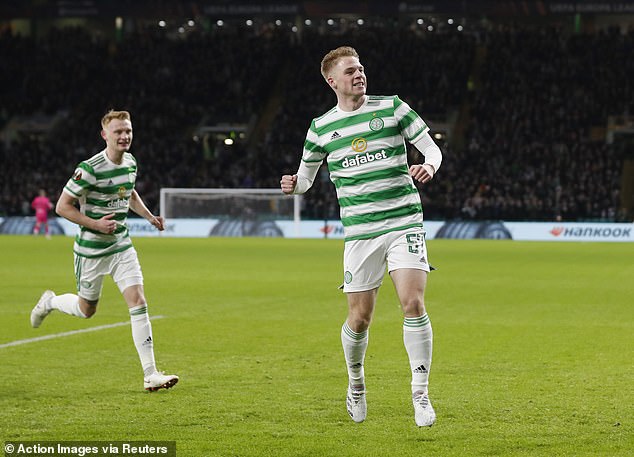 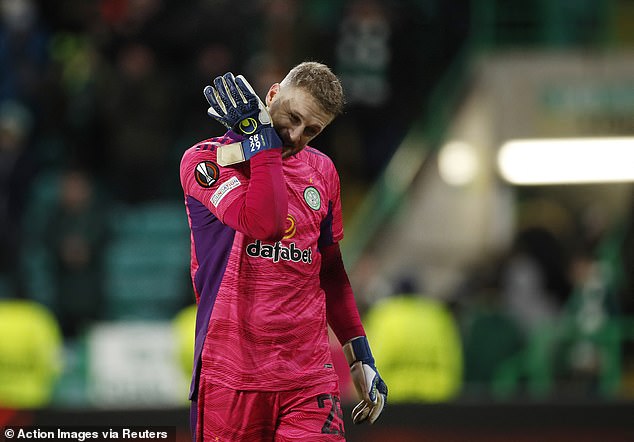 Lesser spotted summer signings Osaze Urhoghide and former Sheffield Wednesday team-mate Liam Shaw handed their first team debuts while Liam Scales, scorer of the third goal at Tannadice, was rewarded with his first start. Against an inexperienced starting eleven Betis crafted a series of chances to level before half-time.

The first came after 16 minutes. The goalscorer Welsh was robbed of possession in the Betis half, two passes on the break cut the home team apart, Mexican winger Diego Lainez slamming a glorious chance wide of the post after decent tracking back and pressure by Urhoghide.

The quick feet of Mexican winger Diego Lainez then teed up a shooting chance for Cristian Tello – a curling shot pushed away by Scott Bain.

At the age of 40 Real Betis legend Joaquin remains a force of nature. The number 17 forced a fine save with a terrific chance from Juan Miranda’s low cross from the left. Before the interval William Carvalho and Paul Akouokou would test Celtic further, the latter’s rasping long range strike smashing off the woodwork. 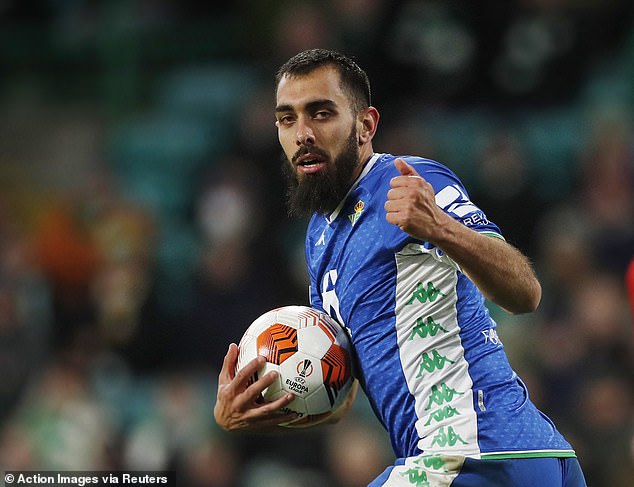 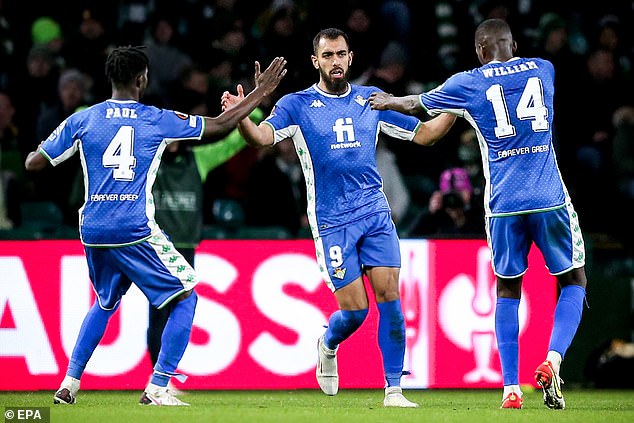 Drinking in the last chance saloon, Albian Ajeti’s first team reprieve was short-lived. Before the half hour the Swiss striker chased down a pass back and pressed the keeper Rui Silva into a panicked clearance Ajeti nearly managed to divert the ball into the net and the reward for his industry was a hamstring pull and a long anguished limp around the touchline, shaking his head as supporters greeted the arrival of Furuhashi with undisguised delight. The Japanese international had been rested for less than half an hour.

Kyogo almost doubled Celtic’s lead straight from the restart, but suffered an early end to his night after pulling up with 19 minutes to play. For the home side it felt like a double whammy minutes after Betis had claimed deserved lead through a moment of lucklessness for Scott Bain.

The introduction of Callum McGregor, David Turnbull and Mikey Johnston by Postecoglou was a move to see out the game. It didn’t have quite the desired effect 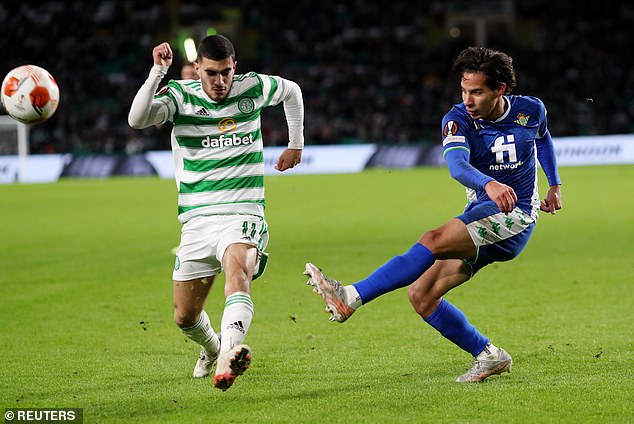 With 69 minutes played the evergreen Joaquin ghosted past Mikey Johnston and cut the ball back into the path of Iglesias. Bain touched the ball onto the post before the ball bounced off his right foot and into the net for 1-1.

Young Henderson’s introduction for Furuhashi was fairytale stuff, the 21-year-old midfielder finishing off Johnston’s low cross with his first touch of the ball.

The game was breathless now. The score was level once more when Iglesias claiming his second goal in five minutes, racing through a stretched Celtic defence to finish calmly.

Fair play to the home side. Creaking at the seams they could have folded in the late stages much as they did in Betis. Instead they claimed the lead for a *third* time with 12 minutes to play.

Liel Abada refused to give up the ghost, outpacing Edgar Gonzalez to nick the ball in front of the defender and win the penalty. Turnbull dusted himself down to send the keeper the wrong way and restore Celtic’s lead once more. 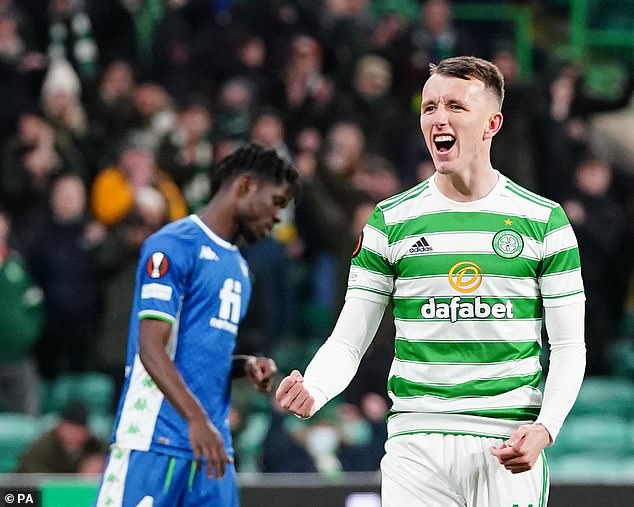 An incredible game still wasn’t done. Mikey Johnston had a goal chalked off for offside then blew a glorious chance when right through on goal. It almost cost Celtic dear when the old boy Joaquín swung in two great crosses in quick succession. The second was met by Martin Montaya, a header into the turf spinning up against the crossbar before Nir Bitton headed clear a follow-up volley.