Champions League: Group G is balanced on a knife edge with ALL FOUR sides hopeful of advancing
Advertisement

While all eyes will be on Group E, with Barcelona under threat of their first group stage elimination since 2000-01, a four-way shootout awaits in Group G of the Champions League tonight.

Lille, Salzburg, Sevilla and Wolfsburg have slugged it out over five group games and as all four sides prepare for tonight’s final group games, it is still all to play for the quartet.

‘It’s an important match,’ Lille defender and former Southampton star Jose Font said on Tuesday. ‘We know what that represents. We all want to do a great performance on Wednesday. 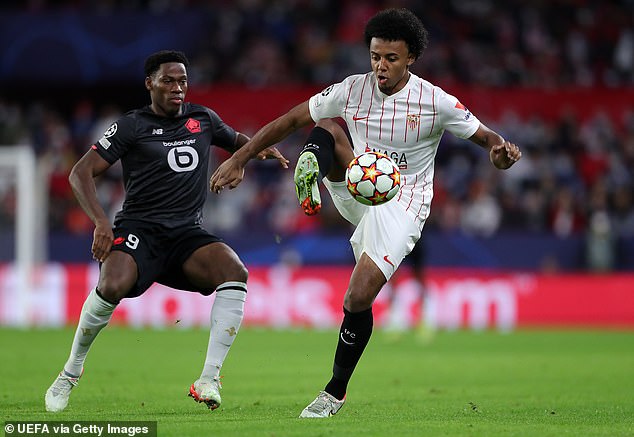 Lille, Salzburg, Sevilla and Wolfsburg are all in with a chance of making it out of the group

‘We will do everything to try to win. To qualify, two results are possible. We will have to manage well to have this possibility of finishing at the top of the group. We have chained two victories and it is already good. We only think about winning.’

In a group where all four can still go through on the final day, Lille will perhaps feel most confident in their position.

Sat atop the group with eight points, the Ligue 1 side travel to Germany to take on Wolfsburg, who are in fourth position on five points. Salzburg occupy second spot with seven points, while Sevilla are in third on six points.

As Fonte alludes to, a win or a draw will be enough to seal qualification to the last-16, although victory will clinch top spot and see the French side avoid the likes of Man City, Liverpool, Chelsea and Bayern Munich in the next round.

And they will certainly be in buoyant mood heading to Germany. The French champions put in a gritty performance to defeat Troyes 2-1 over the weekend, and take on a Wolfsburg side enduring a torrid slump of five games without victory – culminating in Saturday’s 3-0 defeat at Mainz.

It is a tall order for the Bundesliga side to do the unthinkable and gazump their rivals to a last-16 position, with victory the only option for Florian Kohfeldt’s side to progress. 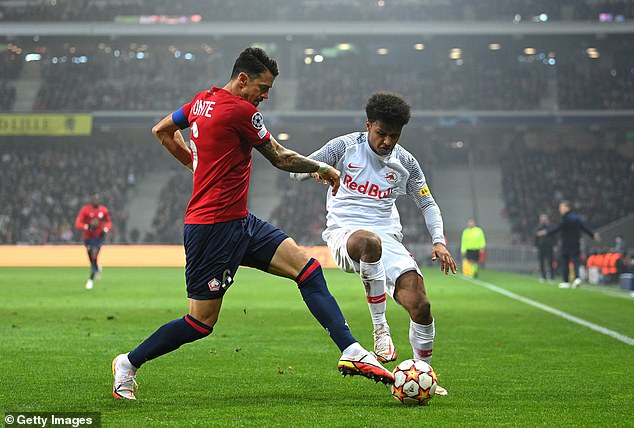 They are not helped by the absence of star striker Lukas Nmecha, either. The former Manchester City starlet will serve a ban tonight owing to an accumulation of yellow cards picked up during the competition.

Kohfeldt, though, insists that there are other members of his squad who can step up in the 22-year-old’s absence.

‘We still have one or the other in the squad who can score,’ the 39-year-old coach insisted. ‘Together with Wout [Weghorst] we will have a very good mix. It is crucial to create the situations in the box.’

Should the Germans find their shooting boots and defeat the group leaders by a margin of three goals or more, and the other group game in Austria ends in a draw, they would, remarkably, climb from fourth to top of the group. 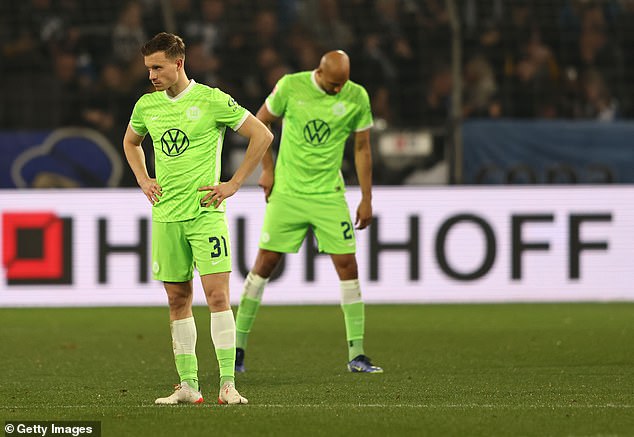 They face Wolfsburg , with the Germans enduring a torrid run of five games without victory 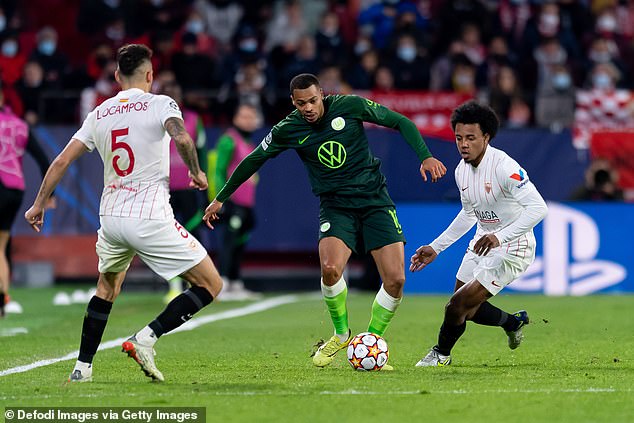 Sevilla will set out to slam the door shut on Wolfsburg and snatch a qualifying spot for themselves.

Put simply, the Spaniard’s trip to Austria is a case of do-or-die. Julen Lopetegui’s side have been titans of the Europa League but have continuously fallen short on the big stage, yet with no European heavyweights in this group, they still find themselves on the brink of elimination from the Champions League.

A draw won’t be enough for Sevilla, on six points, to usurp Salzburg (7) and Wolfsburg (8) into the top two places, and the LaLiga side have been hit by an injury crisis ahead of their crunch clash against the Austrian champions. 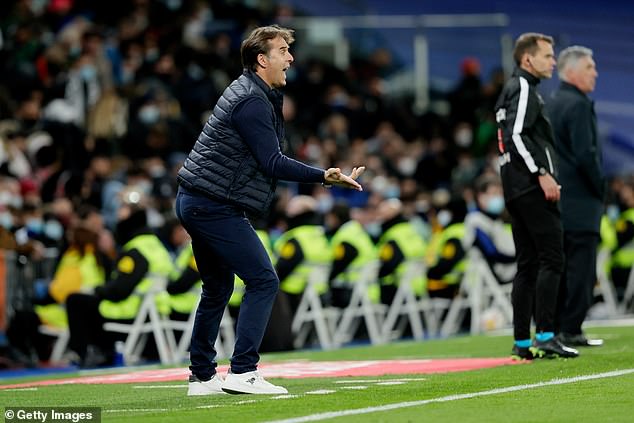 Lopetegui will be unable to use Suso, Marcos Acuna, Erik Lamela, Jesus Navas or Youssef En-Nesyri with all five players sidelined with injuries and the former Real Madrid boss has labelled this shootout a ‘final’.

‘We have a real final on our hands, now, in a complicated scenario against a complicated rival,’ Lopetegui said after Saturday’s 1-0 win over Villarreal. ‘We have to rebuild, see what troops we have available and prepare well.’

Lopetegui is correct: Salzburg are a complicated side. On the face of it, the Austrians are absolutely steamrolling their domestic league, leading their nearest rivals by a whopping 12 points already. 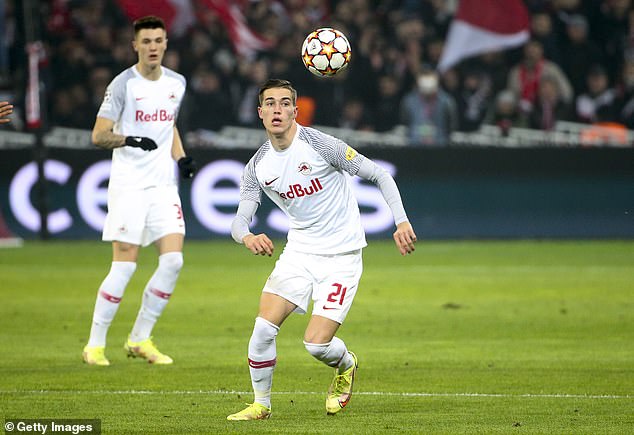 Yet they have won just two of their last seven games and have suffered back-to-back defeats in Europe by Lille and Wolfsburg. Like Sevilla, a draw may not be enough to advance if Wolfsburg win by a big margin in Germany.

‘We will go out to give everything and win,’ Salzburg coach Matthias Jaissle said on Tuesday. ‘We will see if our performance is sufficient against a great European team like Sevilla.

‘It’s an all-or-nothing match and we depend on us to pass,’ he added: ‘If someone had told us we could pass in the last game we would have signed.’

All four sides talk a good game, but four does not go into two. With Group G poised on a knife edge, something has got to give.