Chelsea comfortably top the table for the number of minutes played by foreign stars in the Premier League this season, with some homegrown talent struggling for game time.

Analysis by the CIES Football Observatory shows that the Blues have fielded ex-patriate players for 87 per cent of the time they have been competing in the top flight, this term.

Wolverhampton Wanderers’ Portuguese influenced squad are in second place (82 per cent) and Manchester City’s all-stars are third (78 per cent), with all but four Premier League teams playing ex-pats for more than 50 per cent of the minutes played. 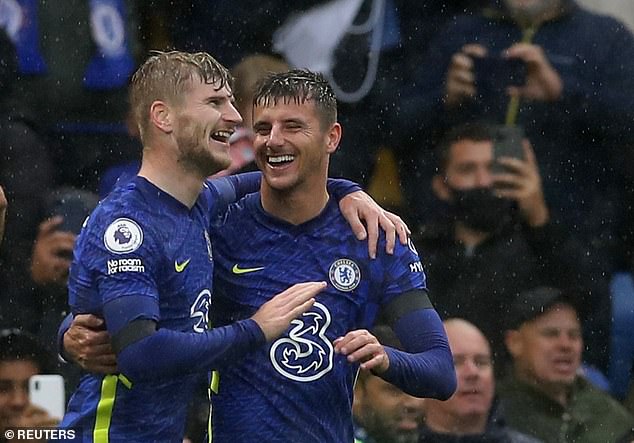 Chelsea have used ex-patriate players in 87 per cent of the minutes played so far this season, including German forward Timo Werner; England’s Mason Mount has played the most of the homegrown talent at Stamford Bridge

At Chelsea, Mason Mount is the only English player who appears in the club’s top 10 regular performers based on minutes played. The attacking midfielder is ranked ninth, albeit in a squad that is rotated more than most and features just one ever-present in Germany’s Antonio Rudiger.

The latest statistics come following an international break in which England boss Gareth Southgate has been forced to pick players who are currently struggling to make the cut at their clubs.

First-choice central defender, John Stones, appeared for England on Tuesday against Hungary but is yet to play a single minute for his club, Manchester City, in the Premier League 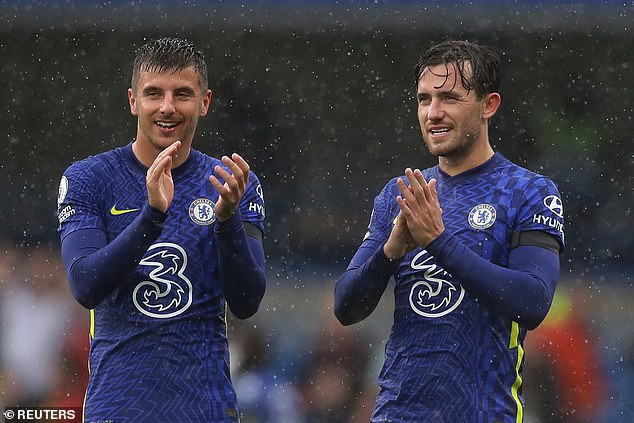 Midfielder Mason Mount makes the top 10 for minutes played in the Chelsea squad, but full-back Ben Chilwell has only 90 minutes under his belt in the top flight this season

Despite the lack of game time, the England manager has stuck with Stones. ‘I don’t foresee it being a problem, he’s just been really unfortunate,’ Southgate said this week.

In the past, similar statistics on playing time for English players have led to ritual hand-wringing about the impact on the performance of the national team.

Southgate has previously made it clear that he will only select those who are playing regularly for their clubs.

‘I can’t rule out players in the Championship,’ he declared in 2018 following a study into playing time for domestic players. ‘Our pool is getting smaller and smaller.’

But the England boss has changed tack recently given his inclusion of Stones, Chelsea’s Ben Chilwell (who has played just 90 minutes of Premier League football this term), Manchester United’s Jesse Lingard (48 minutes) and arguably, even Manchester City’s Phil Foden (195 minutes), in the current England squad, all of whom are not appearing regularly at club level. 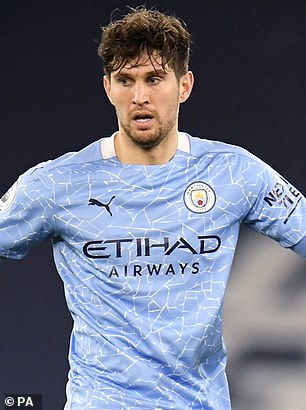 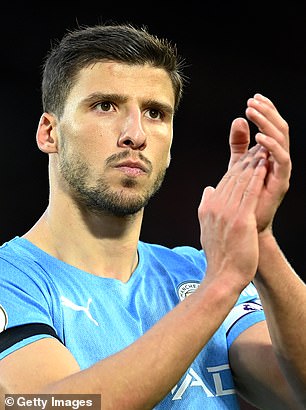 John Stones is yet to play for Manchester City in the Premier League this season, but Portuguese defensive partner Ruben Dias has not missed a minute

However, limited  game time did not appear to affect Foden, who ran the show in England’s 5-0 win over Andorra on Saturday and won rave reviews, including from Southgate, with the Three ;Lions’ coach praising City’s management of the young talent.

He was less effective against Hungary, but was operating in a new combination alongside Mason Mount and with just one holding midfield player.

Inevitably, the emotional impact of the game-time statistics is mitigated this time around since the national team – Tuesday’s stuttering performance aside –  is enjoying an extraordinary period of success with hopes high for the World Cup in 2022, once qualification is completed.

England have strength in depth in most positions and qualified for their first major final in the summer in 55 years, losing on penalties to Italy in the Euro 2020 final, after playing some of their best tournament football in living memory. 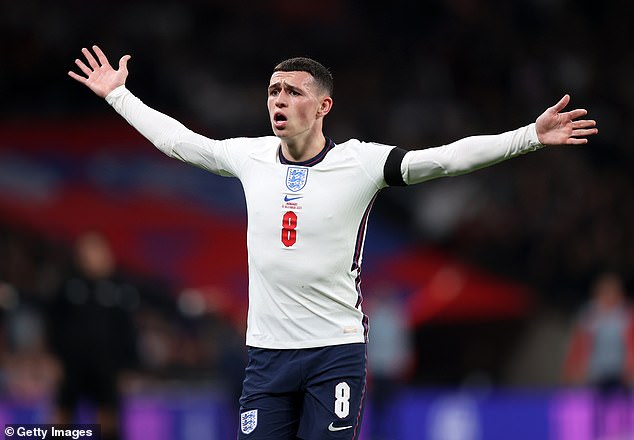 In addition, there is also some evidence to suggest that while English players continue to play second fiddle to foreign stars in the top flight, home-grown talents who do feature are playing more prominent roles for their clubs.

In a separate study published by CIES earlier this year, playing time for English players in the Premier League was higher than a decade ago.

Ironically, only Italy lag behind England for playing domestic talent among the big five leagues in Europe. Spain (60.6%), France (51.9%) and Germany (40.8%) all give their national players more playing time.

Even so, there are a number of English ever-presents in the top half of the Premier League table this season and among them is Manchester United’s full-back, Aaron Wan-Bissaka. 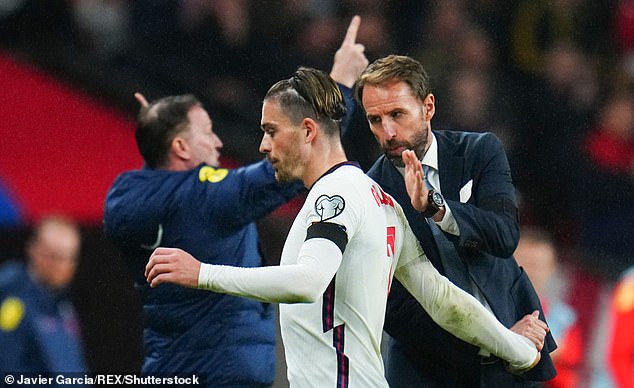 Previously, England boss Gareth Southgate has said players need to be playing regularly for clubs to be considered for selection, but he appears to have changed tack

In fact, the Red Devils have selected overseas talent for just 55 per cent of the minutes played, with four Englishmen, including Harry Maguire, Luke Shaw and Mason Greenwood, as well as Wan-Bisska also making the club’s top 10 of players with the most game time.

The Everton defender, Michael Keane, is another yet to miss a top-flight minute with the exciting talent of Demarai Gray not far behind.

At West Ham United, Aaron Cresswell and Declan Rice have played every game this term and so has the up-and-coming striker Ivan Toney at Brentford. 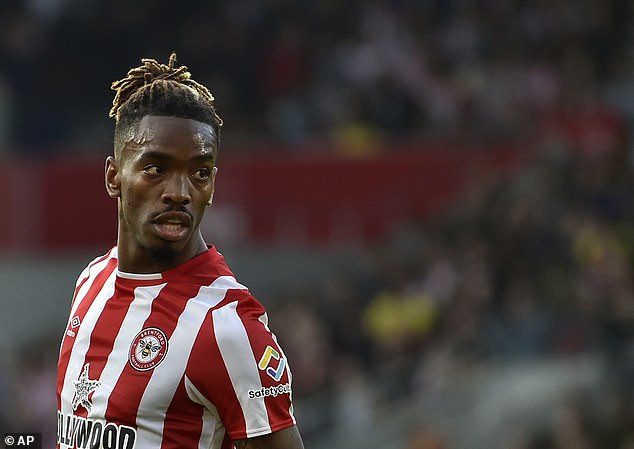 At Manchester City, Jack Grealish and Kyle Walker have good minutes under their belts and at Liverpool, Jordan Henderson and Trent Alexander-Arnold have also played more than 450 minutes each

Reds youngster Harvey Elliott would almost certainly have accumulated a lot of game time if he had not been stretchered off at Leeds in the early part of last month with a fractured and dislocated ankle, having established himself in the side.

The only sides to play home-grown talent in more than 50 per of matches so far this season are Newcastle United, Southampton, Aston Villa, and Burnley.