Everton legend Tony Hibbert ‘steps out of retirement’ at the age of 40! As the defender who never scored a goal during his 15-year career ‘signs for minnows ES Louzy’ who are in the tenth tier of French football

Everton legend Tony Hibbert retired as a one-club player, but he has now made a surprising return to the game in the tenth tier of French football.

The 40-year-old retired from in 2016 after Everton decided not to renew the home-grown star’s contract.

Hibbert, who famously never scored a goal during his professional career, made 328 appearances for the Toffees in 15 years after making his debut in 2001. 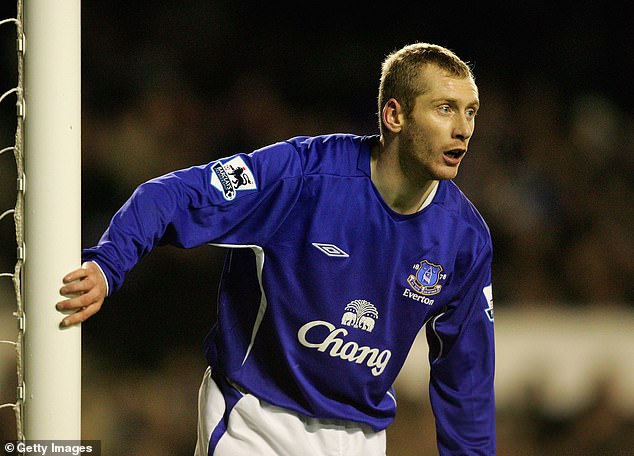 La Nouvelle Republique have reported that Hibbert has been given his veterans license to play for District D2 club ES Louzy.

Louzy’s president Jerome Archambeau is quoted as saying: ‘He was looking for a small club to keep himself fit and was was already taking care of our Under 13s side.

‘He was itching a bit to return and coming back to the basics of football after such a career is good for him.

‘The idea is that he brings us his experience, and that he takes pleasure from what he’s doing.

‘We’re a family club, and I think that’s what he liked, namely the spirit of camaraderie rather than that of competition.’

It’s said that discussions over Hibbert obtaining his license to play for the club have taken place since May. 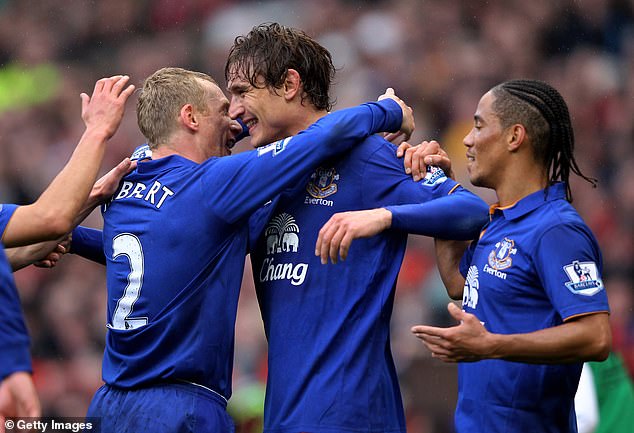 The tiny town of Louzy is located in central France between Nantes and Poitiers.

It’s added that the club’s goal is not to create a buzz, rather to benefit from the ‘undeniable contribution of a key footballer’.

Hibbert, is a keen angler, and brought a 33-acre carp fishery in the village of Villiers-en-Prayeres, in the north of France towards the end of his playing career.

Since retiring in 2016, he had devoted time to running the Lac de Premiere venue,  welcoming fisherman from all over the world.

As reported by the Sun, the site also boasts an 80-seater restaurant, sports bar and a shower block.

It was said that for up to £550 a week, guests can fish from two lakes, and that price includes food although they would have to bring their own tent. 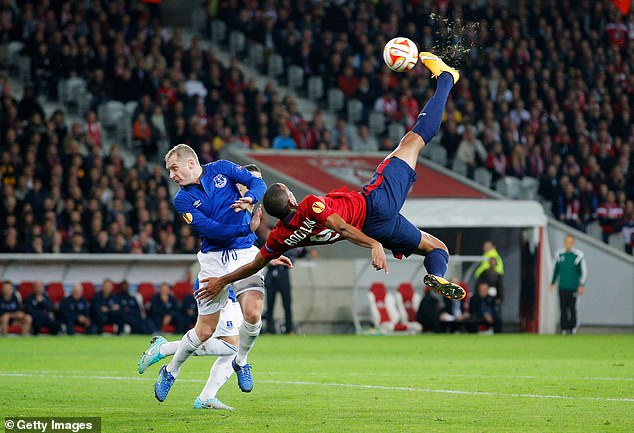 Some of Hibbert’s football pals have visited to enjoy the lakes, including Wycombe keeper David Stockdale.

The 40-year-old famously holds the record for the most appearances without scoring a goal from an outfield player at Goodison Park.

Everton fans would often joke ‘Hibbo scores we riot’. This led to a small pitch-invasion when he scored in a 4-1 win over AEK Athens in his testimonial back in 2012.

Hibbert has yet to learn French and is now eligible to play for his new side, who sit eighth in their division.