Fans were removed from the Tottenham Hotspur Stadium on Thursday night after a fight broke out in the north stand during Spurs’ Europa Conference League clash with Vitesse.

Away fans were seen trying to climb into the home section of the stadium during the first half of Tottenham’s Group G game on Thursday.

The police were forced to intervene and form a barrier to prevent the supporters from reaching each other.

A selection of fans were removed from the stadium as a result.

The crowd was then quickly brought back under control – the incident took place when the scoreline was 3-2 late in the first-half.

The match in Europe’s newest club competition marked Antonio Conte’s first in charge of Tottenham after he took over this week from Nuno Espirito Santo. 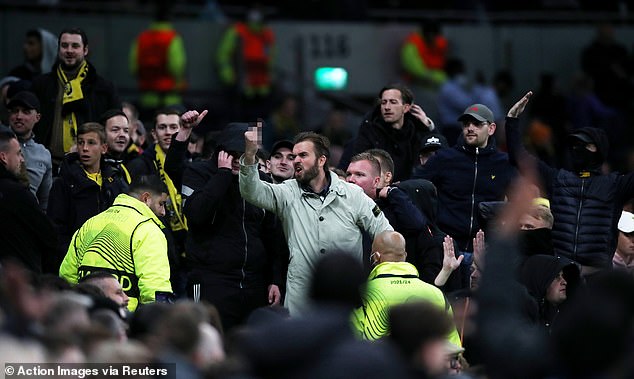 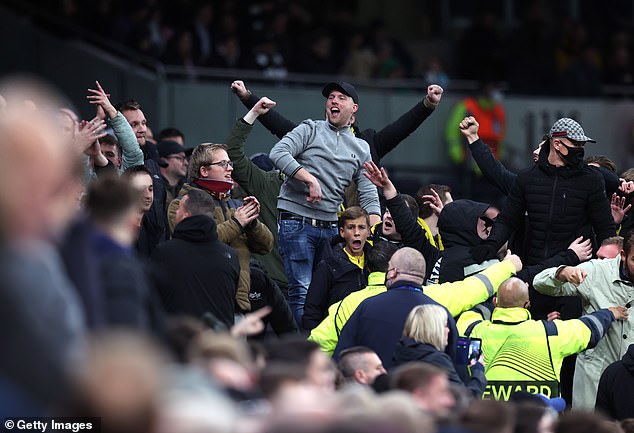 ‘Unfortunately, there has been some crowd trouble in the away end throughout that first half,’ BT Sport pundit and ex-Spurs player Jermaine Jenas said at the break.

‘Clashes between fans and the police which saw a lot of fans removed from the stadium but thankfully, it is now calmed down.’

Tottenham scored three goals in the first 13 minutes to take the lead in Conte’s first game in charge.

However, the Dutch giants bounced back by scoring two goals before the half-time break – making it 3-2.

The second half got off to a turbulent start with Romero being sent off with 30 minutes left to play. 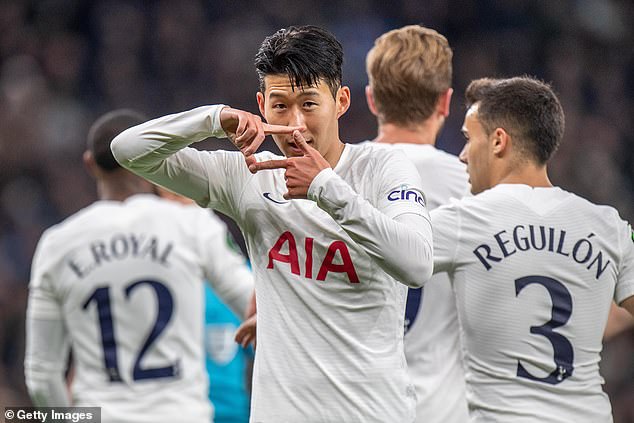 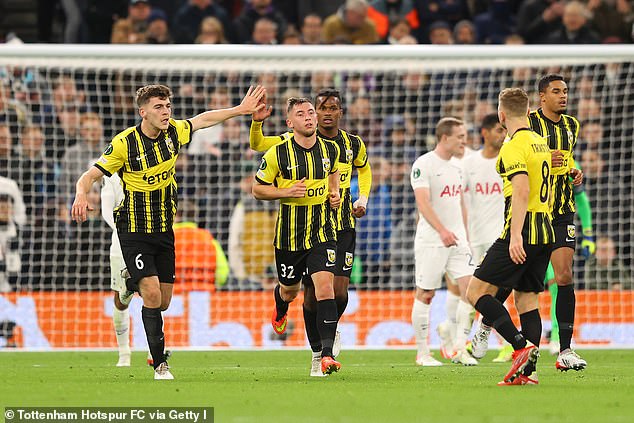 Vitesse then went down to 10-men after Danilho Doekhi was shown a second yellow card for a foul on Harry Kane.

Things then got worse for Vitesse when goalkeeper Markus Schubert was shown red.

He raced out of the goal to confront Emerson Royal and ended up blocking the ball with his shoulder.

Tottenham: Antonio Conte claimed he wanted a ‘stable’ Spurs, but he opens up with rollercoaster win