The YouTuber-turned-boxer didn’t pull any punches as he used Halloween as an excuse to take a dig at UFC president Dana White.

Paul has been in a constant back-and-forth with the UFC president and his latest hit came in the form of a White-inspired costume.

The American replicated an infamous photo of White with a Playboy Bunny as he posed with a ziplock bag of fake narcotics with a label that read: ‘(UFC) Unlimited Free Cocaine.’ 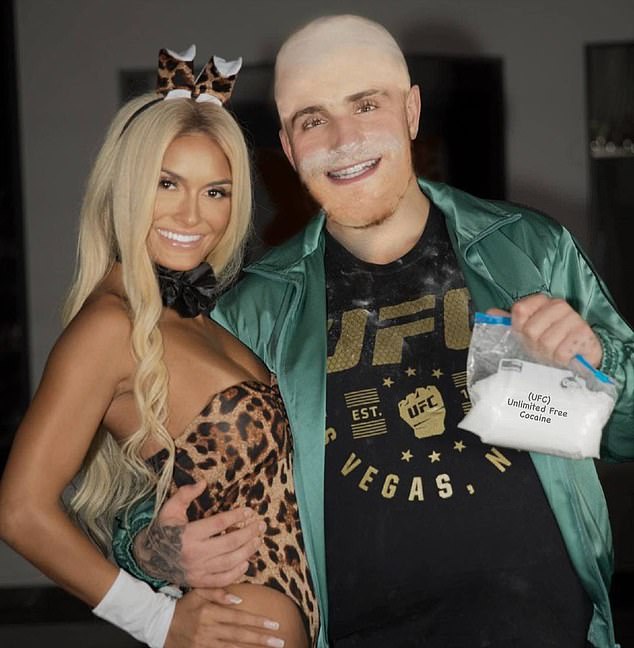 Meanwhile, the Halloween celebrations kicked-off early for PSG stars as the Parisians donned their costumes after a 2-1 win over Lille on Friday.

Forward Neymar sported a black sequinned jacket, black hat and face paint in the style of Mexico’s Day of the Dead traditions.

The Brazilian posed alongside Leo Paredes, who had pushed a clown mask off his face, and Keylor Navas, who kept it simple with two black crosses painted on either cheek. 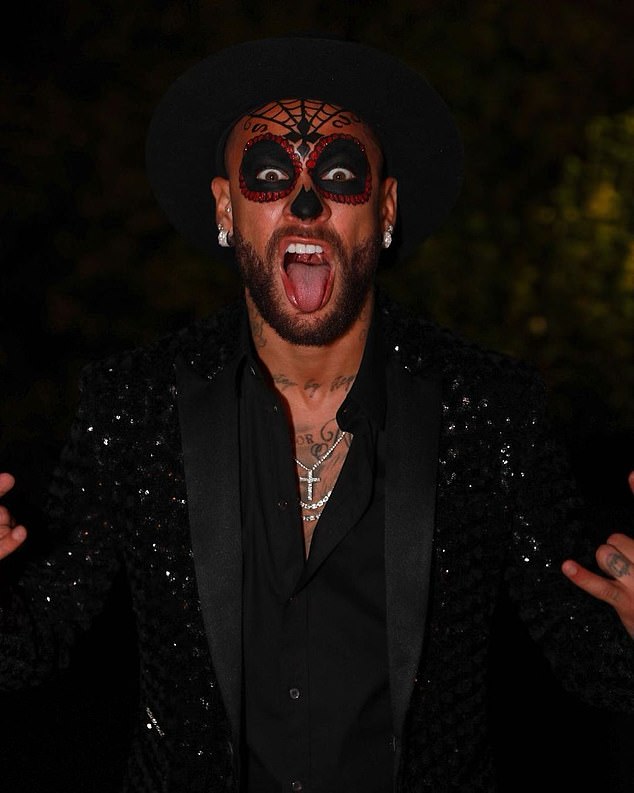 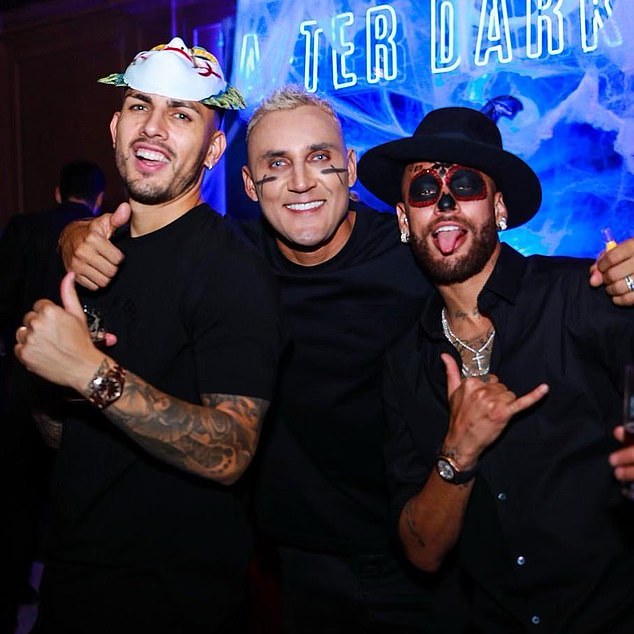 Manchester United midfielder Paul Pogba matched with his wife Zulay as they both painted their faces with skeletal make-up.

LeBron James never disappoints when it comes to Halloween and this year was the turn of Freddy Krueger for the NBA legend.

James dressed up as the Nightmare on Elm Street character, complete with Krueger’s gloved hand with razors.

The Hollywood star happened to spend his Saturday watching his club on his first visit to the Racecourse ground since taking over Wrexham. 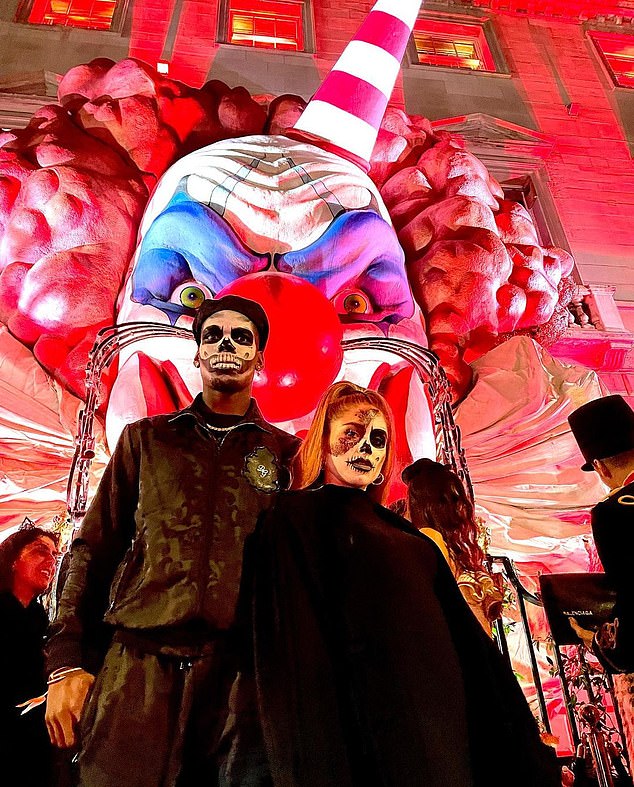 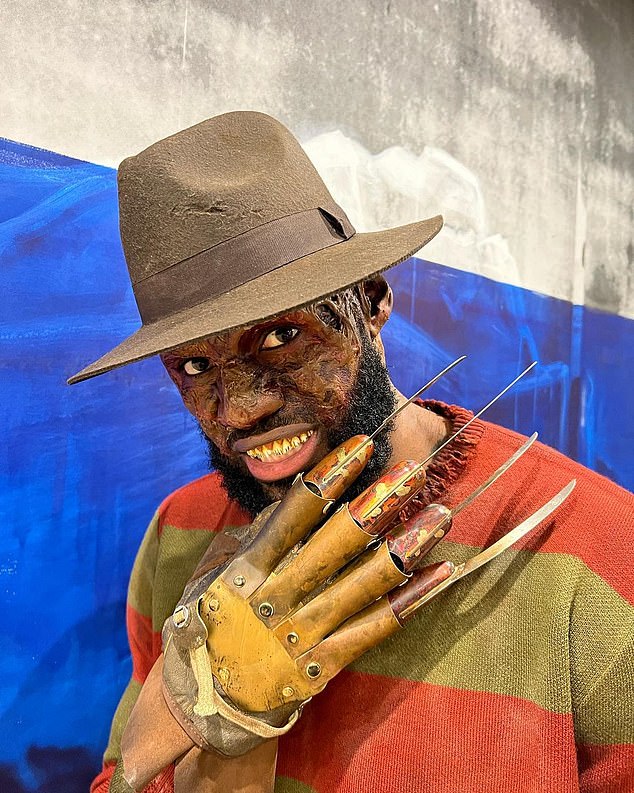 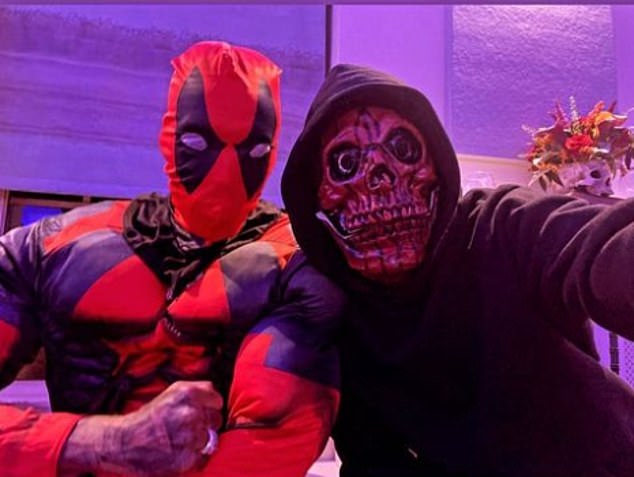