By Dominic King for the Daily Mail

‘This situation is not always easy for all the boys not only Ox… Am I counting on him for next season? Yes.’ Jurgen Klopp, May 7; 2021.

Liverpool’s manager looked down the barrel of a television camera as he said those words, his words were clear and the message was emphatic. If doubts were swirling about Alex Oxlade-Chamberlain’s long-term future on Merseyside, they were not shared by the man whose opinion matters most.

Six months on from that statement, though, and there continues to be uncertainty about what role this midfielder will have at Anfield in the long-term, with his display against Brighton four days earlier reigniting the debate. It wasn’t one of his best days and Klopp didn’t try to argue otherwise. 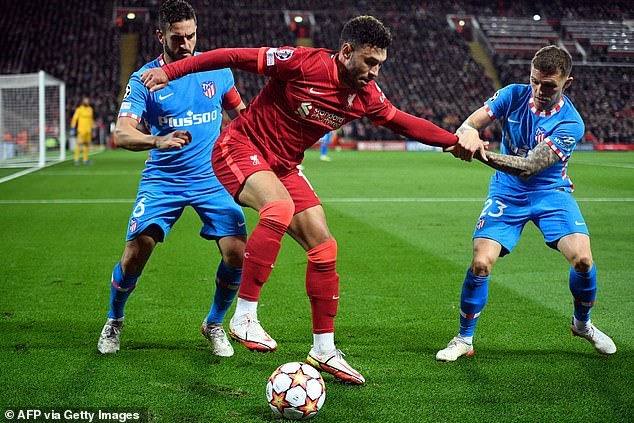 ‘He set up the second goal with a nice cross and that was it,’ was Klopp’s sombre verdict. ‘He can play better football.’

Other managers, perhaps, would have that underwhelming cameo in their mind when selection for a game of such importance came around but Klopp is not someone who holds grudges and if Oxlade-Chamberlain needed a lift, it arrived in the shape of the teamsheet.

Here he was, in the engine room, alongside Fabinho and Jordan Henderson. It was something to seize upon, for sure, as 2021 has been a test of patience with opportunities to hear the referee’s first whistle few and far between.

There were a couple of Premier League starts in January, in defeats to Southampton and Burnley; he then had to wait until the opening day of this season at Carrow Road to begin again; the only other starts were in the EFL Cup against Norwich and Preston. 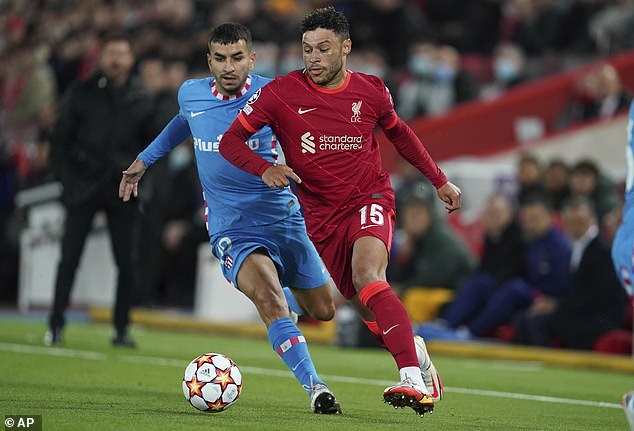 Delve a little deeper into Oxlade-Chamberlain’s playing time, however, and something all the more remarkable emerges – he has only 90 minutes twice, in his last 75 appearances for club and country, dating back to April 2018.

Yes, you read that correctly. Norwich in the EFL Cup on September 21 and before that Monterrey, in the Club World Cup semi-final, in Doha on December 18, 2019. No wonder, then, there was so much riding on this for the former Arsenal man.

Few would dispute that he deserves a change of fortune. There was a point no so long ago when he looked ready to take over Phillipe Coutinho’s mantle in midfield, slamming in vital goals against Manchester City in front of The Kop and thriving under Klopp’s guidance.

They love him in the dressing room and the day it emerged he had suffered a knee injury in the Champions League semi-final against Roma that effectively changed the course of his Liverpool career was one of the bleakest at Melwood of Klopp’s reign. 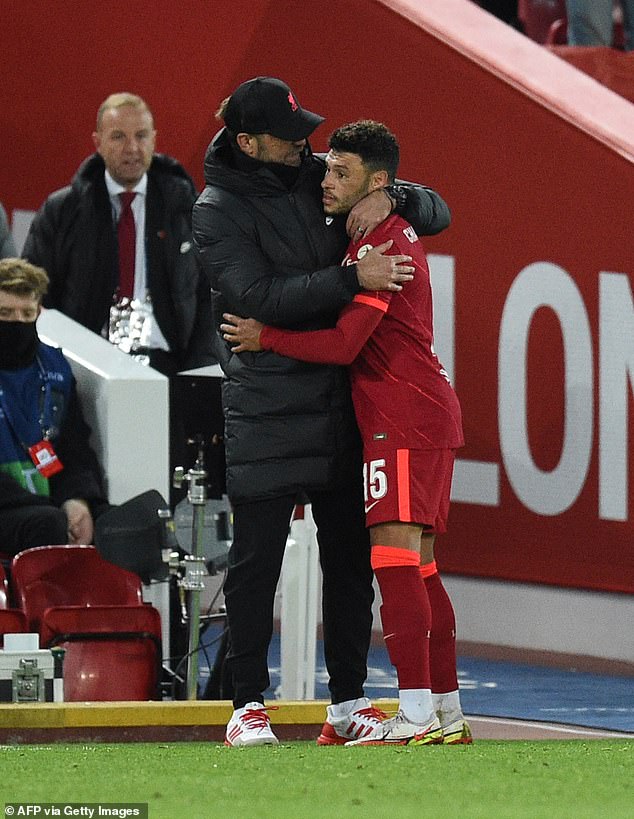 But he is not a man to feel sorry for himself or go into his shell, so Saturday’s runout, when he replaced the hamstrung Naby Keita, was never going to prey on his mind. He started with confidence and was always involved as Liverpool set about pressing the life out of their opponents.

A scampering run down the left in the 16th minute had Klopp beating his hands together enthusiastically; an instinctive 23rd minute shot from a Mo Salah lay off was dragged just off target, while a 26th minute header was crucially in taking danger away from Angel Correa.

Was it perfect? No. There were groans from different quarters when he surrendered possession too easily and a rollicking from Klopp in the 67th minute when his lax pass allowed Atletico to launch an attack.

The best sight of all, nonetheless, was when he got up shortly after to carry on, having looked to have suffered another injury. He was able to carry on and while his night ended prematurely shortly after, he left the field to a standing ovation in recognition of his determined efforts.

He need all this, the minutes in an important game and the appreciation from the public. He also needs to push on from here. Klopp, more than anyone, is counting on him.