Kyle Walker 'lost his head' and got himself sent off against RB Leipzig, says Martin Keown
Advertisement

‘He’s completely lost his head there’: Kyle Walker given straight red card for ‘lashing out’ at RB Leipzig forward Andre Silva… as Martin Keown warns ‘it’s going to cost City in the next round’

Martin Keown slammed Kyle Walker for ‘losing his head’ after the Manchester City was sent off for a petulant challenge as the Premier League champions lost 2-1 to RB Leipzig.

The England international received his marching orders three minutes from time, as he needlessly took a swipe at the Portuguese’s left leg.

While City topped the Group A despite losing in Germany, Walker’s sending off means the right-back will miss the first leg of the Round of 16 in February. 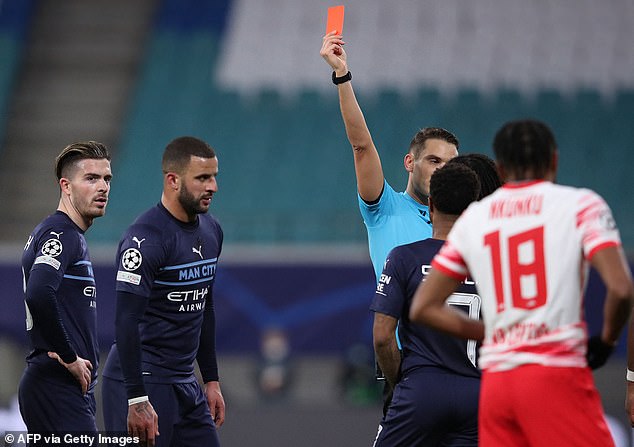 Keown, who was commentating on the game for BT Sport, was far from impressed with the incident.

‘It’s looked like one game too many for [Kyle] Walker,’ the former Arsenal defender said.

‘He didn’t seem to be himself tonight and he’s completely lost his head there.

‘Walker knows he’s not at the heights he’s set himself. 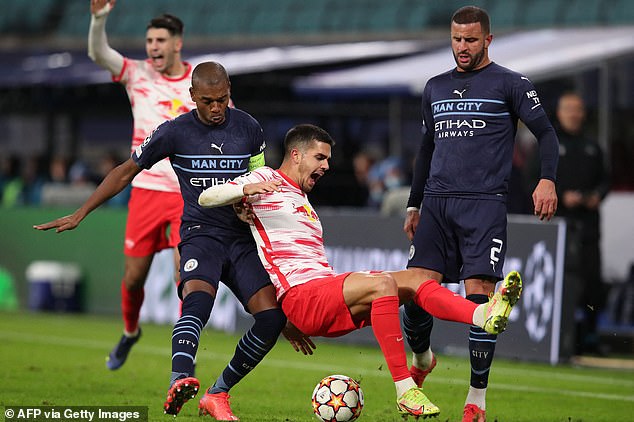 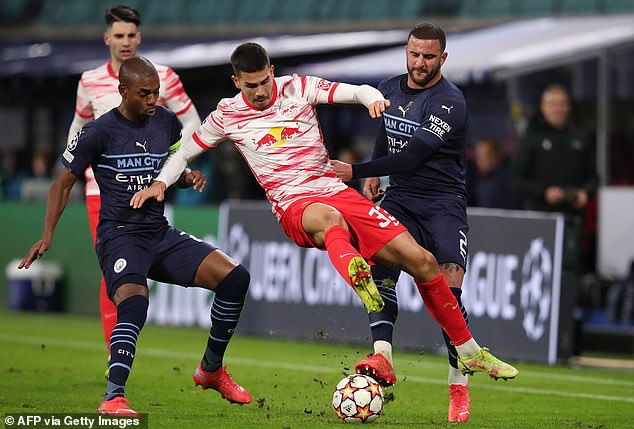 ‘He’s frustrated with his performance and at that particular player. He’s just lashed out, you can’t do that.

‘It’s a human reaction but it’s going to cost City now in the next round.’

Walker’s red card topped off a disappointing evening for City, who saw their seven-match winning streak come to an end. 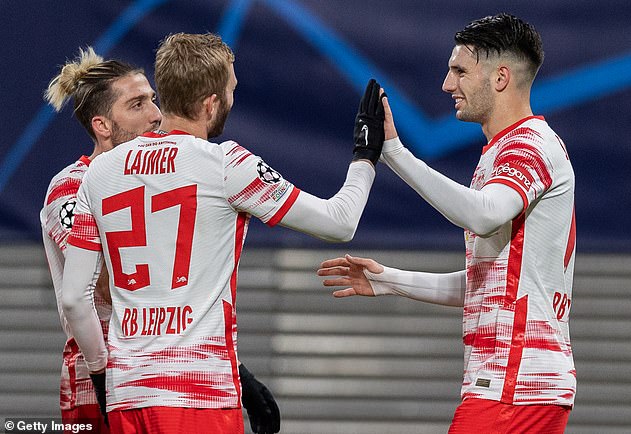 In front of empty stands due to coronavirus restrictions, Dominik Szoboszlai put the hosts, who fired manager Jesse Marsch at the weekend, ahead in the first half after rounding Zack Steffen.

Silva doubled Leipzig’s lead 20 minutes from time as he beat City’s second-choice keeper with a smart finish, before Riyad Mahrez pulled one back for the visitors.

Pep Guardiola’s men will learn the identity of their Round of 16 opponents on Monday.