Lionel Messi is now the highest scoring South American footballer of all time after his brace in PSG‘s victory over Club Brugge moved him above Pele.

Superstar Messi scored the third and fourth goals for the club to help ease them to another Champions League victory, and made history in the process.

His first strike was, sensationally, the 757th goal of his career – a milestone which moved him level with Pele’s official tally from his own illustrious time on the pitch. 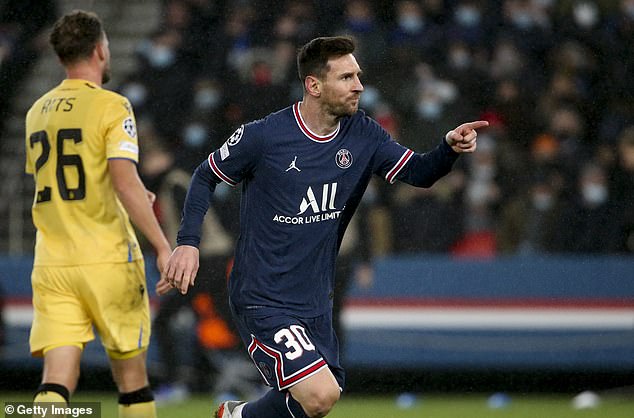 And his second, a coolly-taken penalty in the second-half, saw him move into pole position on 758.

During his spell at Barcelona, Messi hit 672 goals, and has since added six more to his collection from his 14 appearances for PSG so far.

He also has 80 goals for Argentina, further adding to the jaw-dropping overall total. 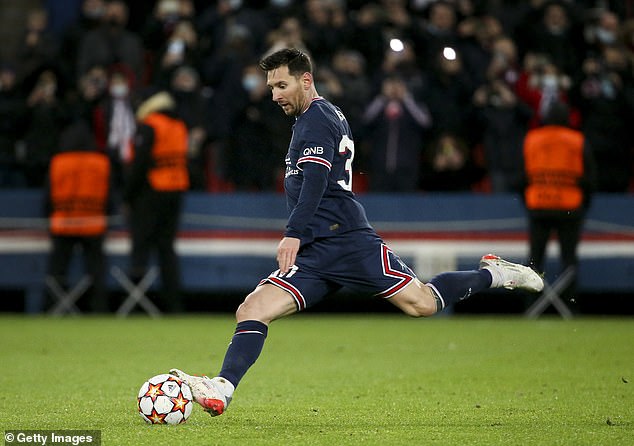 Whether Pele has scored the number of goals officially tied to his name remains a source of controversy, however.

The now 81-year-old, and his former club Santos, both refused to acknowledge that Manchester United forward Cristiano Ronaldo overtook his tally earlier this year.

A statement from Santos back in January said: ‘The argument of some analysts is that so many of these 448 goals scored in friendly matches were faced with weak opponents, such as small or regional teams.

‘Still, the matches were played in official uniforms, with the official rules of the game and with a score sheet.’ 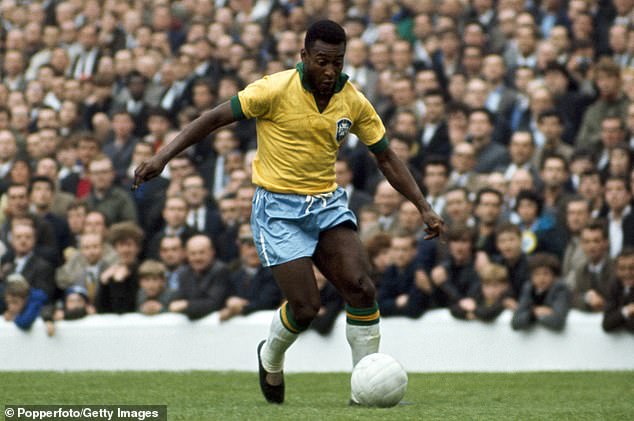 After this, Pele updated the bio of his official Instagram account, which reveals his all-time record of goals stands at 1,283.

Each of his strikes for Santos, New York Cosmos and Brazil were factored in.

Pele did indeed score over a 1,000 goals, but detractors have looked to downplay his achievement because 525 of them came in unofficial friendlies and tour games. 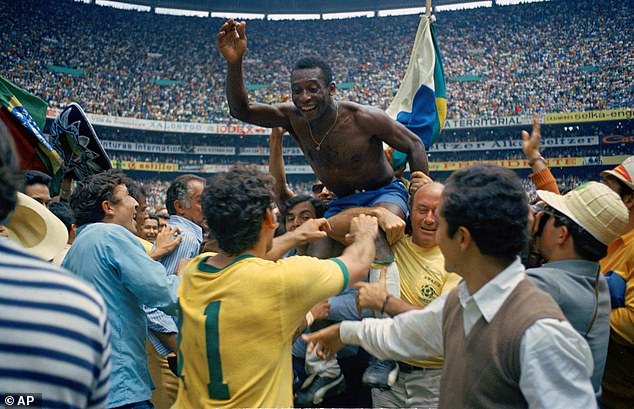 Pele has claimed he scored 1,283 goals in his career, but officially his tally stands at 757 goals

Taken into account, controversially, are the matches he played for the Sixth Coast Guard in their military competition.

He never played for a club in Europe, though. Instead, he turned out for Santos for 18 years, and spent the last two years of his career with New York Cosmos.