Liverpool 4-0 Arsenal: Reds run riot as Sadio Mane, Diogo Jota, Mohamed Salah and Takumi Minamino crush the Gunners after a tense first half where Arteta and Klopp had a major bust-up on the Anfield touchline

Liverpool thrashed Arsenal 4-0 in a scintillating performance which underlined their title challenge and provided the Gunners with a sobering reminder of the gap between the sides.

It was only 1-0 at the interval, Sadio Mane’s looping header from Trent Alexander-Arnold’s pinpoint free-kick the only difference between the sides in a fierce, frenetic encounter, the atmosphere heightened by the touchline scuffle between the furious Mikel Arteta and the unflinching Jurgen Klopp.

Diogo Jota’s cool finish and Mohamed Salah’s tap-in killed the game as a contest as the Reds front three ran riot, before substitute Takumi Minamino made it four with his first touch seconds after coming on.

The result was sewn up long before the end, allowing Klopp to give 19-year-old defensive midfielder Tyler Morton his home debut, in a moment the teenager will never forget, as a packed, febrile Anfield saluted their side’s pulsating, dominant performance. 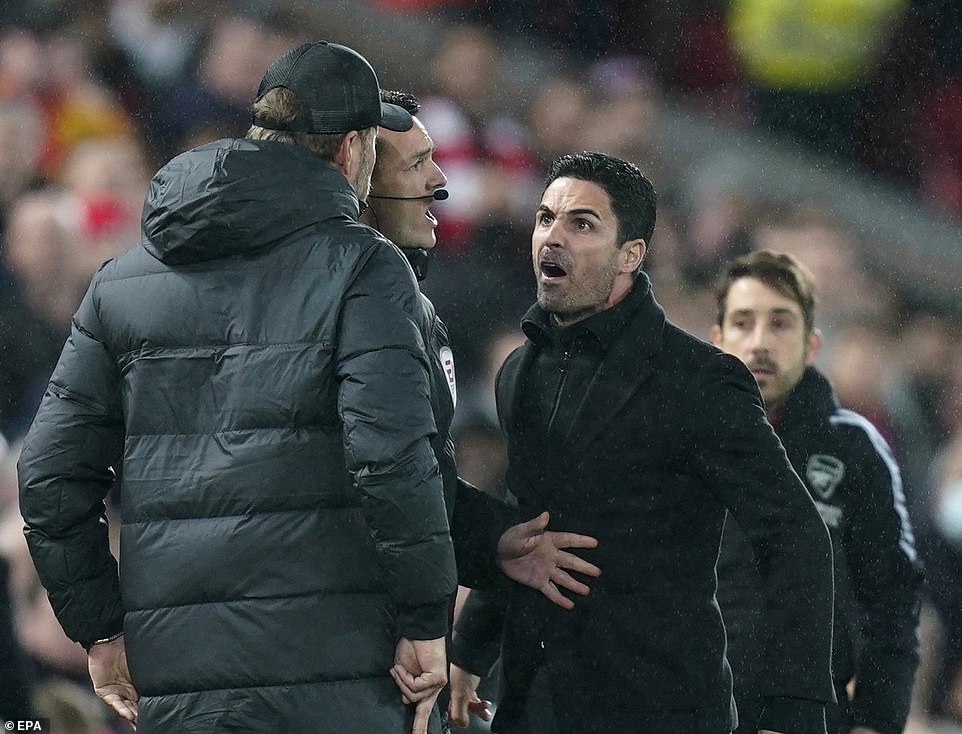 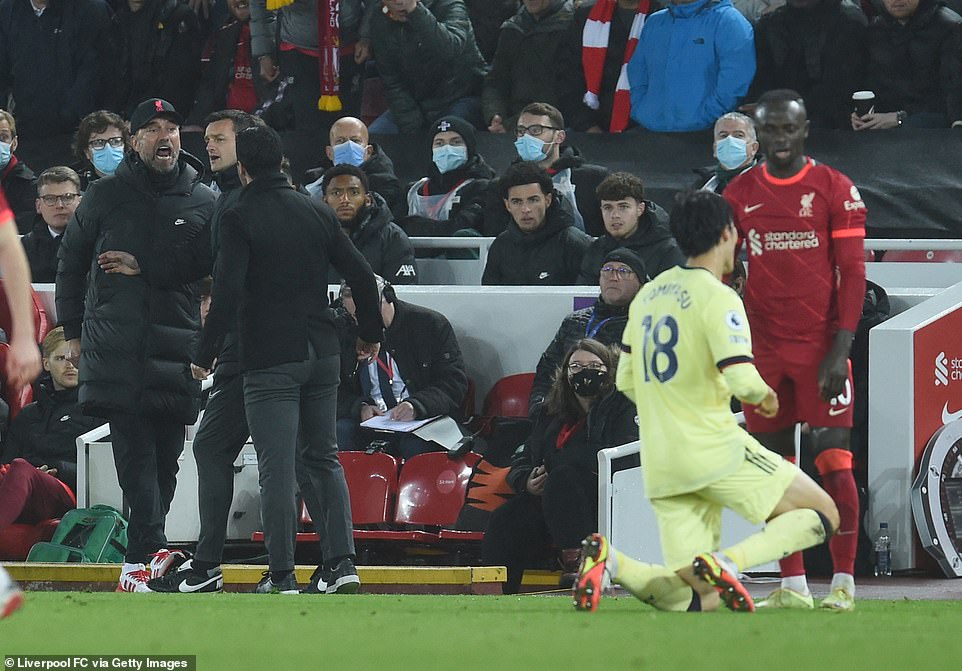 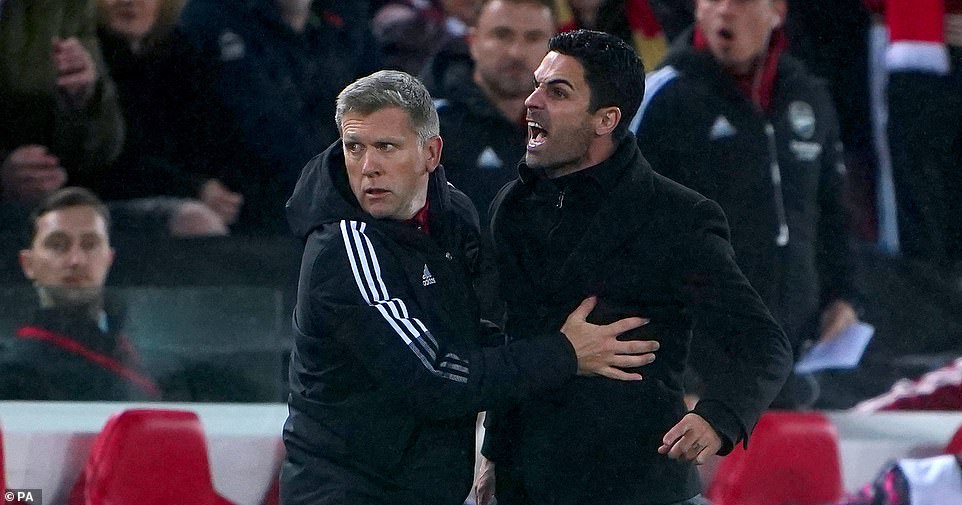 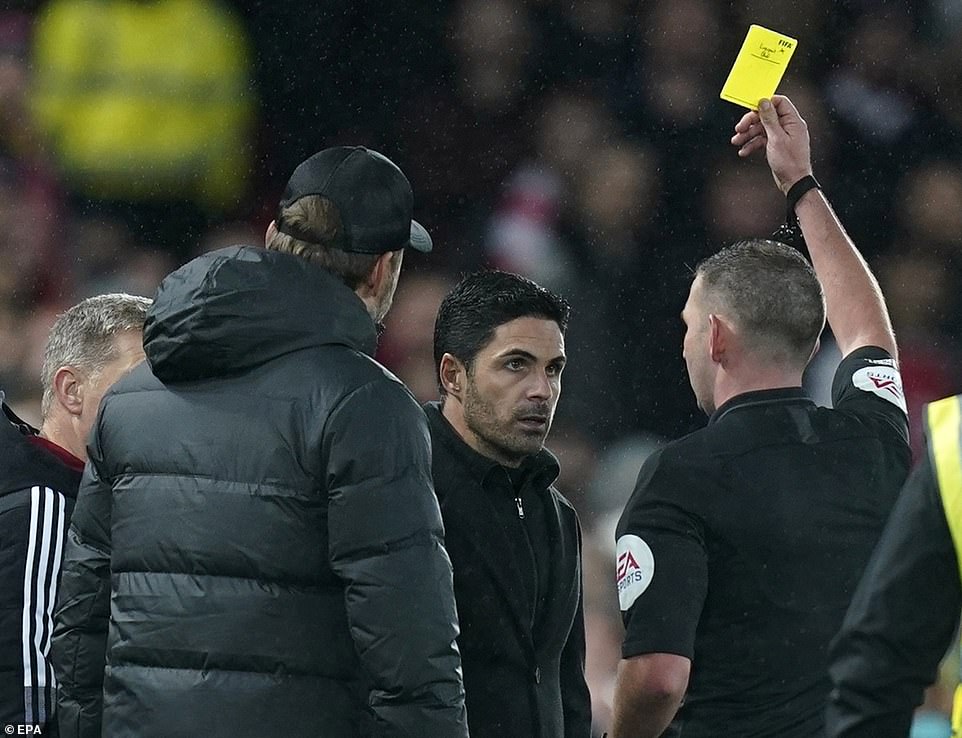 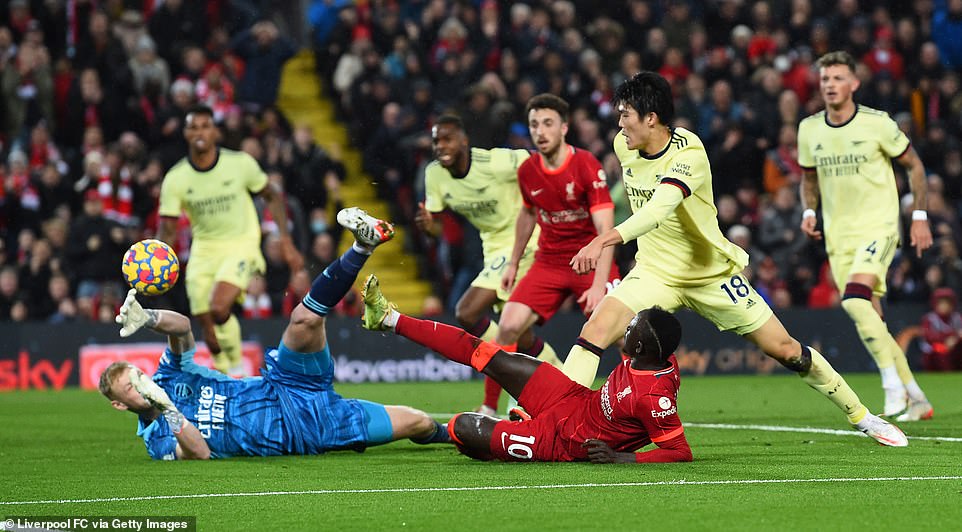 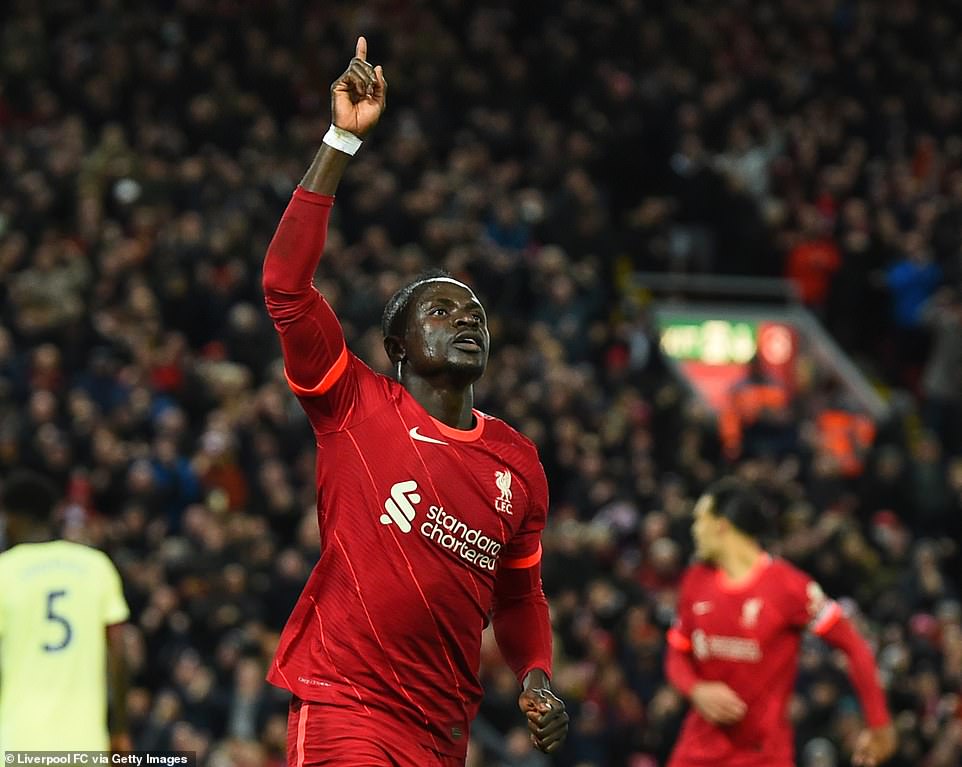 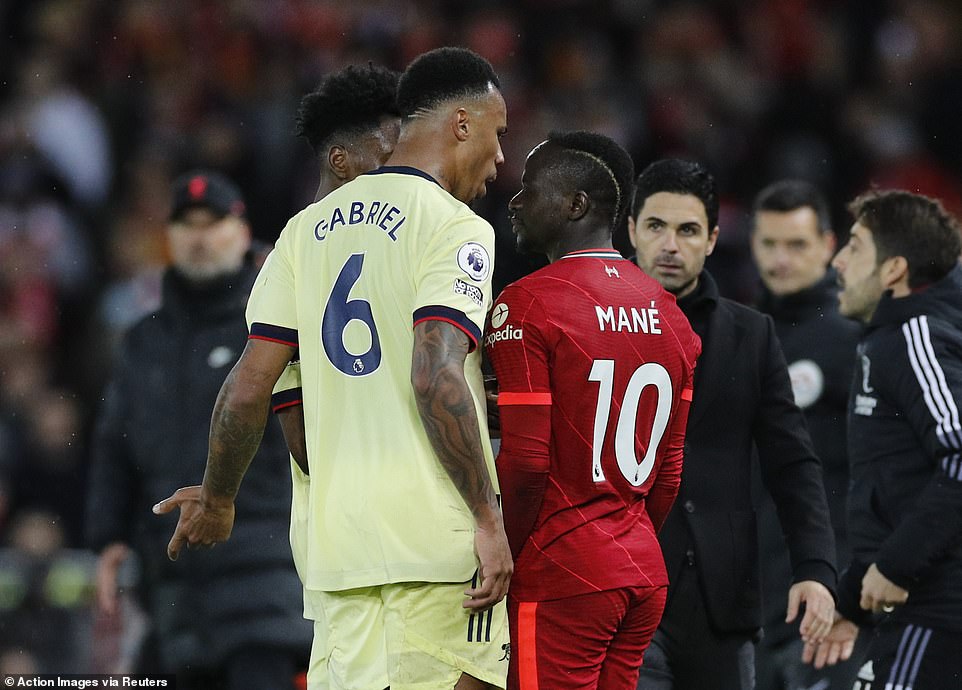 Mane, involved in the thick of the action, was later booked just before the interval for an ugly sliding challenge on Ben White 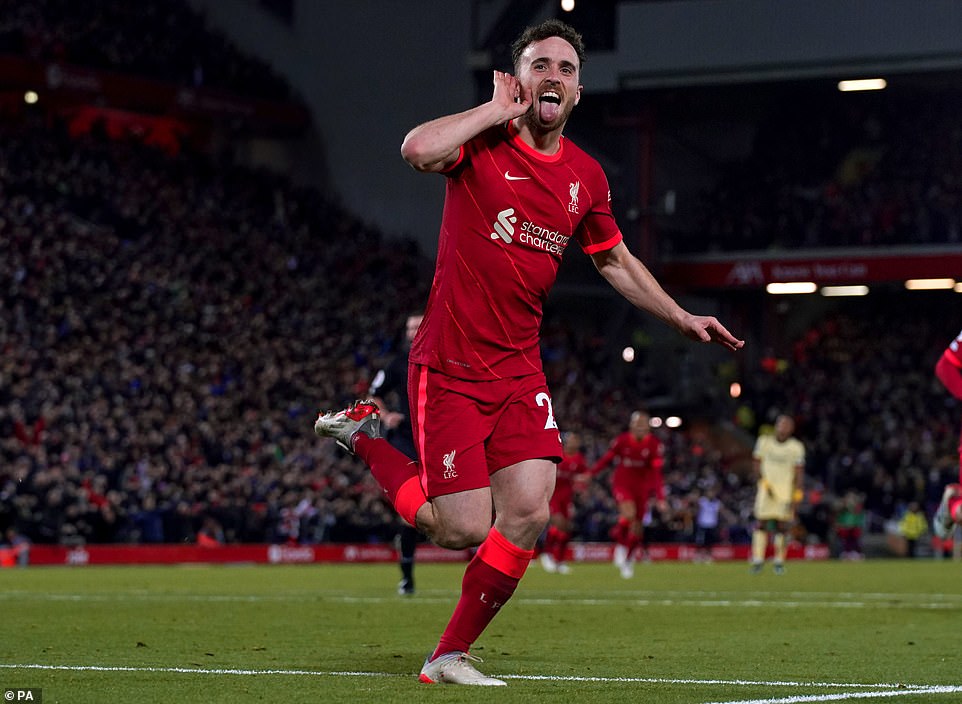 After the break Diogo Jota extended the Reds’ advantage, rounding Ben White and Ramsdale brilliantly before sliding it home 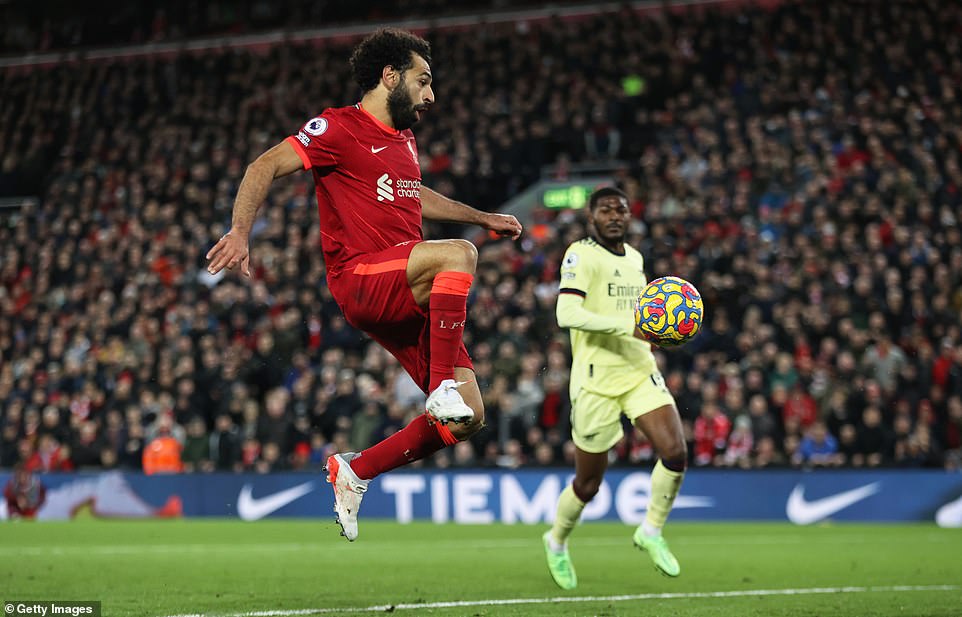 With the home side in imperious, scintillating form, Mohamed Salah made it three, tapping home Mane’s pinpoint centre 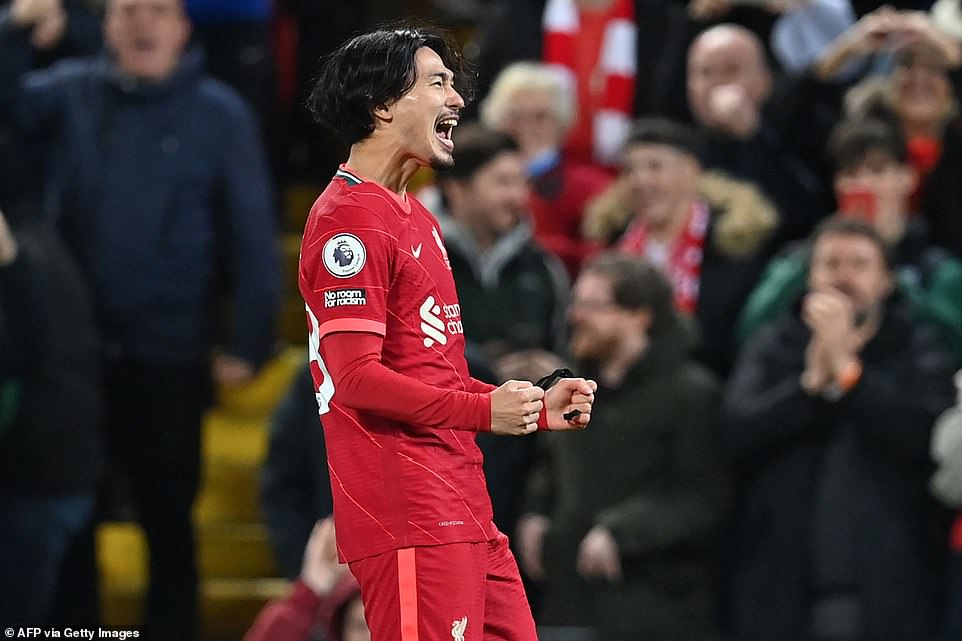 Forward Takumi Minamino (pictured) scored with his first touch, just seconds after coming on as a substitute for Klopp’s side