By Dominic King for the Daily Mail

Liverpool have been dealt a significant blow after key striker Roberto Firmino was ruled out for six weeks with a hamstring issue.

Firmino was forced to come off during Wednesday’s 2-0 win over Atletico Madrid, having only played 27 minutes as a second half substitute. It is the second time this season the Brazil international has been sidelined with this kind of injury.

The severity of the problem means he will miss as many as eight Premier League fixtures, including dates against Arsenal, Everton and Tottenham, along with the final Champions League games against Porto and AC Milan. 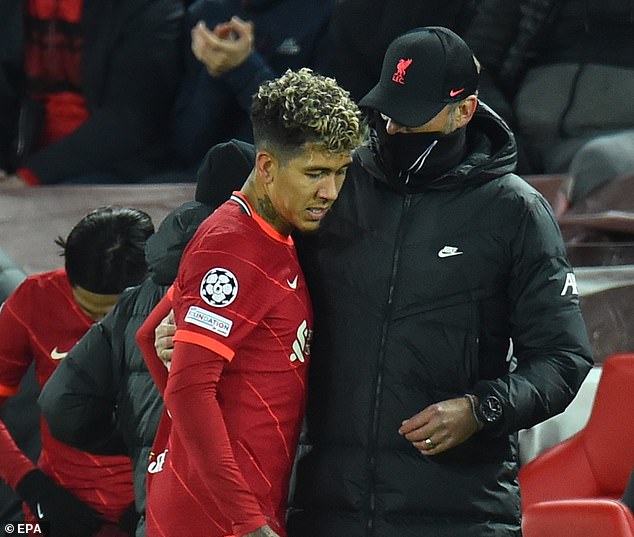 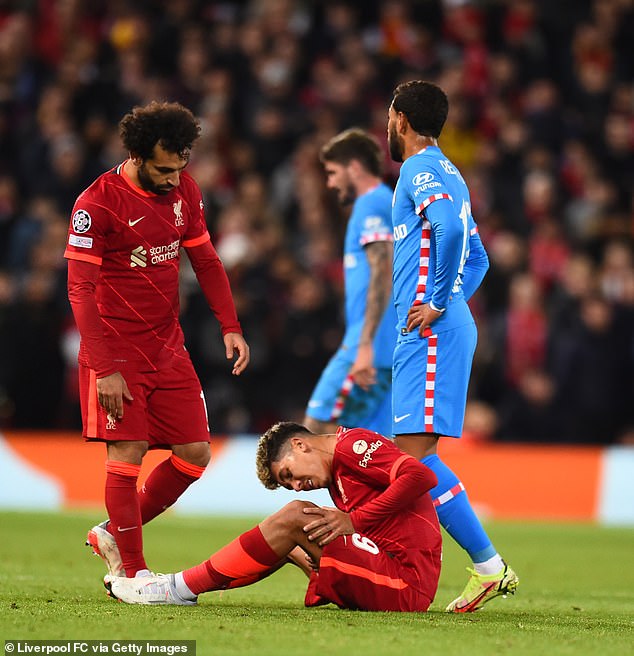 ‘We’ve known for two or three days it’s a serious injury,’ said Liverpool manager Jurgen Klopp. ‘We are talking about weeks, I don’t know exactly but more than four – which I would consider a serious injury. Then we have to see.

It has been a problematic time for Klopp, who at one point was missing five midfielders but the return of Fabinho and Thiago Alcantara this week was important and he is relishing tomorrow’s trip to West Ham, where Liverpool’s title credentials will be given a serious examination. 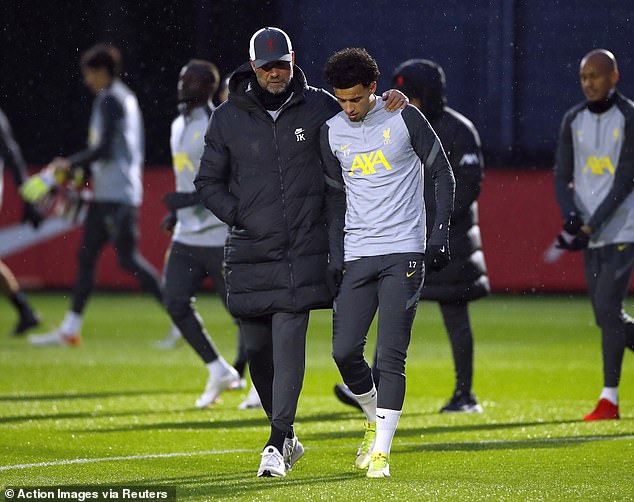 Should Liverpool avoid defeat, they will set a new club record for 25 matches unbeaten and they are showing form comparable with when they became champions in 2020 and when they finished runners-up to Manchester City the previous year. Their respective points’ tallies were 99 and 97.

Whether they will need such a figure this time around remains to be seen and Klopp will not speculate on a specific tally. He believes, however, they will need to be close to perfection if they are to see off City and Chelsea. 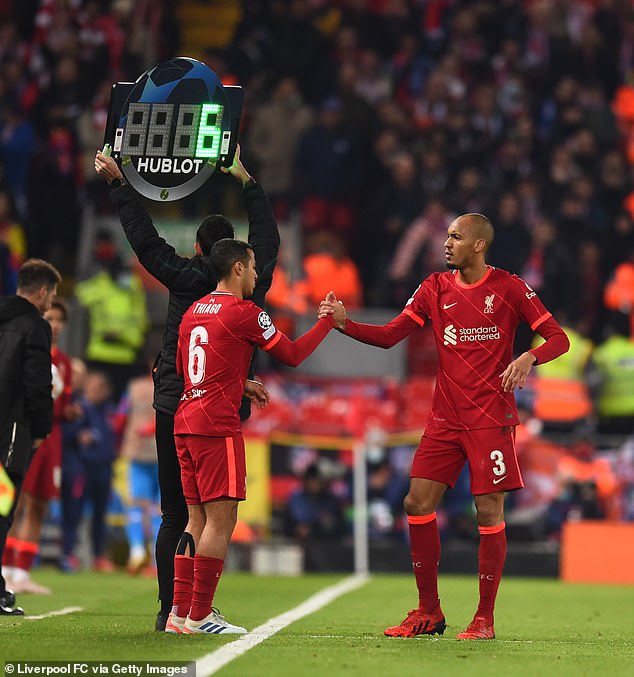 ‘I have no idea what will be needed so we should not think about that yet,’ said Klopp. ‘But what is for sure, and is the same as always, is that you have to be nearly perfect to win the league. That’s how it is. You can see that.

‘There are very positive talks about Chelsea and rightly so – absolutely great team, super coach, all these things – but they are only three points ahead. It’s not as though we are now far off. We have played them and we know how good they are. The same with City and the others.

‘Nothing is decided. We try to find our way to win games and then you need to be lucky with injuries.’