Trent Alexander-Arnold ‘is the best and should be England’s first-choice right back’, insists Peter Crouch after he set up both goals in win against Atletico Madrid

Trent Alexander-Arnold should be ahead of the rest in the race for England’s starting berth at right back after his supreme performance against Atletico Madrid on Wednesday night, says Peter Crouch.

The Liverpool defender, who missed Euro 2020 in the summer due to injury, laid on both Reds goals in the 2-0 win at Anfield, first for Diogo Jota and then for Sadio Mane.

It secured Liverpool’s safe passage to the last-16 of the Champions League and ex-Reds striker Crouch says that the 23-year-old should be just ahead of Chelsea‘s Reece James in the national setup at right back. 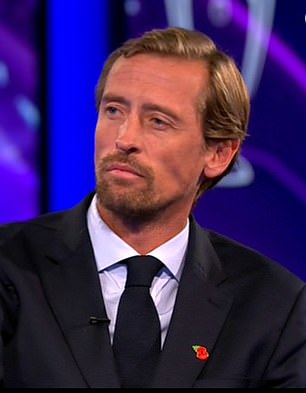 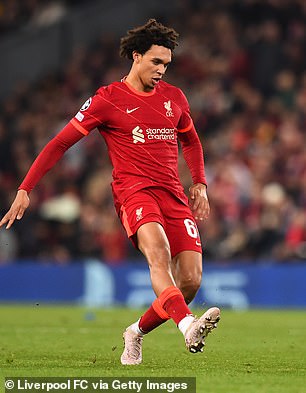 ‘Yeah he is [my first-choice right back],’ Crouch told BT Sport.

‘I just think his quality going forward, his control and delivery is incredible. I love Reece James. We have plenty of good right backs but for me, Trent is the best.’

Alexander-Arnold himself spoke post-match about his partnership with Mohamed Salah on the right-hand side as well as the victory.

‘It was an important one for us – every game is important but we stuck to our game plan,’ he said.

‘We got those early goals. We have learnt our lesson from Madrid when we were 2-0 up. We were able to see it through and dominate the game. 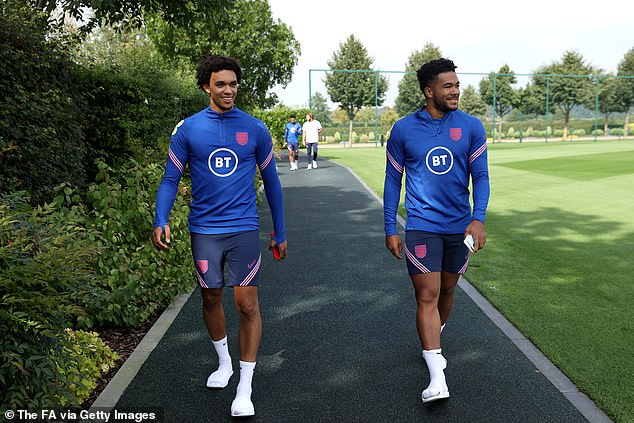 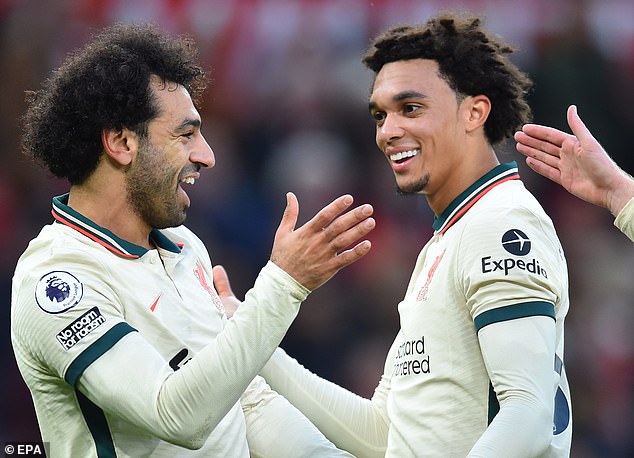 ‘We know what type of team they are. They like to suck you in to their way of playing but we kept the ball, kept it moving quickly and scored two very good goals.

‘Me and Mohamed Salah have a really good understanding at the moment and Jordan Henderson pushing up with Fabinho back in the team was a big help for us. We tried to get on the ball and create things.

‘With the form our good players are in, we just tried to get the ball to them and I think we did that.’