By Dominic King for MailOnline

Tyler Morton will take the latest exciting step in his promising career on Wednesday night when he gets his first taste of Champions League football.

Morton, a 19-year-old Academy graduate who plays in midfield, has been training with Liverpool’s first team since pre-season. His progress has been chartered by Klopp’s assistant, Pep Lijnders, and Vitor Matos, Liverpool’s elite development coach and he has made significant strides.

Having started the season playing in the Football League Trophy, Morton made his senior debut in the EFL Cup win at Norwich on September 21 then played the full 90 minutes in the following round’s dismissal of Preston on October 27. 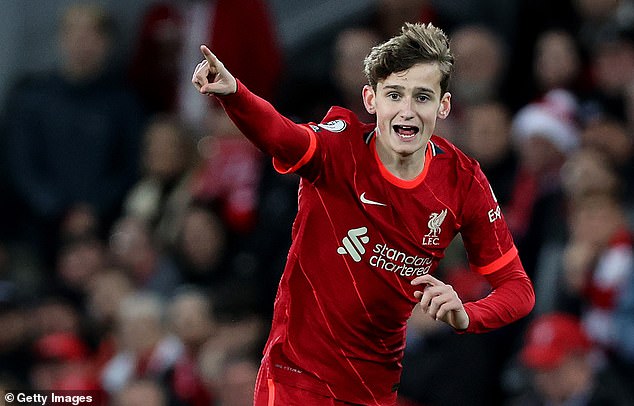 Klopp gave him his Premier League debut on Saturday with a late cameo against Arsenal – Liverpool’s manager sent him on with a bear hug – and it is expected he will get some minutes against Porto, with his manager singing his praises.

‘In pre-season he was with us and you could see his technical skills but how well-educated and well-behaved young people are he was not overly-confident,’ said Klopp. ‘He tried to adapt a little bit to what the first team was doing and you could see that.

‘Then we had a game when he was good, not spectacular, but good and then he came on against Norwich and played a super game. That made all the difference and you could see the next day how the confidence level exploded overnight. I saw the real Tyler Morton, 2021. 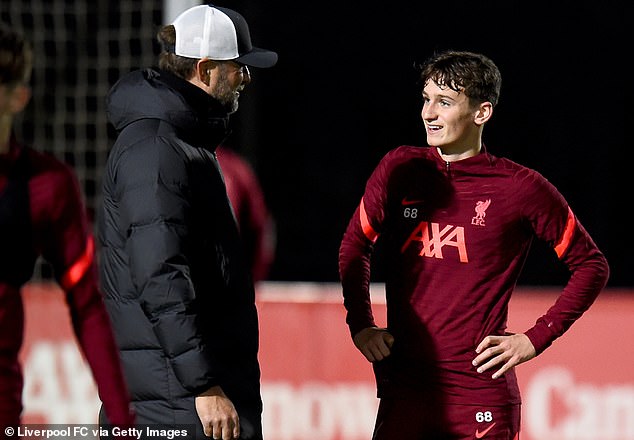 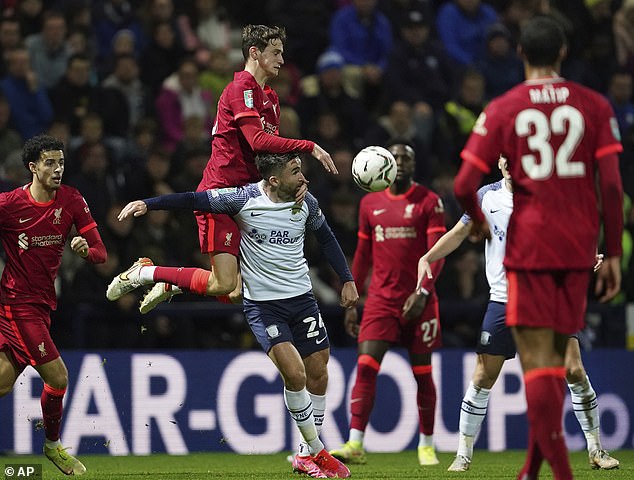 ‘In the Preston game it was a really mature performance and we have seen that in training again. We can speak a lot about these boys and let them train with us but bringing them on in a game at the right moment has the biggest impact of all the things you do to help them.

‘Tyler is a really good example of that. He’s in a good place at the moment – I’m pretty sure he would give the same answer – and now let’s work from here.’

Klopp will name a strong team against Porto, even though Liverpool’s progress to the knockout phase has already been confirmed and he was aghast at suggestions that an injury to Diogo Jota in a similar fixture against FC Midtjylland last December might influence his selection.

‘Players need rhythm, all these kinds of things,’ said Klopp. I don’t think it’s fair that you bring up this old story, that a player got injured. They all can get injured. Do I make the decision because I don’t care who gets injured in the line-up tomorrow? No, I can’t and I will not.

‘These things happen in football, and hopefully nothing happens.’