‘If anyone wants to criticise him for his work rate, just watch this game’: Solskjaer defends Cristiano Ronaldo after matchwinning display against Atalanta – before reacting ANGRILY when asked if victory proves his team are still playing for him

Ronaldo followed up his injury-time winner against Villarreal at Old Trafford last month by heading the decisive goal in a 3-2 victory over Atalanta.

The Portugal star has been criticised by former teammate Gary Neville for his lack of work-rate and a show of petulance when he stormed down the tunnel following a draw with Everton earlier this month, but manager Ole Gunnar Solskjaer believes Ronaldo answered his critics. 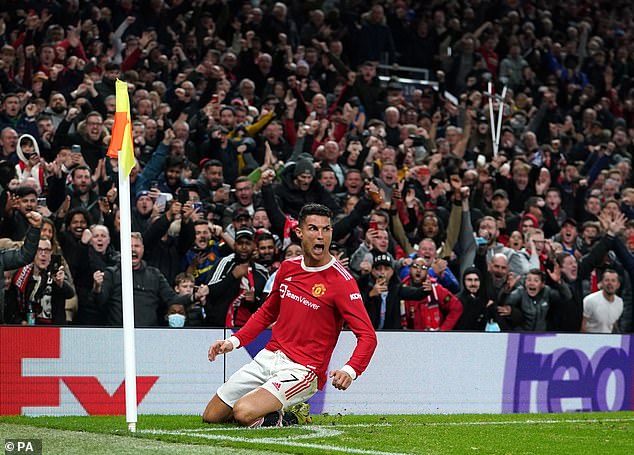 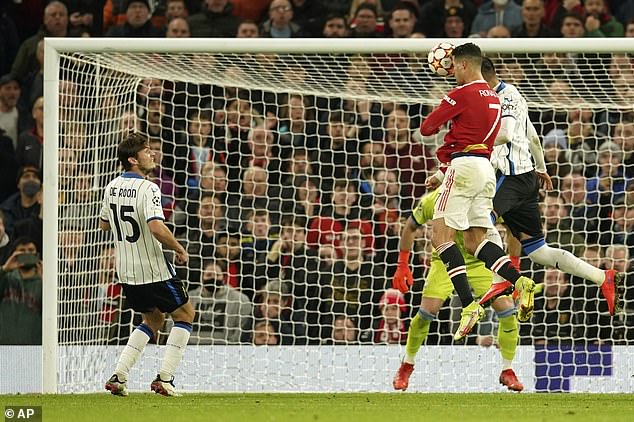 ‘If anyone wants to criticise him for his work rate or attitude, just watch this game, watch how he runs around – he’s great in front of goal,’ said Solskjaer.

‘I was really pleased with how he led the line. We asked him to run the channels and press more. We were at home and we wanted to get the crowd behind us.

‘He did everything a centre-forward should do, leading the line and defending. The goal is just what he does better than most.’

A dramatic victory lifted the pressure on Solskjaer following a run of four defeats in seven games. He reacted angrily when it was suggested that Wednesday’s comeback proved that the team is playing for him.

‘Don’t even start, don’t disrespect the players,’ said Solskjaer. ‘They played for Man United and they are the luckiest men in the world because they’re the ones who get to play for Man United. Millions of boys and girls would love to do that.’ 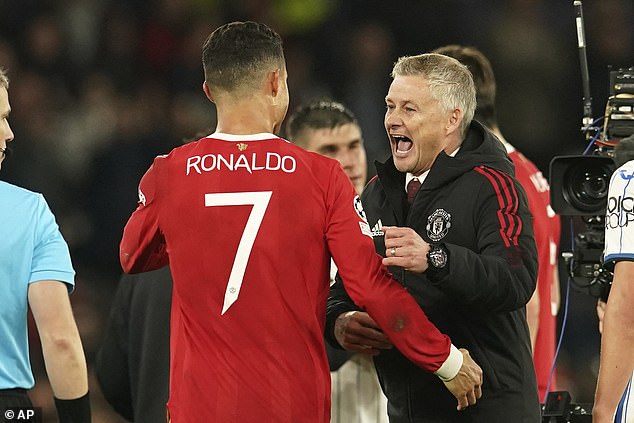 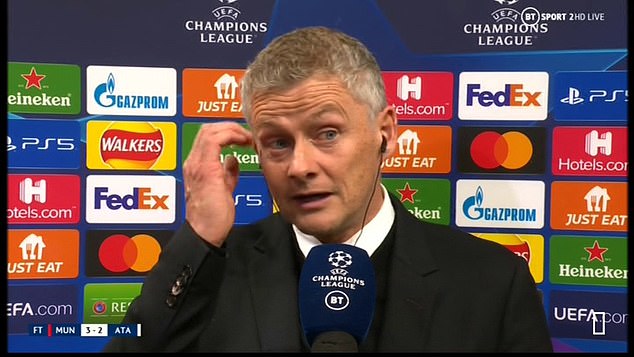 Boos were heard around Old Trafford when Atalanta went two goals ahead inside half an hour, and again at half-time. But Marcus Rashford – with his second goal in two games – and Harry Maguire levelled before Ronaldo’s 81st-minute winner to transform the mood inside the ground.

‘Rashford will be very important for us and it was instinctive finish from Maguire when we didn’t expect him to score that one,’ added Solskjaer.

‘There are times when you are down as a supporter but the fans have kept everyone going and gave the players the belief. The singing corner are the best in the world.

‘I thought we played well in the first half but two chances and two goals, and that has to stop. We’ve got a habit of doing that at this club, but they never stopped believing and kept going.’ 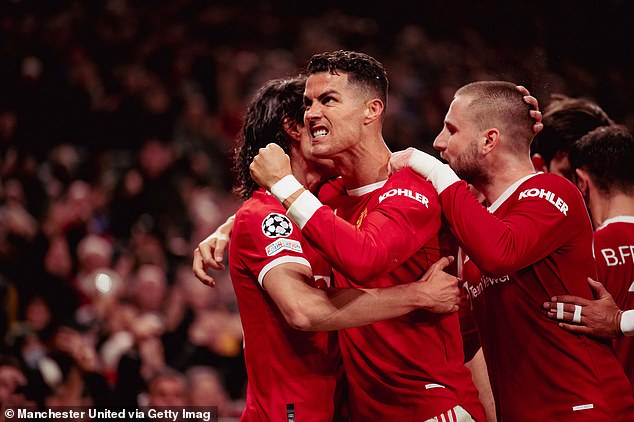 Ronaldo roars with delight at his late winning goal, while his team-mates congratulate him 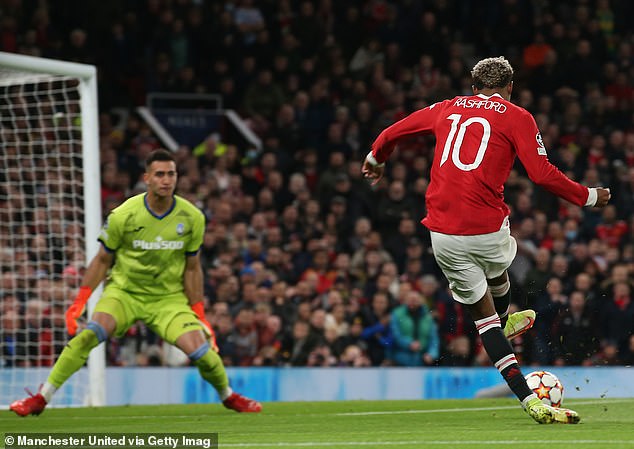