From the moment Ralf Rangnick named 11 changes to the Manchester United team that defeated Crystal Palace 1-0 at the weekend, this was never going to be the easiest night for the most inexperienced.

Still the likes of Anthony Elanga and Amad Diallo would have been delighted at a rare chance to not just get a run out with the ‘first-team’ but to do it at Old Trafford on a Champions League night.

In the dead rubber 1-1 draw with Young Boys, opportunity knocked for both of their United careers that for various reasons had not kicked on under Ole Gunnar Solskjaer before his recent departure as manager. 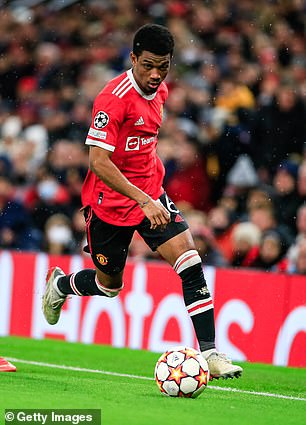 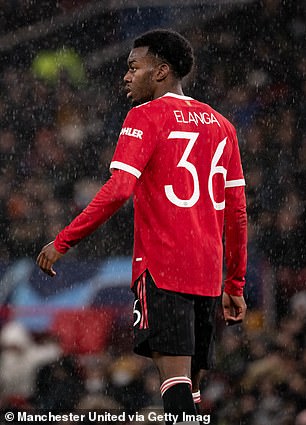 With Elanga starting on the left and Diallo on the right of the attack they were expected to provide attacking width for Mason Greenwood up front, with Jesse Lingard operating between the trio.

Behind them Donny van de Beek and Juan Mata would complete the midfield.

The trouble with this set-up was although the likes of Greenwood, Mata, Lingard and Van de Beek hardly need any introduction, when was the last time any of them played together?

Such a disjointed midfield line-up no matter how balanced it looked was never going to gel instantly and as a result the home side never had the control of the game which would have helped get the best out of the likes of Elanga and Diallo. 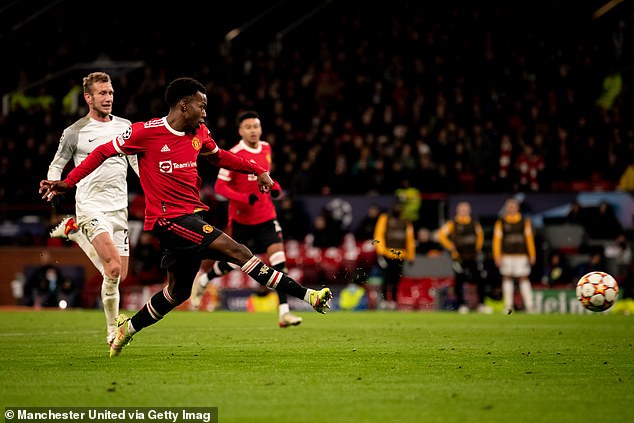 Elanga especially suffered in the first half at a lack of service but in the one key move he was involved in – there were hardly any others – it proved crucial.

The Swede was starting for just the first time since scoring at Wolves in the Premier League on the final day of last season but has come off the bench twice this term – including for the final 15 minutes against Palace.

Collecting a short pass from Jesse Lingard, the 19-year-old advanced forward a yard or two before spotting an overlapping run and releasing Luke Shaw down the left, whose cross was expertly taken by Greenwood to open the scoring. One chance made at least then, and it was the biggie. 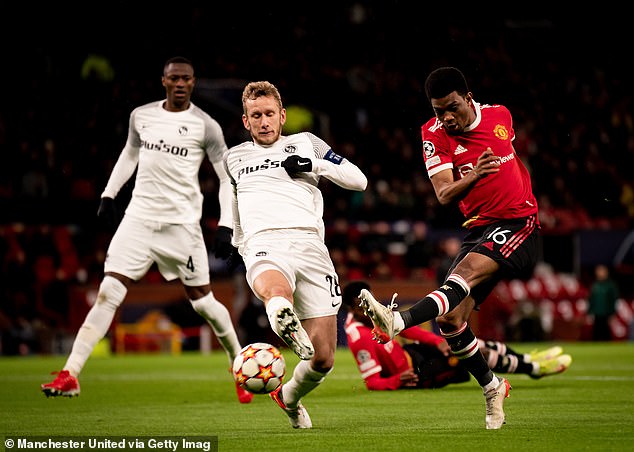 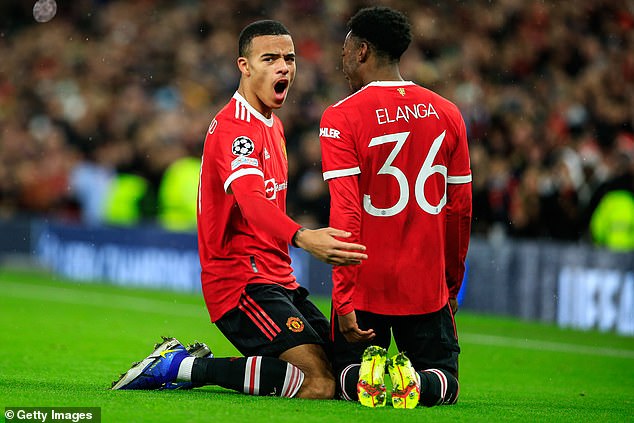 The second half saw Elanga see more of the ball as he moved more into a centre-forward row but he blew his big moment when put in on goal by firing straight at the keeper.

It was to be his last big opportunity to shine as United’s attacks faded away in the second half to almost nothing leaving him isolated up top.

Amad Diallo meanwhile was playing just his first game of the season almost a year on from his £35million move from Atalanta having been lost in the shuffle.

And shuffling was about all he could show in the first half to keep warm on a chilly night at Old Trafford, as like Elanga he also saw little of the ball after seeing a deflected shot saved in the first few minutes. 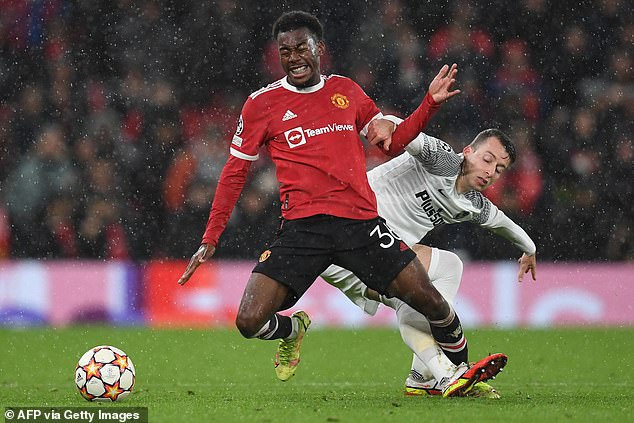 His only other opportunity saw him released on a counter attack down the left, only to then cut inside and play a cut-back to none of his team-mates waiting in Lingard or Van de Beek.

The Ivorian was arguably United’s most creative outlet in the second half, but that’s not singing too high of praise considering the lack of United attempts.

He played a role in teeing up Elanga’s opportunity in a one-on-one and even did his bit in defence too after making a crucial tackle following a corner to deny a shot on goal. 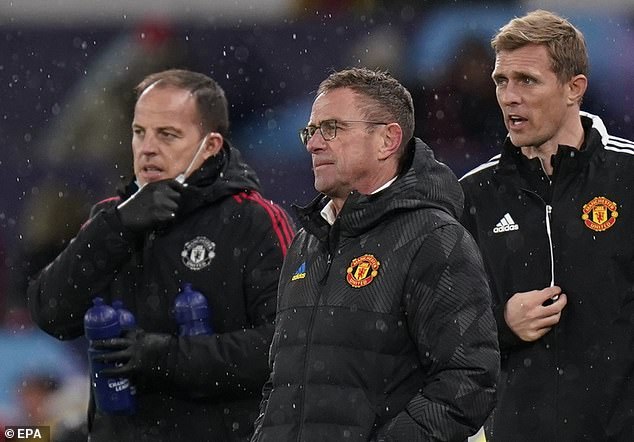 HIs withdrawal after 68 minutes was no reflection on his performance as he put in a solid enough shift before being replaced by Shola Shoretire.

On Wednesday night’s evidence, neither Elanga nor Diallo did much wrong and in the circumstances of a testing support cast it can even be argued they performed well – they certainly didn’t lack commitment or ‘blow it’.

But just ‘ok’ performances are not going to be enough to oust first-team stars like Marcus Rashford or Cristiano Ronaldo from a starting line-up anytime soon.

Rangnick is unlikely to have seen anything from his 19-year-old stars that will give him selection headaches anytime soon but more chances are sure to follow for a talented pair.

‘This is our reality and I’m p***** off’: Xavi lets rip after Bayern Munich humble Barcelona