Now Max Verstappen is in the dock! Red Bull star joins Lewis Hamilton in being investigated by stewards over a potential rule breach after he was seen inspecting his Mercedes rival’s car following qualifying in Brazil

Lewis Hamilton‘s hopes of winning a record eighth Formula One championship could be handed a lifeline after Max Verstappen was summoned by the stewards over a potential rule breach in parc ferme.

A video posted on Twitter showed the Dutchman inspecting the rear wing of Hamilton’s Mercedes on Friday, after the Briton had finished four tenths of a second ahead of him to secure pole position for today’s sprint race.

The FIA – motorsports’ governing body – confirmed Verstappen’s actions were being reviewed and that the Red Bull driver had been asked to attend an official hearing over an ‘alleged breach of Article 2.5.1 of the FIA International Sporting Code’. 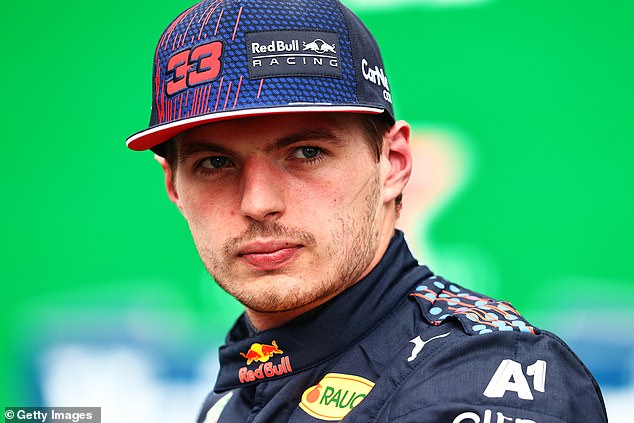 Article 2.5.1 states that: ‘Inside the Parc Ferme, only the officials assigned may enter. No operation, checking, tuning or repair is allowed unless authorised by the same officials or by the applicable regulations.’

The hearing will take place at 9:30am local time on Saturday (12:30pm GMT), five hours before the start of the 24-lap sprint race.

Hamilton, who trails Verstappen by 19 points in the standings with four races left and 107 points up for grabs, faces a meeting with the stewards of his own. 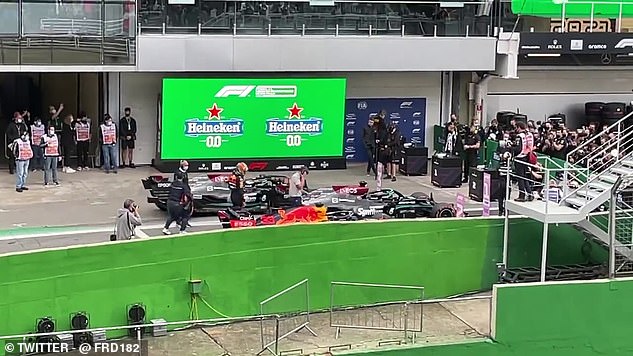 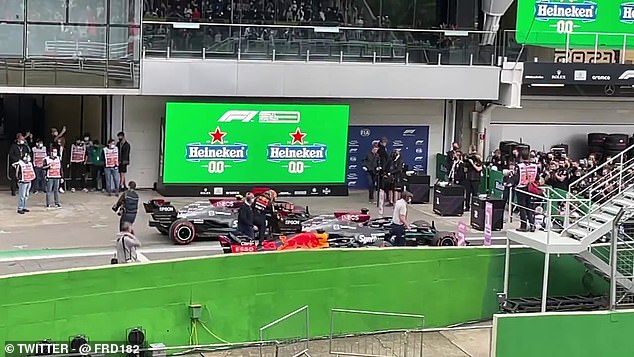 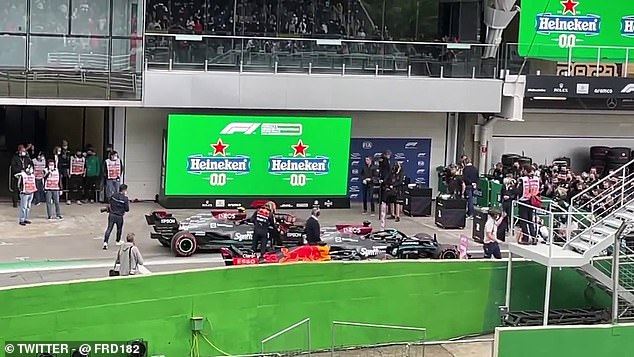 FIA regulations, however, prohibit drivers to inspect or modify cars in parc ferme

The Briton’s car was referred to the stewards after qualifying for an irregularity in its DRS system and remains under investigation.

Should the steward determine Hamilton’s Mercedes breached technical regulations, the seven-time world champion could be disqualified from qualifying and would have to start the sprint race from last place.

It would be a major blow for Hamilton, who has already taken a five-place grid penalty after his team opted to fit a new engine unit on his car.

‘We have degradation on the engine that until the end of the season is going to continue to decrease in power, we haven’t yet realised why,’ said Mercedes team principal, Toto Wolff. 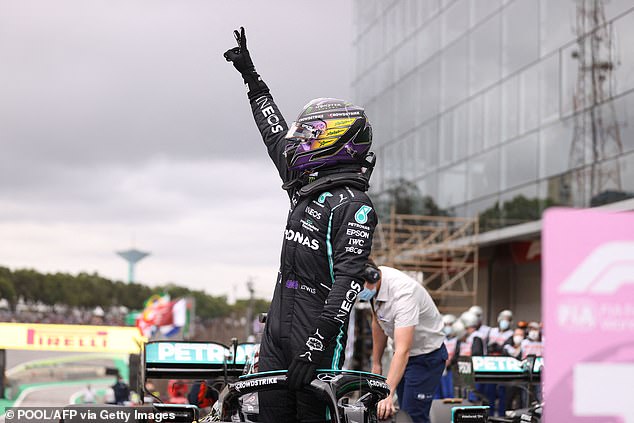 Lewis Hamilton claimed pole for the sprint race on Friday, finishing ahead of Verstappen 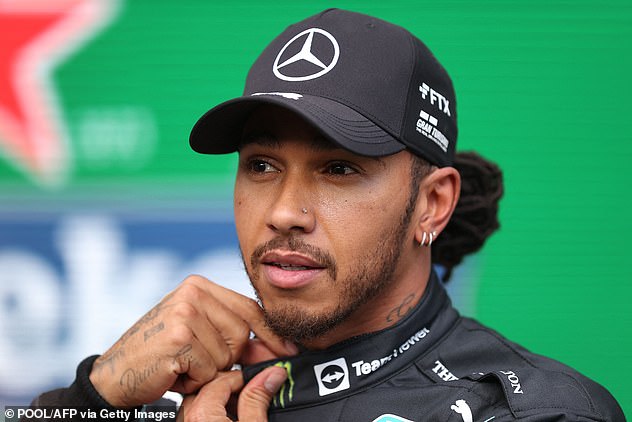 The Briton, however, has been summoned by the stewards over potential DRS violations 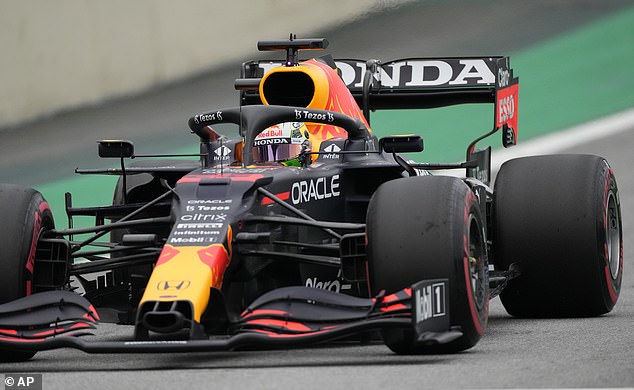 ‘It’s degrading much more than the average of the past few years. If we keep the engine we are not going to be competitive [at the final two rounds] in Saudi and Abu Dhabi.’

Hamilton, however, remained upbeat despite the five-place penalty.

‘We have the penalty but will give it everything we’ve got. It’s not easy to follow here and Max is starting on pole now,’ he said after qualifying.

‘It’s going to be very hard to catch him but I will do my best to get through the field.’