Raheem Sterling has asked Manchester City to sanction transfer to Barcelona this January after falling down the pecking order under Pep Guardiola, according to reports.

Sterling – who has 18 months left on his contract at City – played a starring during England’s Euro 2020 campaign but has since struggled to cement a place in Guardiola’s starting IX.

Therefore, the 26-year-old striker believes the opportunity to play regular football in LaLiga is too good to turn down.

According to Sport, Sterling has told Manchester City manager Guardiola that he would like to join Barcelona during the January transfer window.

When previously asked about Sterling’s future at the club during a pre-match press conference, Guardiola said: ‘Don’t ask me from now on until the last day of the window about transfers because I’m not going to answer.

‘It is not my business and it is not our business – Raheem’s either. Our business is Everton, PSG, West Ham, and the rest.

‘I’m not going to answer any questions about what is going to happen in the future because I don’t know. And I am not concerned for one second.’ 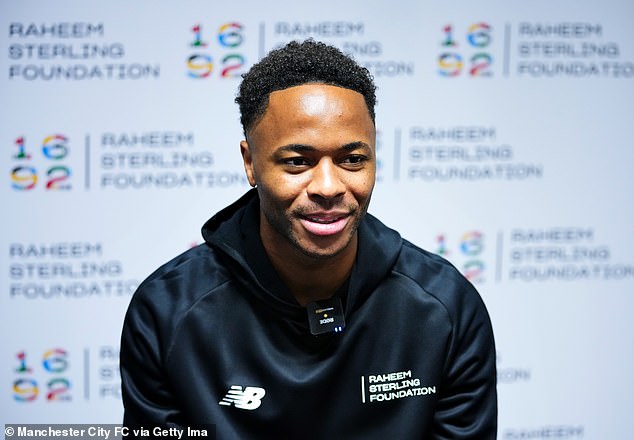