T20 World Cup: Eoin Morgan hails Jos Buttler as 'one of the best players in the world'
Advertisement

By Lawrence Booth for The Mail on Sunday

Eoin Morgan hailed Jos Buttler as one of the world’s cricket’s revolutionaries after his unbeaten 71 off 32 balls hurried England to an eight-wicket mauling of Australia in Dubai, and within touching distance of the T20 World Cup semi-finals.

‘He’s certainly one of our players – and there are a few of them – that are at the forefront of changing the game,’ said the England captain. ‘He’s one of the best players in the world, but he’s still trying to improve his game.’

Asked if he had ever seen Buttler hit the ball more sweetly, Morgan recalled a 46-ball hundred at the same ground in a one-day international against Pakistan six years ago. He added: ‘When he comes off like that, it’s very difficult to stop him.’

His Australian counterpart Aaron Finch did not disagree. ‘It was an outstanding knock,’ he said. ‘He struck the ball cleanly – we knew that they were going to come hard. They bowled well, and put us on the back foot early. It’s why they’ve been the best in the world for a while.’

Morgan also praised Chris Woakes, who took the big wickets of David Warner and Glenn Maxwell, as well as holding an outstanding catch at mid-on to see off Steve Smith as Australia slipped to 15 for three.

Woakes, who before this summer had not played a T20 international for five and a half years, now has tournament figures of 10-0-47-4, and Morgan said: ‘He’s one of the best new-ball bowlers in white-ball cricket in the world. He’s accurate, his pace is up, and he’s very confident in his all-round skills.’ 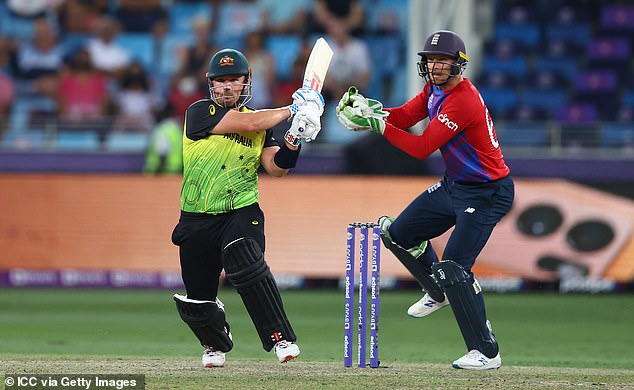 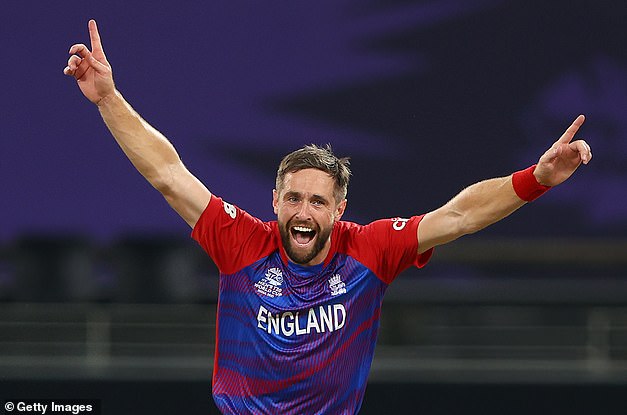