The Special One meets the Notorious One! Roma boss Jose Mourinho hosts MMA star Conor McGregor and receives Irish whiskey in return for a club shirt

Roma manager Jose Mourinho has revealed details of his meeting with MMA star Conor McGregor on Friday night on his social media account.

The Special One – former boss of McGregor’s boyhood favourites Manchester United – linked up with ‘the Notorious’ in the Italian capital in a gathering of two giants of their respective sports, with McGregor in Rome for his son Rian’s christening.

And Mourinho revealed in an Instagram post to his 2.5million followers – already liked more than 180,000 times – that he offered McGregor a Roma club shirt with ‘Conor 10’ on the back and received some of the 33-year-old’s Proper Whiskey in return. 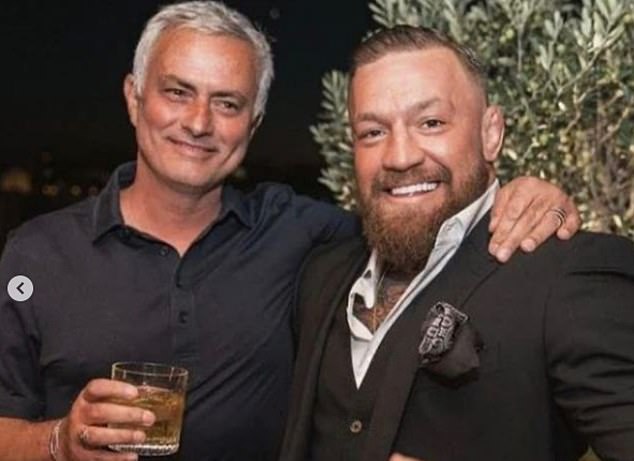 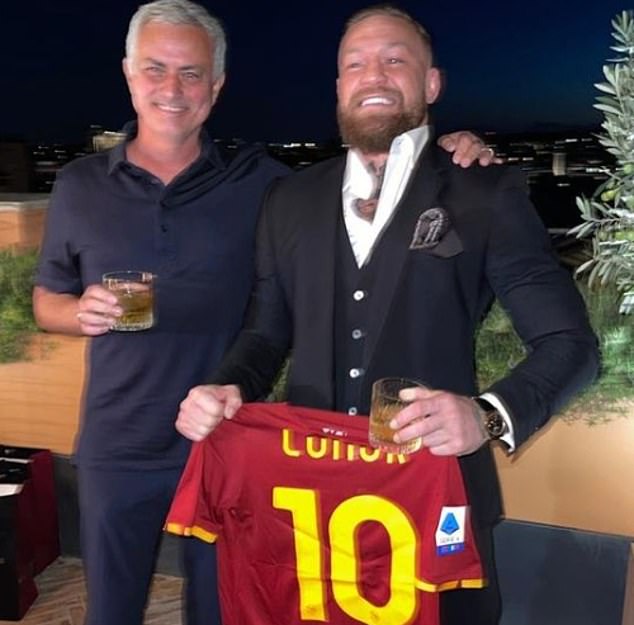 His caption read: ‘Yes it’s him! Yes, the great @thenotoriousmma is in Rome and yes it was a real pleasure to meet him, to share some stories and to offer him the most beautiful shirt in town @officialasroma.

‘He made a miracle, it’s impossible to say no to Conor, I had to try @properwhiskey LEGENDA’.

Pictures on McGregor’s story also display the meeting, and the Irishman echoed the respectful dialogue between the pair, writing the caption: ‘Respect to this man. Legend.’ 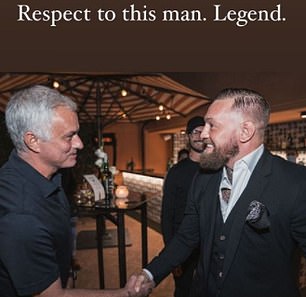 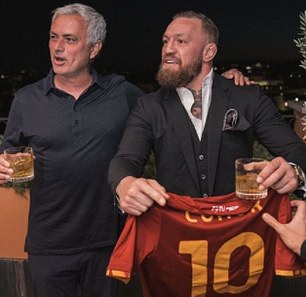 McGregor also posted snaps of their meet-up on his Instagram story to his 42.6m followers

McGregor recently said he was returning to Europe to continue his road to recovery after a long spell in the US following his broken leg suffered in his defeat against Dustin Poirier in their trilogy fight.

Mourinho, meanwhile, has enjoyed a solid start to his career at the Stadio Olimpico after joining in May after his sacking by Premier League Tottenham.

The 58-year-old’s side have won five and lost two of their seven Serie A games, lying in the fourth Champions League spot and six points behind leaders Napoli, and are top of Europa Conference League Group C after two victories from two.