'This is our reality and I'm p***** off': Xavi lets rip after Bayern Munich humble Barcelona
Advertisement

‘This is our reality and I’m p***** off’: Barcelona boss Xavi lets rip after watching his side get dumped into the Europa League by Bayern Munich

Barcelona manager Xavi did not mince his words after watching his team get easily beat by Bayern Munich and knocked out of the Champions League in the process.

The Spanish club lost 3-0 on the night to continue what has been an extremely disappointing start to the season.

The result saw them drop into the Europa League and their new boss was not pleased at all. 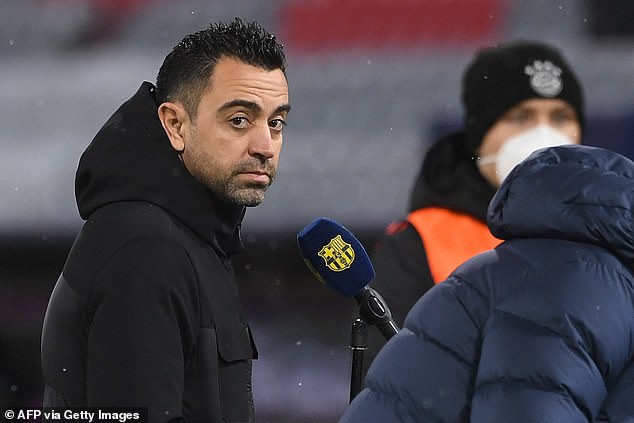 ‘They’ve dominated us, we always want to dominate and subdue our rival but it’s been the other way around,’ the midfield legend said.

”We have to demand more of ourselves. We’re Barcelona. This has to be a turning point to change the dynamic and many things. We haven’t competed. This is the Champions League.

‘Today a new stage begins and we start from scratch. Our goal is the Champions League, not the Europa League. We have to work hard. I don’t like the word failure, because we have tried. I love this club and I will give my life to make it work.’ 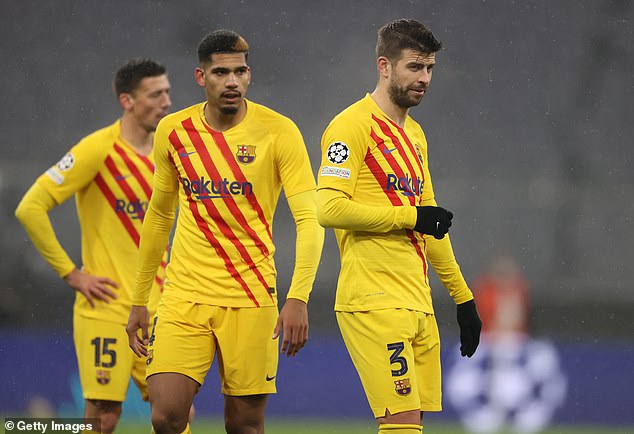 Manchester Untied: Anthony Elanga and Amad Diallo showed promise but for now that won’t be enough