By Sami Mokbel and Adrian Kajumba For The Daily Mail

The Premier League club are optimistic the game won’t go ahead due to the club’s Covid crisis.

Sportsmail has learned that there was growing confidence at the north London club on Wednesday night that UEFA would agree to postpone the fixture. 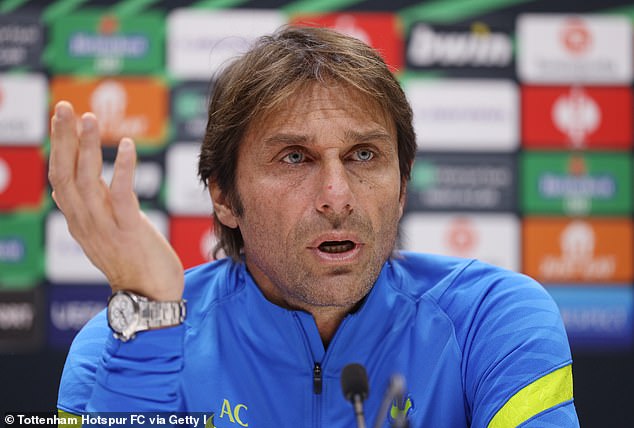 The news comes after the club reported at least 13 positive coronavirus cases – including 11 players.

Spurs officials have been in talks with representatives from European football’s governing body with a view to getting the game halted.

And there is significant belief that the European Conference League game will now go ahead at a later date.

The news will delight Antonio Conte who spoke passionately about why the game should not go ahead.

Conte confirmed the number of Covid-hit members of the Spurs camp had swelled to 13 with another two people among the playing squad and staff testing positive — after being involved in training on Wednesday. 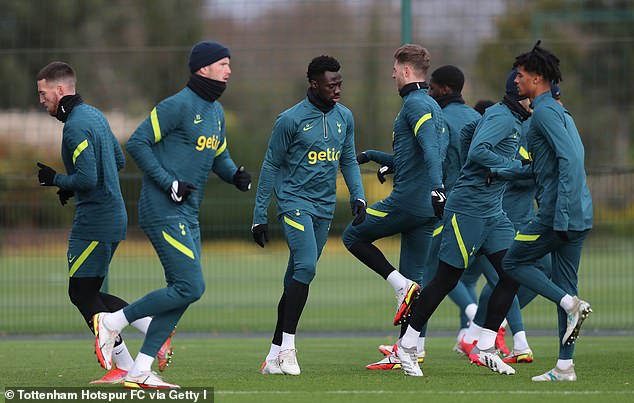 UEFA are giving serious consideration to postponing their game against Rennes

UEFA rules state that a team must fulfil a fixture if they have at least 13 fit players including a goalkeeper. Spurs are understood to have just about enough players available, without the suspended Ryan Sessegnon plus their injured and Covid-affected players, to meet that threshold.

But with their squad so severely weakened, they hope common sense will prevail. There are also concerns about forcing Rennes to travel from to England and into a seemingly unsafe environment.

UEFA on Wednesday maintained they were expecting the game ‘to take place as scheduled’ but were closely monitoring the situation.

A visibly upset Conte said: ‘The problem is every day we are having people with Covid.

‘People who yesterday weren’t positive, today are positive, and we continue to have contact. This is a serious problem. Not a good situation. Every day we are having positives. 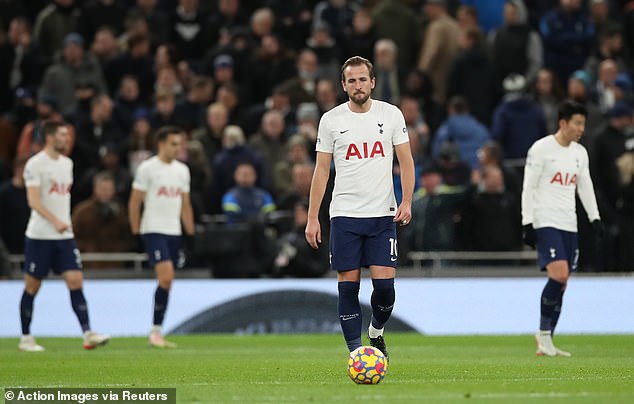 It is not yet known which players have been affected, with seven initially picking up the virus before the situation escalated

‘Everyone is a bit scared because we all have family and (think) why do I have to take this risk?

‘There are situations that made me very, very upset, very upset because the situation is serious and it is contagious and there is a big infection and now for sure we are a bit scared because tomorrow we don’t know what happens.

‘Me? Maybe. Better me than a player for sure but I think that it is not right for everyone because we have family and we have contact with them.’

A postponement would cause a fixture pile-up for Spurs, who must fulfil the fixture by the end of December and have six other matches to play before January. Wednesday’s two positive results came following standard pre-match UEFA Covid checks. Given the outbreak, Spurs could conduct more today, raising the prospect of learning that the virus has spread further. 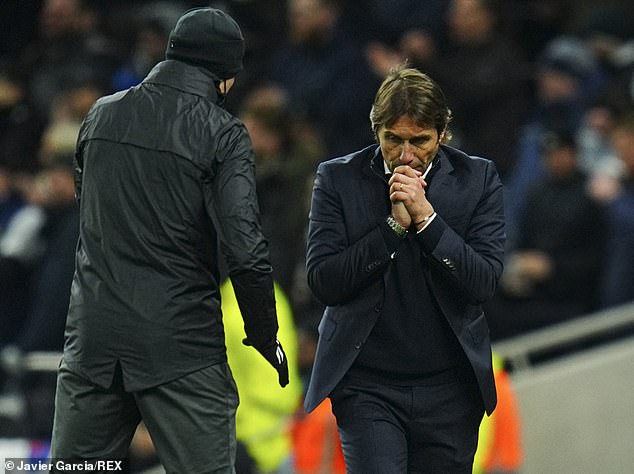 Although UEFA’s rules on Covid postponements are set in stone, leaving Spurs facing an uphill task to persuade European football’s governing body unless more positives are reported, the Premier League treat each game on a case-by-case basis. Spurs are set to request that the league to rearrange Sunday’s trip to Brighton and will be hopeful after Newcastle and Aston Villa had games called off last season when their cases hit double figures.

Manchester City had a request accepted after recording fewer than 10 positives and Fulham had two games moved. With those who have tested positive forced to isolate for 10 days, Spurs could also have issues with their two games next week — at Leicester and at home against Liverpool.

Spurs’ outbreak began ahead of Sunday’s 3-0 win over Norwich, who were made aware of the issues in the north Londoners’ camp and non-involvement of those affected players whose status was known at the time.

Norwich’s players were back in on Wednesday and tested with no issues reported.