An Atlanta area man suspected of fatally shooting his wife was arrested near Seattle on Saturday two weeks after her body was found just outside of St. Louis, according to police.

Luther ‘Luke’ Henderson, 39, was taken into custody by authorities in the Pacific Northwest after law enforcement officials in Georgia issued a warrant for his arrest on a felony murder charge.

Henderson was last seen with his wife, 33-year-old Tykeisha Dixon, on May 6 as they were leaving their home in Roswell, Georgia where their three sons were being watched by a babysitter, the Atlanta Journal-Constitution reported.

Police said Dixon’s body was found two days later on the side of a road in Edwardsville, Illinois – a college town that lies about 20 miles northeast of St. Louis. 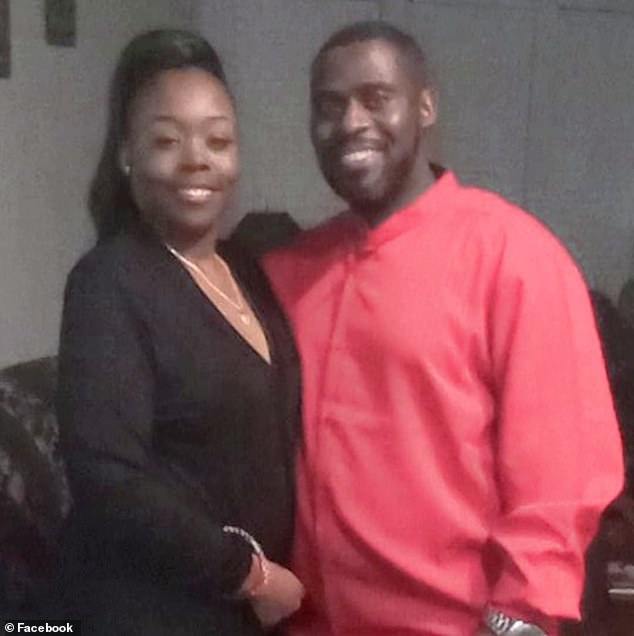 Atlanta police allege that Tykeisha Dixon (left) was fatally shot by her husband, Luther ‘Luke’ Henderson (right), on May 6 near their home in Roswell, Georgia 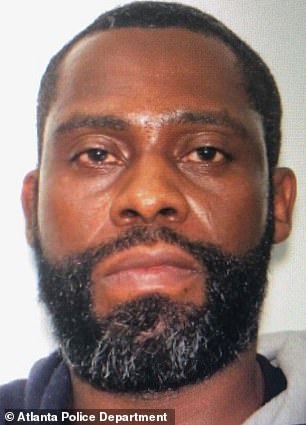 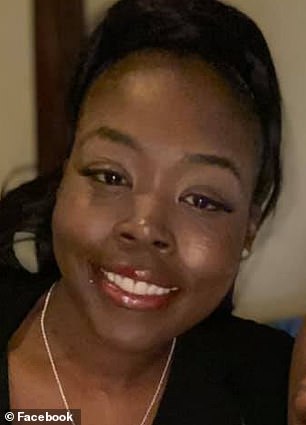 Luther ‘Luke’ Henderson (left), 39, was taken into custody by authorities in the Pacific Northwest after law enforcement officials in Georgia issued a warrant for his arrest on a felony murder charge. He faces murder charges in the death of his wife, Tykeisha Dixon (right), 33 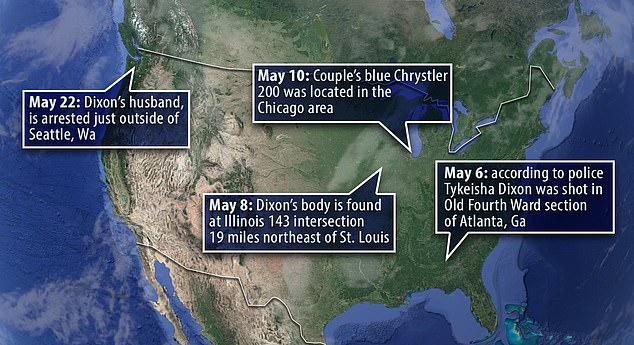 Dixon’s body was found on May 8 near St. Louis on May 8. Two days later, the couple’s car was located near Chicago but Henderson was still missing. This past weekend, he was arrested by police near Seattle

The couple is not known to have had any connection to the area.

According to investigators in Atlanta, Dixon was shot sometime on May 6.

Police believe that the shooting took place in the Old Fourth Ward section of Atlanta.

Henderson and Dixon were believed to have been traveling to pick up Henderson’s daughter at a nearby Taco Bell that night.

A missing person’s report filed by police in Roswell indicated that the girl told her uncle that ‘while they were in the car together, Henderson took Dixon’s cellphone and threw it out the car, breaking it, somewhere on North Ave. in Atlanta.’

‘Henderson’s cellphone was broken as well.’

Atlanta police were notified by law enforcement officials in the Greater St. Louis area that the couple’s car – a blue Chrysler 200 – was found near Chicago on May 10.

Henderson, however, was still missing.

‘I did a canvass at the area that Tykeisha and Luther were last seen in, and with the help of witnesses, phone records and surveillance cameras, I was able to develop enough probable cause to charge Luther Henderson with the death of Tykeisha Dixon,’ Atlanta Police Detective Jamael Logan said. 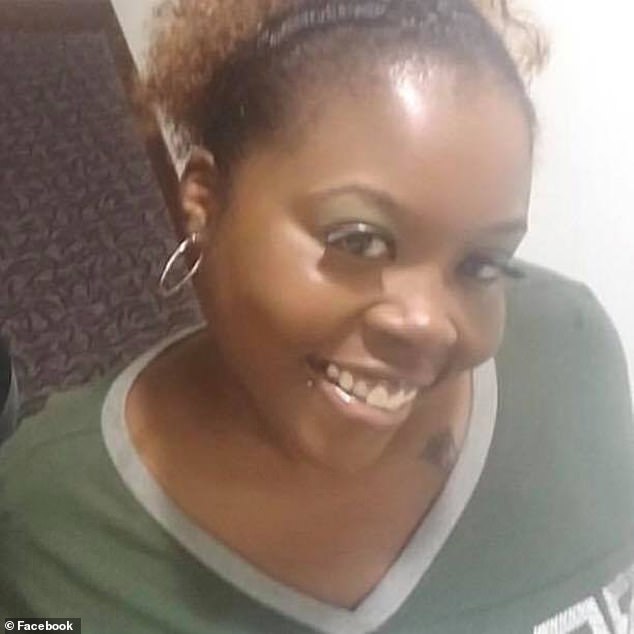 ‘She was a very caring, loving person,’ Dixon’s brother, Talaris Adams said. ‘She never met a stranger and her smile literally lit up the room.’

Henderson remains in Washington State where he is awaiting extradition to Georgia to face charges.

Dixon’s brother, Talaris Adams, told AJC that the family was devastated by his sister’s death.

‘She was a very caring, loving person,’ Adams said.

‘She never met a stranger and her smile literally lit up the room. If you weren’t her friend before she first met you, you would be by the end of the night.

‘She just loved people and she didn’t deserve what happened to her, at all.’

A memorial service in Dixon’s honor was held on Friday. Her family launched a crowdfunding effort on GoFundMe to help pay for funeral expenses as well as costs related to caring for her three sons ages 10 to 16.