Former West Wing star Joshua Malina has called on Hollywood to ‘cancel Mel Gibson,’ slamming the actor as a ‘well-known Jew-hater’ in a pull-no-punches essay for the Atlantic.

Malina, who starred in the famed political drama before landing a role in the hit ABC series Scandal in 2012, blasted Warner Bros. for bringing back Gibson, 65, to star in and direct the fifth installment of the popular Lethal Weapon franchise.

‘Gibson is a well-known Jew-hater,’ Malina wrote in the essay, published Thursday, saying that the term ‘anti-Semite is too mild’ to describe the actor,  who has been embroiled in scandals involving anti-Semitism, racism and domestic abuse during his career.

‘So my question is, what does a guy have to do these days to get put on Hollywood’s no-fly list?’ added the actor, who is Jewish.

‘I’m a character actor. I tend to take the jobs that come my way. But – and this hurts to write – you couldn’t pay me enough to work with Mel Gibson.’ 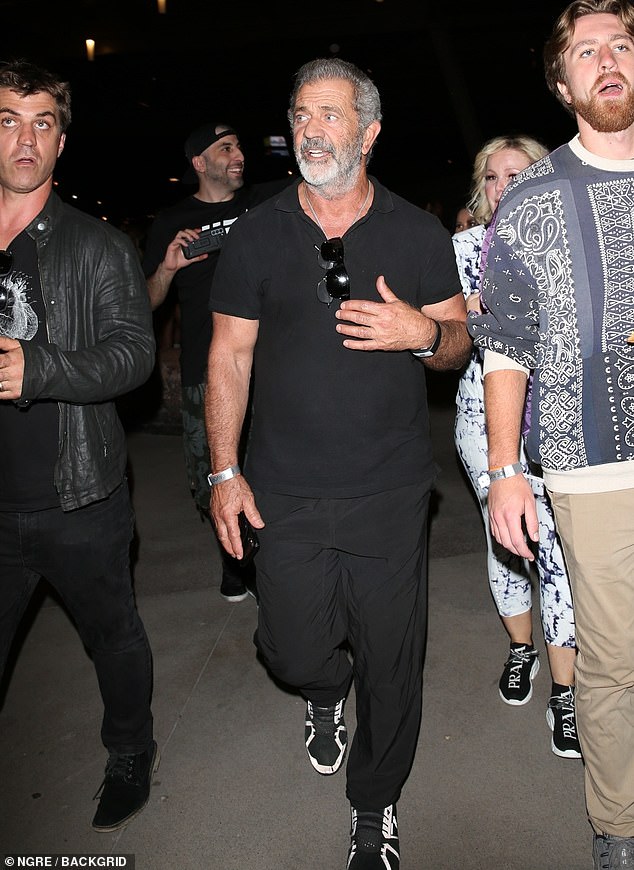 Gibson – who was just tapped to direct the fifth installment of the Lethal Weapon franchise – came under fire from Malina, due to career rife with controversy over  instances of anti-Semitism, racism, and even domestic abuse

Gibson, who starred in the first four Lethal Weapons movies, was brought back to helm the latest installment after the death of Richard Donner, who directed the other films.

‘How did this guy become such a hot ticket again? Is it just that memories of his hate speech have faded, while Hollywood’s recollection of his box-office pull remains?’ Malina asked.

He then criticized Warner Bros. – which was founded by four unschooled Jewish immigrants in the 1920s – for seemingly backing the movie. 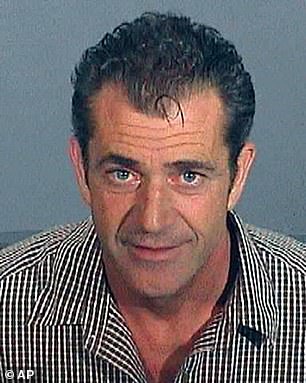 In 2016, the actor was heard in a leaked recording saying anti-Semitic remarks during a 2006 DUI arrest – an instance Malina referred to in his opinion piece

‘How can Warner Bros. (a company founded by Jews) possibly consider hiring this man again?’ he wrote before citing the company’s diversity polices found on their website.

Malina conceded that Gibson is ‘a talented man’ – but noted that ‘many horrible people produce wonderful art.’

Gibson has starred in Hollywood classics that have included Braveheart, for which he won an Academy Award as best director, and the Mad Max movies.

He was criticized for his religious zealotry after directing Passion of the Christ in 2004, but his career has been rife with controversy over the past  decade, with many of the instances stemming from remarks deemed anti-Semitic.

Last year, actress Winona Ryder, who is Jewish, revealed that the Australian-born actor once asked her at a party whether she was an ‘oven dodger,’ referencing the horrors faced at concentration camps during the Holocaust.

Gibson has denied making the remark.

In 2016, the actor was heard in a leaked recording saying anti-Semitic remarks during a 2006 DUI arrest – an instance Malina referred to in his opinion piece. 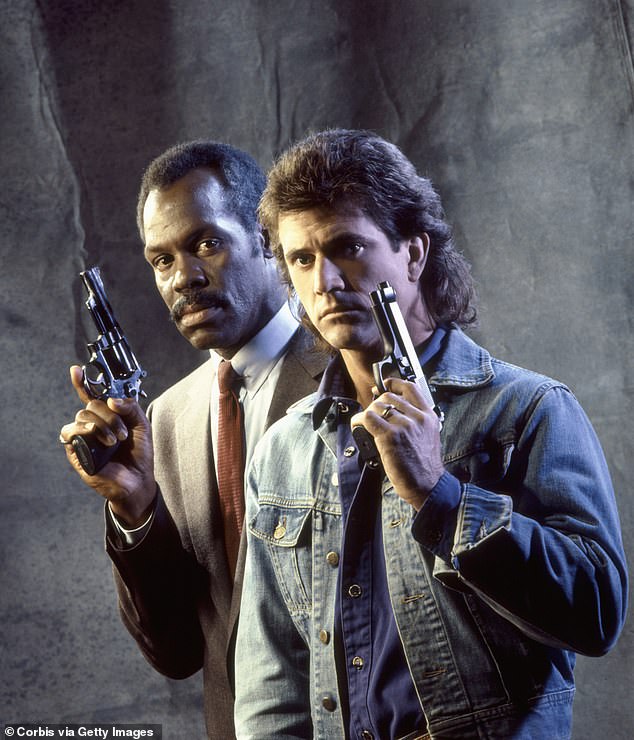 Gibson, who starred in the first four Lethal Weapons movies with film partner Danny Glover (pictured at left), was tabbed to helm the latest installment in the hit franchise. The first four films – released between 1987 and 1998 – garnered nearly $1 billion worldwide at the box office 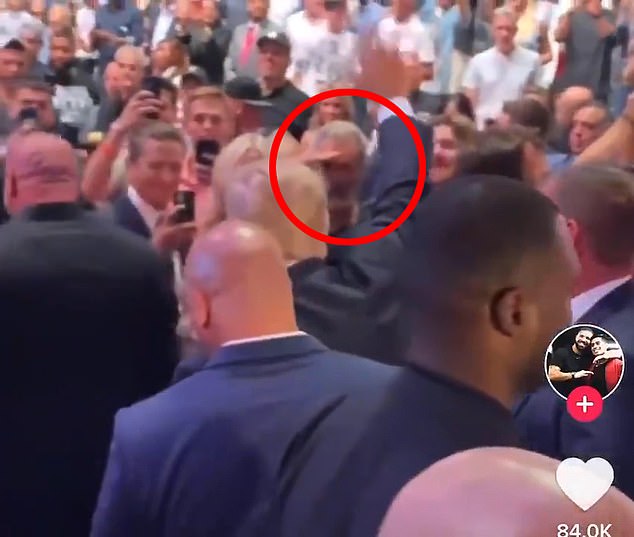 In July earlier this year, Gibson (circled came under fire after he was recorded saluting former President Donald Trump at a UFC event in Las Vegas

Following the arrest, Gibson appeared on Variety’s ‘Playback’ podcast and responded to the incident, which he called ‘unfortunate.’

‘I was loaded and angry and arrested,’ Gibson said on the podcast. ‘I was recorded illegally by an unscrupulous police officer who was never prosecuted for that crime. And then it was made public by him for profit, and by members of – we’ll call it the press. So, not fair.’

The actor added: ‘I guess as who I am, I’m not allowed to have a nervous breakdown, ever.’

Malina, who also took a shot at Gibson for saluting former President Donald Trump at a UFC event in Las Vegas this year, wrote that Gibson has been accused of saying ‘sexist things and yelled racist slurs, and that should have been enough for liberal Hollywood to cut him off.’

‘But his reported anti-Semitism has been more consistent, more open, and more egregious.’

Malina also noted the infamous 2010 voicemails in which Gibson could be heard using racist and misogynistic language towards then-girlfriend Oksana Grigorieva, as well as the actor’s ‘no contest’ plea to charges of domestic battery against her the following year.

The actor acknowledged his essay could harm his own career, especially with Warner Bros., which produced The West Wing.

He then added: ‘It would be great if higher-profile executives, producers, and actors would also take a stand.

‘Then I could believe in this cancel culture I keep reading so much about. And I could also believe that Jews do, in fact, count.’