Police investigating the death of a mother who was deliberately mowed down by a car have arrested one wanted man but are still looking for another.

It comes after they arrested wanted Kaylib Connolly, 18, in connection with the incident. The remaining wanted man Qayum could be using crutches for a leg injury. 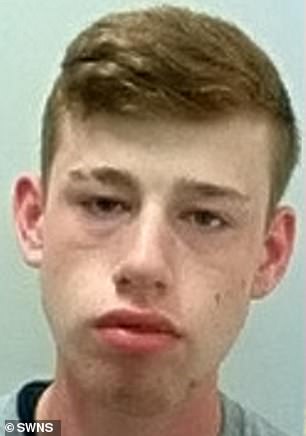 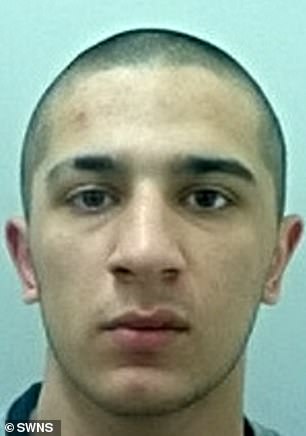 Officers have captured Kaylib Connolly, 18, left, but Dean Qayum, right, is still on the run following the murder of 36-year-old Alison McBlain

It is believed that Qayum is being harboured in his Blackburn hometown and police have warned anyone who is hiding him that they will be arrested.

A third person was arrested on suspicion of murder on Saturday.

Ms McBlain died in hospital on Thursday after being hit by a Fiat Punto Grande in Blackburn, at 7.50pm on Tuesday. Her family, including her 12-year-old son Reagan, were by her bedside.

‘They know police want to speak to them and I believe they are being harboured in and around the Blackburn area at this time. 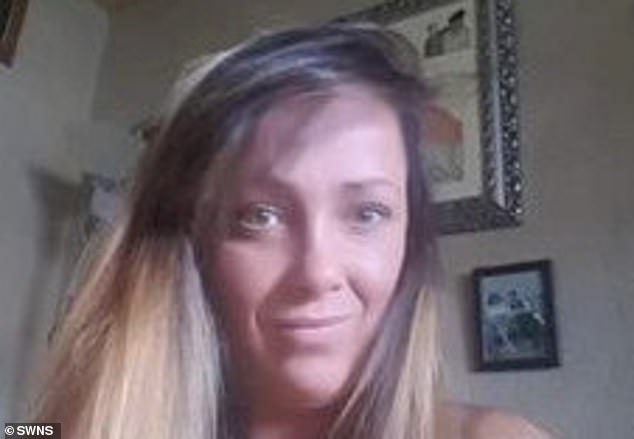 Alison McBlain died in hospital after being hit by a Fiat Punto Grande in Blackburn, at 7.50pm on Tuesday. Her family, including her 12-year-old son Reagan, were by her bedside

‘I would warn anyone who is protecting them, or helping to hide them, that we will identify this during our investigation and they will also be arrested and prosecuted.

‘My thoughts and those of the team engaged on this inquiry remain with Alison’s loved ones, in particular her 12-year-old son Reagan.

‘I would urge anyone with information about what has happened, or knows where Connolly and Qayum are, to do the right thing – please come forward and speak to police immediately.

‘We will not stop in our efforts to find both men and I would urge the public to help us find those responsible for this brutal and callous attack.’

Yesterday officers were granted more time to question him by the courts.

Detectives are also continuing to question a 26-year-old man from Blackburn arrested on suspicion of murder on Thursday afternoon.

A second pedestrian, 26-year-old Christian Rivers, suffered a broken ankle and broken wrist, after also being hit by the Fiat. 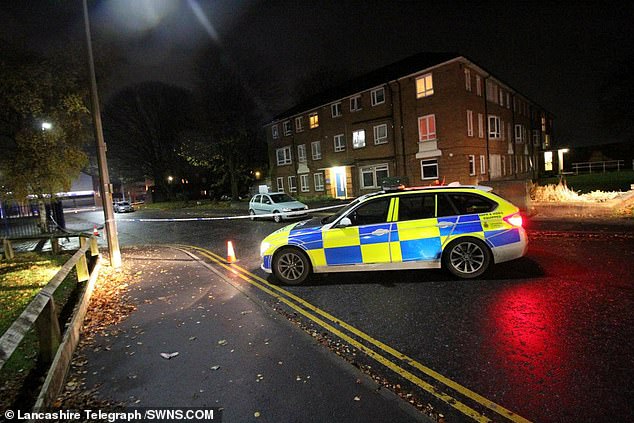 Police investigating the death of a mother who was deliberately mowed down by a car have released images of two men wanted in connection with her death. Officers are pictured at the scene in Blackburn, Lancashire

The Fiat Punto, which was believed to be on cloned plates, was driven off after the incident.

A similar car was later found by police in Lower Hollin Bank Street with significant front end damage and attempts had been made to set the vehicle on fire.

It has been recovered as part of the investigation.

Detectives said they remain keen to speak to anyone who witnessed the collision or who saw the car, registration EX07PYA, in the moments before or after the collision, to come forward.

They would also like to speak to anyone in the Whalley Banks or Hollin Bridge Street area who has CCTV or dashcam footage to contact them.

You can also contact independent charity Crimestoppers on 0800 555 111 anonymously.

Bodybuilder, 82, says man, 29, broke into the wrong house as she describes smashing a TABLE over him

Nigel Farage praises a Tory manifesto he can finally approve of 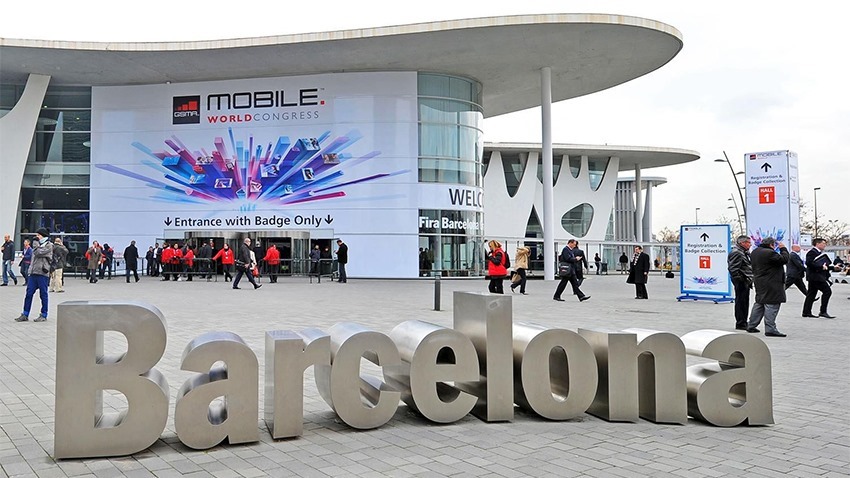 The biggest tech event in Europe has been cancelled this year due to the outbreak of coronavirus.

Mobile World Congress (MWC) usually takes place every February in Barcelona and brings together over 100,000 attendees to showcase all aspects of mobile technology.

However, the spread of coronavirus has caused many companies – including the likes of Sony and Amazon – to pull out of the show. Now the organisation in charge of the show has decided to cancel it altogether.

‘With due regard to the safe and healthy environment in Barcelona and the host country today, the GSMA has cancelled MWC Barcelona 2020 because the global concern regarding the coronavirus outbreak, travel concern and other circumstances, make it impossible for the GSMA to hold the event,’ explained John Hoffman, CEO of GSMA Limited.

The announcement followed a crisis meeting of the GSMA board, after its hand was forced by the pullout of anchor European members including Deutsche Telekom, Vodafone, BT and Nokia.

Barcelona’s mayor Ada Colau said earlier she wanted to send a ‘message of calm’, insisting the city was ready to host the event, while Spanish health officials reiterated that there was no reason to call off MWC.

MORE: Real-time map shows spread of coronavirus as it happens

The World Health Organisation, a UN agency leading the coronavirus crisis response, had also called in vain for calm.

‘There is no evidence at present to suggest that there is community spread outside China, so WHO is not currently requesting that large gatherings are cancelled,’ WHO spokesman Tarik Jasarevic told Reuters in Geneva.

That failed, however, to alleviate concerns among major exhibitors that the precautions would be insufficient to halt the virus that has spread beyond China’s borders to two dozen countries.

‘To bring people together and connect them: That is what Telekom stands for. This is also what the Mobile World Congress, the ‘class reunion’ of our industry, stands for,’ Deutsche Telekom CEO Tim Hoettges posted on LinkedIn.

He added, however, that large gatherings of people with many international guests posed a particular risk: ‘To take this risk would be irresponsible.’

The Chinese contingent at MWC has numbered 5,000-6,000 in recent years, making the event particularly vulnerable given the outbreak of the virus that has killed more than 1,100 people on the Chinese mainland.

In its statement, the GSMA said the host cities and partners respected and understood its decision, adding that they would ‘continue to be working in unison’ towards staging next year’s event. 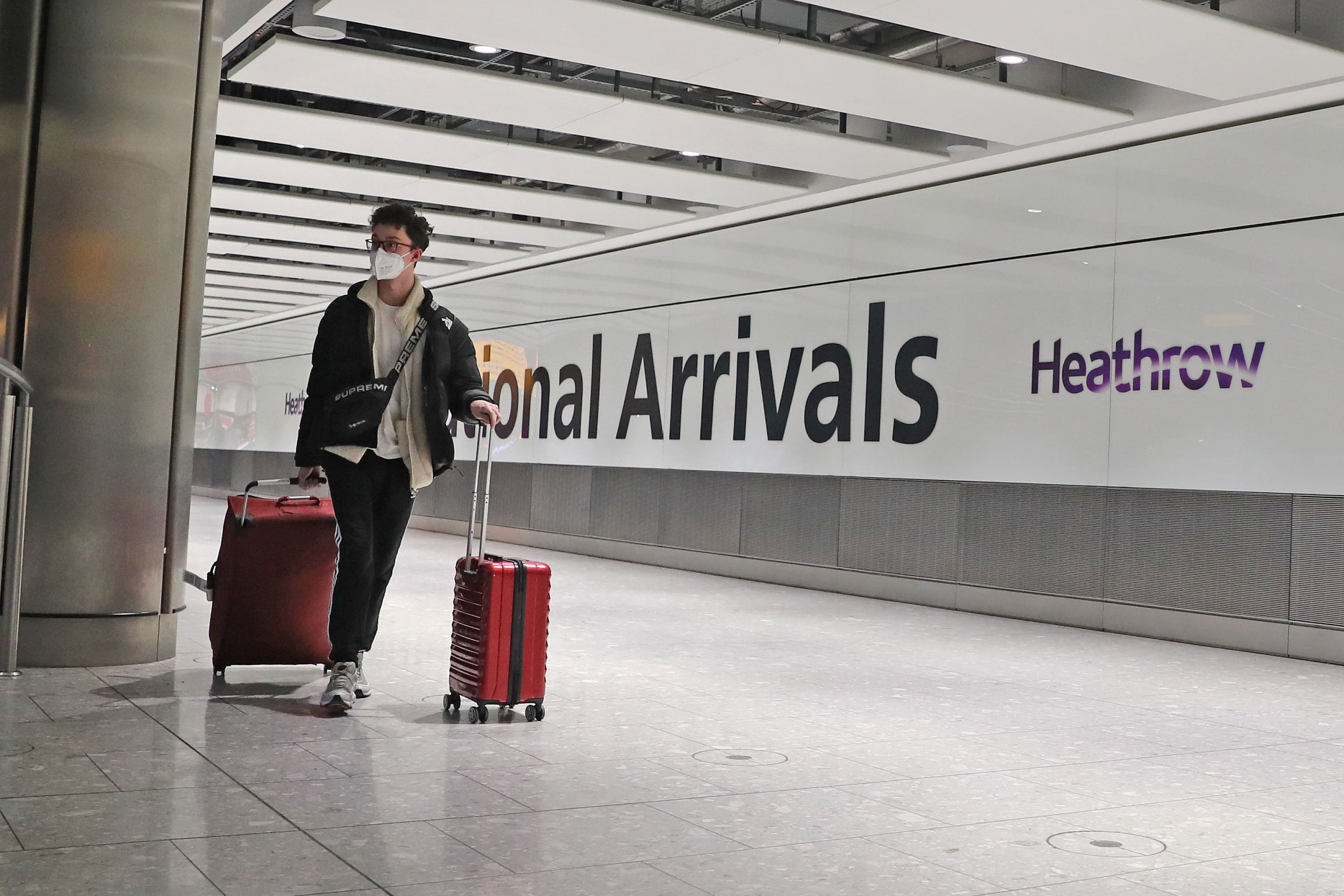 Scientists have said that simple handwashing techniques could drastically limit the spread of coronavirus.

Health chiefs are trying to stop the feared disease becoming a pandemic and fear it could kill tens of millions of people.

Now researcher have claimed that ‘traveller engagement with proper hand-hygiene at all airports has the potential to reduce the risk of a potential pandemic by 24-69%’.

What this means is that people jetting off around the world should wash their hands and also use sanitiser products.

If these ‘mitigation strategies’ are implemented in ten key locations the pandemic risk can drop by up to 37%, the authors added.

The study, “Hand-hygiene mitigation strategies against global disease spreading through the air transportation network,” suggests that if increased hand-washing practices were instituted in ten key aiports including London’s Heathrow there would be a significant impact on decreasing the spread of viruses.

These ten airports ‘are not just locations that see large volumes of passengers, they also connect travelers with destinations in all parts of the world’.

‘Airports, and airplanes, are highly infectious because they are close, confined areas with large, mobile populations,’ said Christos Nicolaides of the University of Cyprus and Massachusetts Institute of Technology (MIT).

‘Viruses are spread through bodily fluids, so keeping hands clean at major transport hubs is central to control spread.’

These public areas need to be cleaned regularly, whilst travellers should wash their hands, make sure they wear face masks and follow good coughing eqituwtte by only coughing into their elbow or tissues.

The researchers said that if hand cleanliness at all airports increased from 20% to 30%, the disease would have a global impact that is 24% smaller.

World’s oldest man, 112, says secret is to keep on smiling 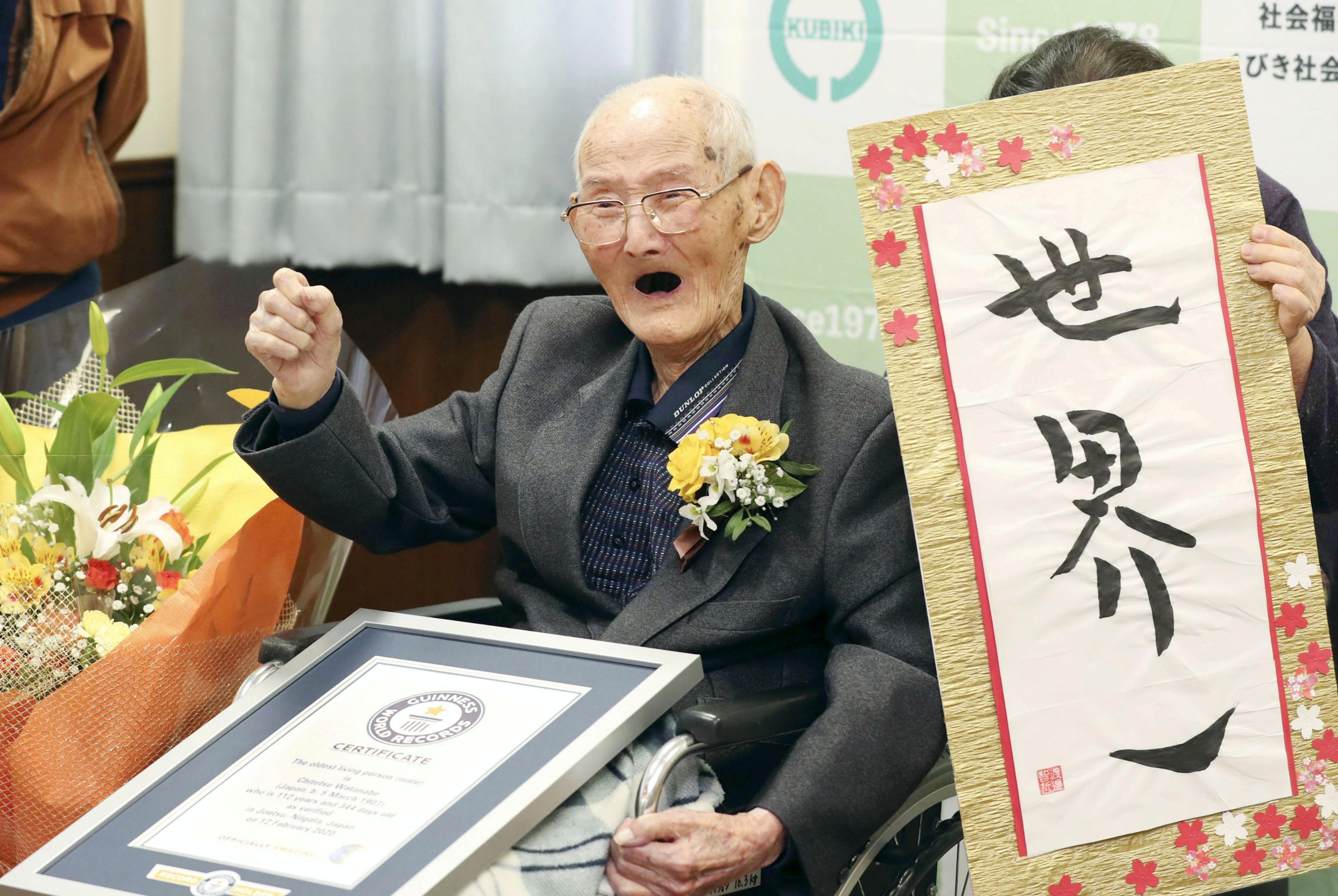 A Japanese man with a sweet tooth who believes in smiles has become the world’s oldest male at 112 years and 344 days old, according to Guinness World Records.

Chitetsu Watanabe, who was born in Niigata in northern Japan in 1907, received a certificate for his accomplishment on Wednesday at a nursing home in the city. The previous record holder, Masazo Nonaka, another Japanese, died last month. The oldest living person is also Japanese, Kane Tanaka, a 117-year-old woman.

Until about a decade ago, Watanabe used to do bonsai, the Japanese traditional art of raising small sculpted trees, and had his work exhibited. These days, he loves desserts such as custards and cream puffs, Guinness said.

Watanabe graduated from agricultural school and then moved to Taiwan to work at Dai-Nippon Meiji Sugar on sugar cane plantation contracts.

He lived in Taiwan for 18 years. He married Mitsue and they had five children, Guinness said in a statement.

After the end of World War II, Watanabe returned to Niigata and worked for the prefectural government until retirement. He also grew fruit and vegetables on the family farm.

Asked about the secret to longevity, Watanabe has this advice: Don’t get angry and keep smiling.