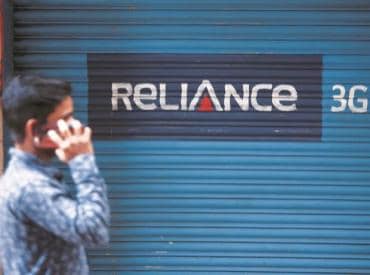 With a bid of Rs 25,000 crore, Mukesh Ambani’s Reliance Jio Infocomm and asset reconstruction company UVARC, are learnt to have emerged as the highest bidders for assets of Reliance Communications (RCom) and its subsidiaries, at a Committee of Creditors (CoC) meeting held on Monday.

According to sources, Jio, part of Reliance Industries Ltd, will pay about Rs 4,700 crore for tower and fiber assets of Reliance Infratel Ltd (RITL), while UVARC has offered to pay about Rs 16,000 crore for spectrum, real estate, and enterprise & data centre businesses of RCom and Reliance Telecom Ltd (RTL). The bidders are believed to have committed themselves to paying 30 per cent of the proceeds of Rs 7,500 crore within 90 days.

Emailed queries sent to Jio and UVARC were yet to be responded to at the time of publishing of this report.

The 38 lenders of RCom are to recover 75 per cent of the Rs 33,000-crore outstanding loans, in the highest-ever recovery of dues by financial creditors to the telecom sector, which has seen the exit or shutdown of nine of 12 operators since 2012.

In addition, lenders will claw back the priority payments of Rs 4,300 crore made to Chinese lenders (Rs 1,300 crore) and Indian ones (Rs 3,000 crore). They will start recovering the monetisation proceeds starting March 2020.

The members of the CoC will obtain their respective board approval for a final vote on January 31 to clear the resolution plans ahead of the National Comp any Law Tribunal (NCLT) filing due by February 3.

This round of recovery will also rank among the highest by way of the corporate insolvency resolution process approved by the NCLT across sectors, according to data published by the Insolvency and Bankruptcy Board of India (IBBI). Vodafone Idea AGR dues as estimated by the Department of Telecom stands at a cumulative Rs 53,038 crore, including Rs 24,729 crore of SUC dues and Rs 28,309 crore in licence fee

The NCDs were issued by erstwhile Vodafone Mobile Services.

The credit rating firm downgraded the rating by one level to IND BBB from IND A+ and placed it in “rating watch negative” indicating chance of further lowering of its ability to pay for the debt note.

“As per the rating rationale published on the website (of Ind-Ra), the downgrade is on account of crystallisation of adjusted gross revenue (AGR) related liabilities, post the dismissal of the review petition by the Supreme Court,” Vodafone Idea said in a stock exchange filing.

Vodafone Idea AGR dues as estimated by the Department of Telecom stands at a cumulative Rs 53,038 crore, including Rs 24,729 crore of SUC dues and Rs 28,309 crore in licence fee.

The company failed to pay dues on last date set by the Supreme Court requesting time from DoT to wait for outcome of its plea before the court.

The apex court has listed the matter for hearing next week in which Bharti Airtel and Vodafone Idea have requested modification in the original order dated 24 October 2019, to decide upon the payment schedule for AGR liabilities and any other relief measures with DoT.

“While telecom players may evaluate options to mitigate the impact of the adverse ruling, the event as such pose significant risk on VIL’s credit profile. Nonetheless, the ratings factor in the possibility of some relief and/or grant of relief package (including deferment of spectrum dues) by the government to improve the overall financial health of the telecom sector, which will remain a key monitorable,” Ind-Ra said in a its report.

The rating firm said that Vodafone Idea has classified Rs 10,200 crore from non-current borrowing to current maturity of long-term borrowing in the fourth quarter of 2019 for not meeting certain covenants in the financing documents.

“All relevant banks in this regard have not yet confirmed waiver of the covenants, resulting in a risk of acceleration of payment,” Ind-Ra said.

Armed with edible oil major Ruchi Soya, Ramdev’s Patanjali Group is now ready to take on the country’s largest fast moving consumer goods (FMCG) firm Hindustan Unilever (HUL). The Haridwar-based group has set a target of overtaking HUL (in sales) in the next two years, said Ramdev. After the acquisition of Indore-based edible oil maker, the group has only come closer to its co-founder’s dream.

According to Ramdev, in 2019-20 Patanjali’s revenue will surpass Rs 25,000 crore. While HUL is yet to declare its financial numbers for the December quarter, during the first six months (between April and September), its revenue stood at Rs 20,293 crore. In the past two years, top line growth of the group’s flagship entity Patanjali Ayurved has come down significantly – from 86 per cent in FY17 to 2.4 per cent in FY19. To achieve the target set by its management up to 2022, the group will have to grow at over 20 per cent compound annual growth rate or CAGR. While Ramdev has set an ambitious target of taking Patanjali Group’s revenue to over Rs 50,000 crore in five years, he is well aware of the challenges ahead. However, unlike earlier, when it had resorted to carpet bombing with dozens of new launches, Patanjali will now focus on organising its house.

Instead of going for a new venture, as soon as the last one is closed, Patanjali will optimise its production and sales with its existing capacity. It will try and expand market share in the categories it is already present in, he said. Patanjali’s desperate beat for Ruchi Soya is not without a rationale as it will play a key role in the group’s future. “A group of naysayers was told by MNCs to portray a negative picture that Patanjali will lose the bid (for Ruchi Soya). But we managed to acquire it anyway,” he said.

The plan is to unlock the firm’s potential. Owing to surging expenditures, Ruchi Soya failed to pay its creditors in recent years, while its top line dwindled – falling from a high of Rs 28,411 crore in 2014-15 to less than Rs 13,000 crore last year. Scaling its business back to the earlier level will further take the Patanjali Group closer to its target.

According to Ramdev, Ruchi Soya is likely to grow three times faster than Patanjali Ayurved. Moreover, to cut costs, Patanjali aims to bring down the share of imports in Ruchi’s portfolio by increasing local procurement. Failing to cut expenses has been a major dampener for Ruchi Soya’s earlier management. Between FY16 and FY18, its net loss grew fourfold to Rs 5,573 crore.

Fiscal deficit may widen to 3.8% for current financial year: Report The first full-year Budget of the current government, to be presented on February 1, will focus on reviving consumption demand through base-level income tax cuts, interest subvention for small and medium businesses and housing, Bank of America Securities said.

A correction in consumption demand is cited as a major reason for a dip in economic growth to a decadal low of 5 per cent.

As calls to revive the growth momentum increase, all eyes are set on Finance Minister Nirmala Sitharaman’s strategy on fiscal deficit, as tightening of the gap may not help in the aim.

“We continue to believe that expansionary counter-cyclical fiscal policy is the need of the hour. We expect the finance minister to target higher fiscal deficits of 3.8 per cent of GDP (up from 3.3 per cent budgeted) in FY20 and 3.5 per cent in FY21,” analysts at the American brokerage said.

It added that the sharp corporate tax cut announced last year will result in a recurring 0.8 per cent sacrifice for the next two years but added that the government has room as per the N K Singh committee report, and also pointed to the long-term fiscal deficit being at 4.5 per cent.

On the income tax front, there could be a cut at the lower-income group levels to push consumption, while small businesses may be offered a 2 per cent interest subvention on all their borrowings, it said.

The subvention is necessary to compensate the troubled segment from the 0.85 per cent increase in real lending rates since March, it said adding that the cost of the 2 per cent subvention will come at Rs 21,100 crore or 0.1 per cent of GDP.

There can also be an announcement of an interest subvention for homebuyers for the first year to rekindle the sagging realty demand, it said.