Riccardo Calafiori’s attempts to time-waste at the end of Roma’s Europa League tie with Ajax were met with fury by the Dutch side’s ball boy, who threw a ball at the Italian’s head.

With the Serie A side winning 2-1 in the closing moments of Thursday night’s quarter-final in Amsterdam, Roma defender Calafiori took his time to take a throw-in and kicked away several balls handed to him to wind down the clock.

The Ajax ball boy on his side of the pitch then threw a ball fiercely into Calafiori’s face which angered the 18-year-old defender, who appeared to shout at him, ‘Think better, disgusting!’ 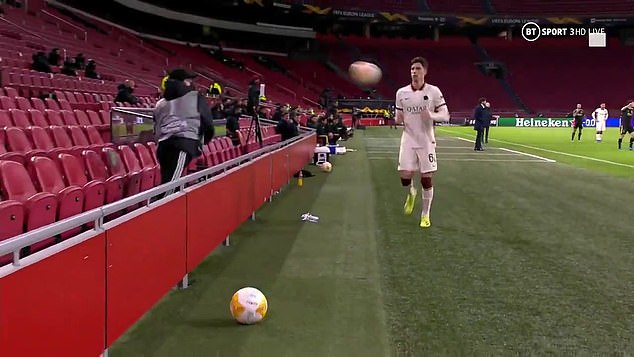 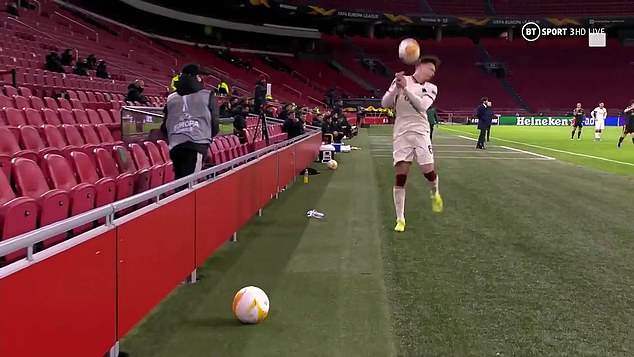 Calafiori, who was booked for his time-wasting antics by referee Sergey Karasev, admitted he sympathised with the ball boy for being angry in the closing moments of the game.

‘I thought many things at that moment,’ Calafiori told Sky Sport Italia. ‘Fortunately, I managed to stay calm.

‘I will say that seeing your opponent waste time in a situation like that would’ve irritated me too. I won’t say I respect him, but I do understand.’

Calafiori helped Roma to come back from behind against the Dutch giants, with Roger Ibanez’s late goal sealing a precious 2-1 first-leg victory to take back to the Italian capital. 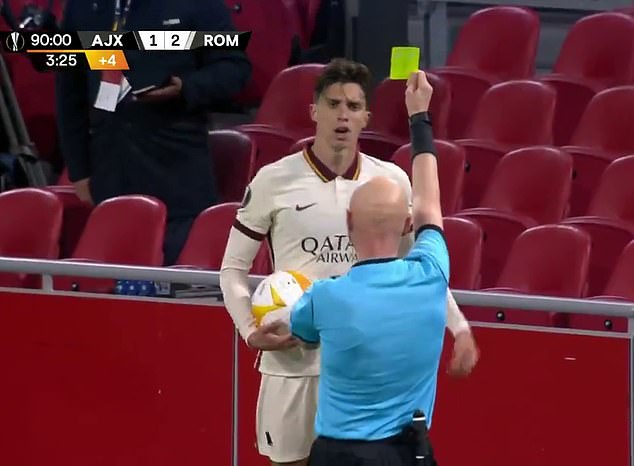 Former Everton midfielder Davy Klassen gave Ajax the lead just minutes before half-time after Ibanez’s poor pass out in defence led to a counter attack, with the Dutch midfielder tapping home after a one-two with Dusan Tadic.

Tadic had the chance to double Ajax’s lead after the break but had a tame penalty saved by Roma goalkeeper Pau Lopez and the visitors made the Dutch side pay just minutes later.

Lorenzo Pellegrini’s free-kick on 57 minutes appeared to be caught by Ajax goalkeeper Kjell Scherpen but the young Dutchman let the fierce effort spill through his hands and over the line in what was a crucial away goal for Roma.

Lopez then saved crucially from Ajax duo Brian Brobbey and Antony after Roma’s equaliser but Ibanez made up for his mistake by volleying in an effort three minutes f rom time to give Roma the first-leg win. 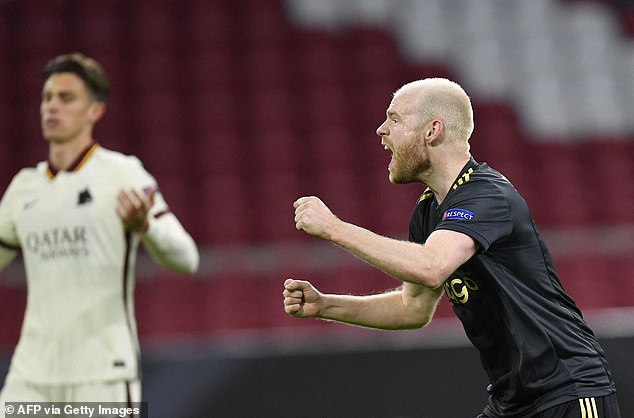 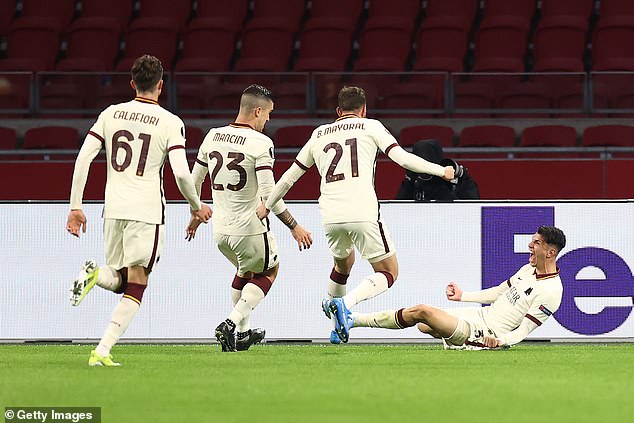 Speaking about the victory, Calafiori, who came on as a second-half substitute, added: ‘It wasn’t easy to come on in this situation, but my teammates helped and it went better in the second half.

‘Seeing the penalty saved gave us an extra boost, and we proved that we are a strong team. You could tell in the locker room that we wanted to win at all costs and we did it.

‘This is a united team and we want to go all the way in this competition.’

Matt Chapman Grand National tips: This 12-1 chance can take the big one plus my 1-2-3-4 for the feature at Aintree