Aston Villa defender Tyrone Mings has become the latest to be left baffled by the decision to allow Manchester City‘s opening goal in their 2-0 win over Villa to stand.

The losing side were left furious after City’s Rodri was not ruled offside when he stole the ball off Mings after clearly standing beyond Villa’s backline. The midfielder nipped in and set up Bernardo Silva’s strike in the 79th minute.

Centre half Mings took to Twitter after the match to voice his views on the controversial goal, branding the rule as ‘nonsense’ although he did admit he should have just cleared his lines. 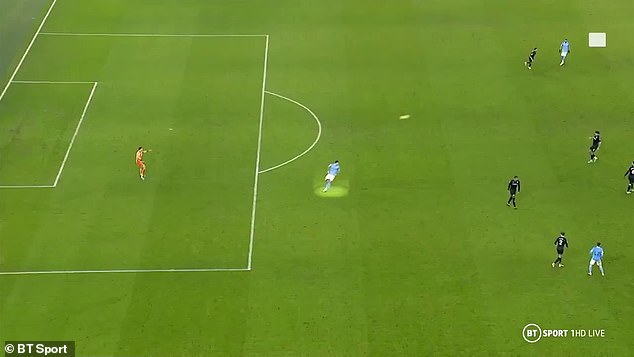 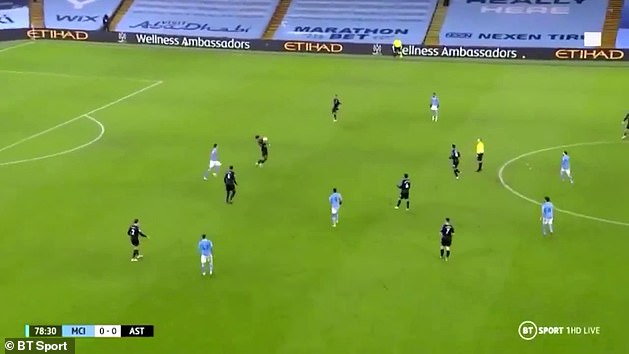 He said: ‘Never even heard of that rule, just let players stand offside, then run back & tackle you?

‘In hindsight I should’ve cleared it, 100 per cent, but didn’t even know that was the case. Nonsense.’

Villa manager Dean Smith was sent off after overstepping the mark with his protests against the decision to the referee.

Despite standing in an offside position when the ball was played forward, Mings’ attempt to deliberately play the ball meant the phase of play reset and Rodri was brought onside, according to the laws of the game.

‘It was a farcical decision,’ Smith said. ‘I’ve not seen a goal like that given. It needs to be looked at. I don’t think anyone in this stadium thought it was a goal.

‘I thought they would go over to the VAR screen. I saw the incident and saw it was kicking off, so I asked the fourth officials did they get juggling balls for Christmas.

‘I still don’t understand the rule. I don’t think anyone can tell me why it’s been given. He (Rodri) took advantage of an offside position. What is Tyrone meant to do? 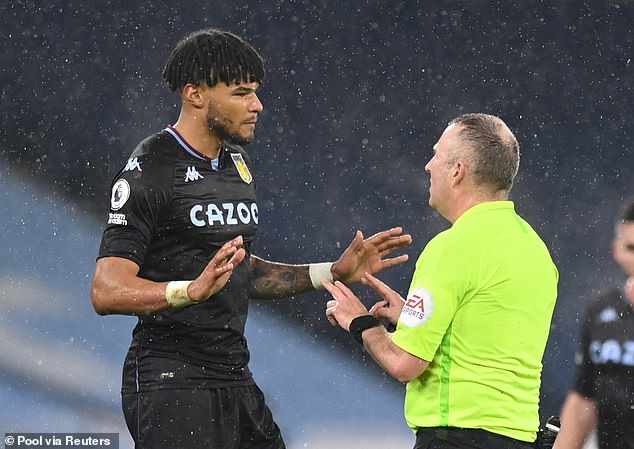 ‘Can you stand 10 yards offside now?’

City boss Pep Guardiola admitted his own confusion over the rule after the game.

When questioned whether he would have also been upset if the goal had been given against his team, Guardiola replied: ‘Yeah. There is VAR here no? So, I don’t know the rule or the situation but they analysed it.’

Former Manchester United defender Rio Ferdinand lambasted the decision to allow the home team’s first goal to stand but did concede Mings should have cleared the ball.

He told BT Sport: ‘I think it was a terrible decision. I think he’s offside. He’s affecting the game. 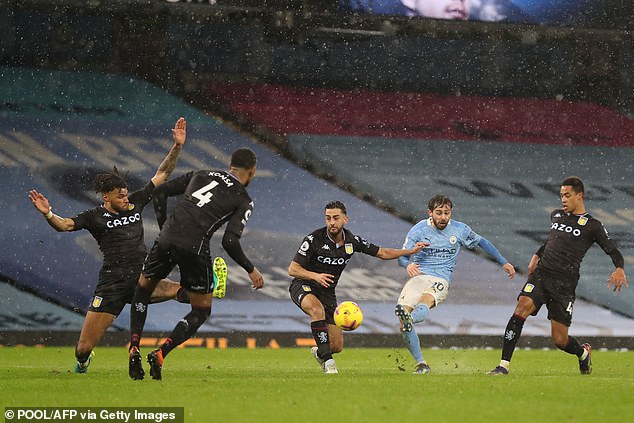 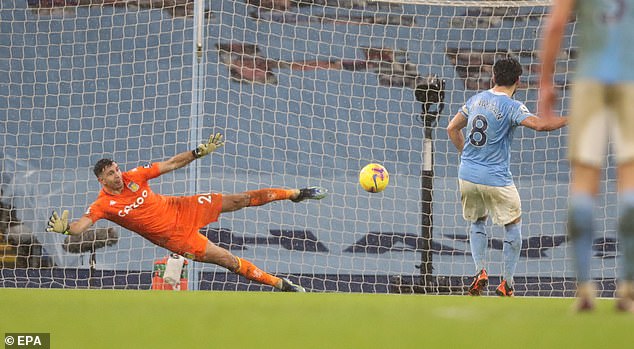 ‘I’m a centre half, you’ve got to clear this. He knows Rodri is there, he knows there’s a player coming back from an offside position. Take all the uncertainty out of this by just clearing your lines.

‘A football player should understand and have the awareness to know that there’s a player coming back from offside. I’d either bring it down and play it to a team-mate or I’ll get rid of it and reassess the situation. Any uncertainty, get rid.

‘You would have been taught that as a kid. I still think, first and foremost, it’s a terrible decision.’

While Robbie Savage believes Mings was at fault. ‘It’s a terrible decision from Mings,’ he said. ‘Poor chest control. They’ve defended ever so well all the game. As Rio says, head it clear.

‘Mings might think he’s offside but he’s not. Because it’s a deliberate act to play the ball, Rodri becomes active. He’s won the ball. It’s poor from Mings.’

City doubled their lead when Ilkay Gundogan converted a penalty in the 90th minute. The win saw them move top temporarily and now sit second, two points behind rivals United following their 2-1 victory over Fulham on Wednesday night.