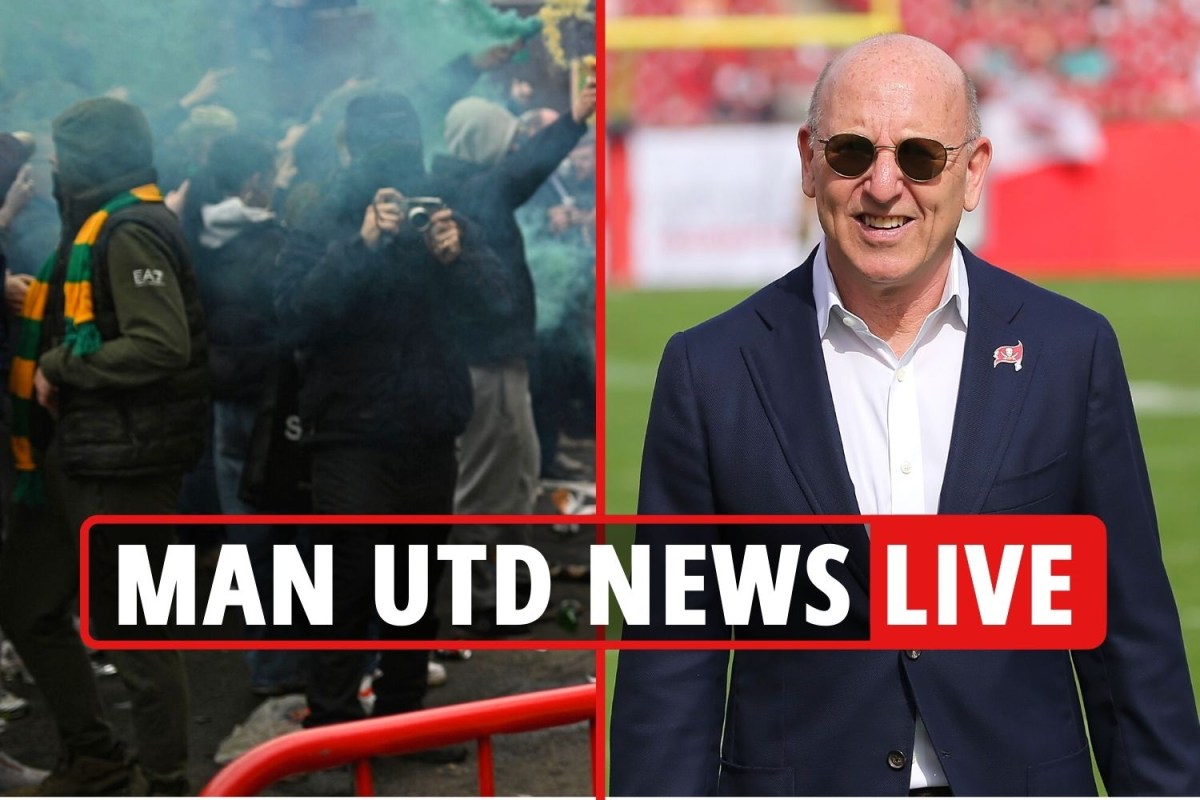 In the letter, the trust say: “No-one wants what happened at Old Trafford Sunday to be a regular event.

“We are football fans and we want to support our team. We don’t want to spend our days off work protesting outside our football ground.

“But what happened was the culmination of sixteen years in which your family’s ownership of the club has driven us into debt and decline, and we have felt ever more sidelined and ignored.

“After sixteen years not one member of the Glazer family has ever had so much as a conversation with us, the club’s Supporters Trust. Yesterday, that frustration reached boiling point.

“For the vast majority of the thousands of attendees at the protest they made their voice heard peacefully and respectfully. We support the right of fans to protest lawfully and, although we did not personally witness any such acts, of course we do not condone any acts of violence.”

United released a statement in response to Sunday’s protests and refuted the idea supporters were allowed into the stadium by club staff.

It read: “Following events yesterday, while many fans wanted to exercise their right to protest and express their opinion peacefully, some were intent on disrupting the team’s preparation and the game itself, as evidenced by activity at the Lowry Hotel and at the stadium.

“Reports in mainstream and social media that protesters were able to access the stadium and pitch via a gate opened by club staff are completely incorrect.

“After breaking through barriers and security on the forecourt, some protestors climbed the gates at the end of the Munich tunnel, then forced access to a side door in the stand, before opening an external door that let others through to the concourse area and the pitch.

“A second breach occurred when a protestor smashed the door of a disability access lift, enabling a group to enter the stand. The majority of our fans have and will condemn criminal damage, along with any violence towards club staff, police or other fans, and these now become a police matter.

“The club has no desire to see peaceful protestors punished, but will work with the police to identify those involved in criminal activity, and will also issue its own sanctions to any season ticket holder or member identified, per the published sanctions policy.”

The most likely course of action will be that Liverpool’s trip to West Brom, scheduled for May 16, will now be brought forward by four days to May 12, when United are due to be playing Leicester.

That will allow the rescheduled clash of the north-west giants to be played at Old Trafford on Sunday, May 16.

Elsewhere, the Premier League and FA have vowed to crush the Super League plotters if they attempt another breakaway.

In a move to reassure fans the threat has been killed off for good, the FA launched an inquiry by demanding full and frank answers from Arsenal, Chelsea, Liverpool, Spurs and the two Manchester giants.

And the Premier League promised it will change its rulebook to dismiss any possibility of the rebels coming back for a second attempt.

A Prem statement read: “The Premier League has prepared a series of measures to enshrine the core principles of the professional game an open pyramid, progression through sporting merit and the highest standards of sporting integrity.

“These measures are designed to stop the threat of breakaway leagues in future.”

The Big Six are facing disrepute charges for their parts in the attempted coup. FA top brass are understood to feel heavy fines are more likely, rather than punishments that would hit the fans such as points deductions.