James Anderson wasted no time making a belated impact on the Sri Lanka series, taking two early wickets for England on the first morning of the second Test in Galle.

The most prolific seamer of all time was left out of England’s victory in the previous match but took over from Stuart Broad to lead the attack and quickly got into the contest.

Anderson gave the tourists cause to query their decision to bat first when he struck twice in his third over of the morning, though Lahiru Thirimanne and Angelo Mathews fought back to reach 76 for two at lunch. 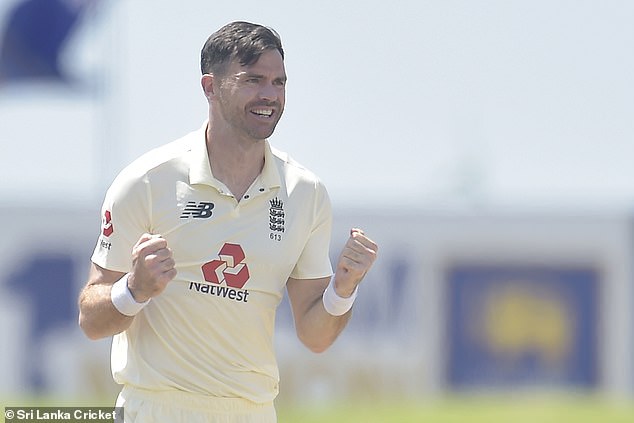 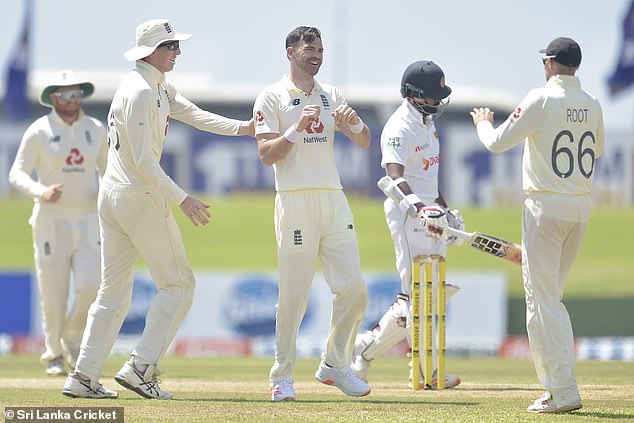 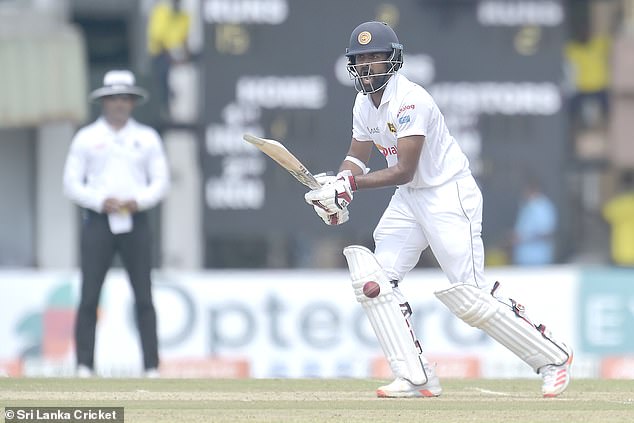 Anderson shared new ball duties with Sam Curran and the left-armer came desperately close to a breakthrough with his second delivery, swinging away out of the hand and rapping Kusal Perera on the knee-roll.

The lbw appeal was waved away on the field and, although DRS showed leg being taken, it was not quite enough to overturn the decision.

Perera did not leave England waiting long for another chance, hacking irresponsibly at Anderson as he probed from round the wicket and sending a thick edge sailing into the outstretched arms of Joe Root at slip. 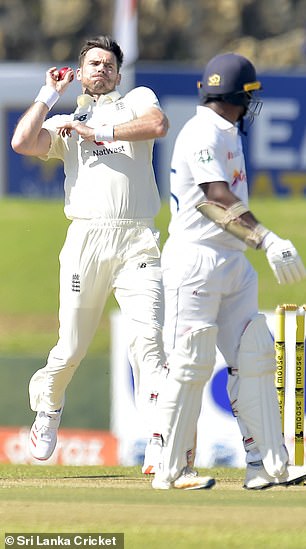 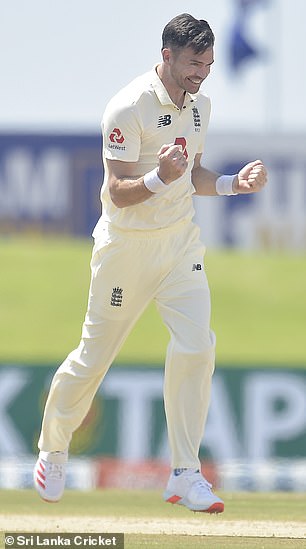 There was a change at number three, Oshada Fernando recalled following Kusal Mendis’ run of four ducks in five innings, but the result was painfully familiar. The new man lasted just four balls before steering a rising delivery from Anderson back into his stumps for yet another nought.

At seven for two, Sri Lanka must have feared a repeat of last week’s 135 all out debacle but, in Thirimanne and Mathews, they found two men ready to lead the fight.

Both impressed in the second innings of the first Test – scoring 111 and 71 respectively – and were soon back in the groove.

With the pitch looking flat and no major sideways movement Thirimanne eased to 43 not out, with five boundaries and one painful Mark Wood blow to the glove along the way. Mathews was typically secure, making 26no as 12 overs of spin from Jack Leach and Dom Bess yielded nothing of note. 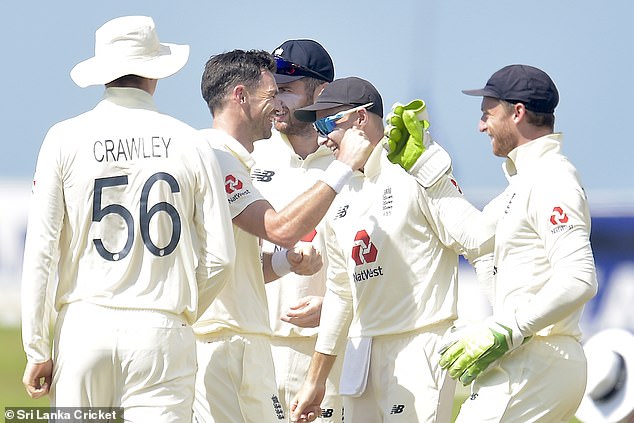