Diogo Jota believes he can add a new attacking dimension to Liverpool‘s front three and turn them into a dynamic front four in a bid to reignite their stuttering form.

Since returning from a knee injury in March that kept him out for four months, Jota has helped the Reds return to winning ways, scoring three goals and setting up another in his last three outings.

The Portuguese winger was only on for 30 minutes against Arsenal but managed a brace against the Gunners in a system that saw him line up alongside Mohamed Salah, Roberto Firmino and Sadio Mane on the pitch. 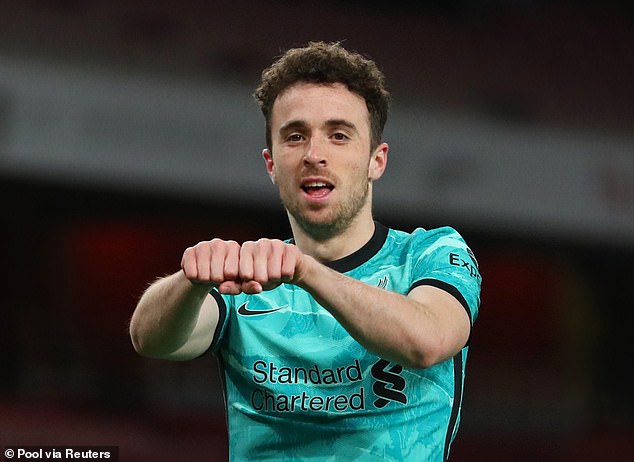 It was a welcome sight for Liverpool fans, which could see Jurgen Klopp field all four men against Real Madrid in the Champions League on Tuesday evening.

And while he looks to have disrupted the status quo at Anfield, Jota is just hopeful to help the team when called upon.

When asked about no longer being a back up to Salah, Firmino and Mane, Jota told  BT Sport: ‘I know what you mean about the front three, obviously the world was talking about them because of the achievements of the team in general, so they can shine because they’re an attacking trio.

‘But then it’s up to the manager to decide who will play, or the system we will use. 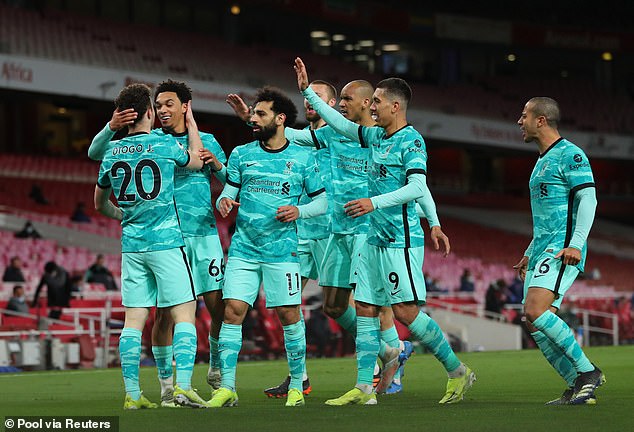 ‘Talking about the last game [against Arsenal] for example, we changed the system and all four of us played so things can happen and we can play different systems so the manager decides what is best for the team and we as individuals need to do our best on the pitch.’

Jota also revealed how he’s been told by Klopp to have more of a presence in the box – a tactic that is clearly paying dividends as of late.

‘Yeah that’s what he [Klopp] asked me to do, to have some more presence in the box,’ Jota added. ‘Fortunately for me I could score always straight away from a great cross [against Arsenal].

‘We all know each other, I don’t know them for as long a time as they do, but I do my best to try and get to know them the best way possible so we can take advantage of that in the games. 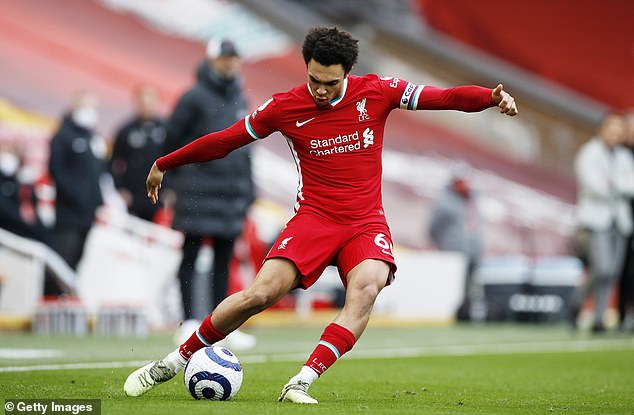 Jota also lauded his telepathic understanding with Trent Alexander-Arnold, who set him up for his first against Arsenal with a sublime cross just three minutes after Jota came on.

‘[The goal against Arsenal] wasn’t his first assist [for me], me being a forward I always want to take advantage of the others abilities to pass and cross,’ Jota explained.

‘Trent’s passing and crossing is unreal so we need to take advantage of our special characteristics I would say and Trent’s crossing is one of them.’