Europa League last-16 draw: When is it? How does it work? Fixtures, key dates and how to watch

Manchester City‘s FA Cup tie against Cheltenham was incredibly brought to a halt for six minutes due to fireworks being let off outside the League Two side’s stadium.

The Premier League side had struggled to break down the hosts at Whaddon Road in the opening 40 minutes of the fourth-round tie.

But in the 41st minute referee Stuart Attwell had to stop the game due to safety concerns for everyone on the field as fireworks continued to take place outside the ground. 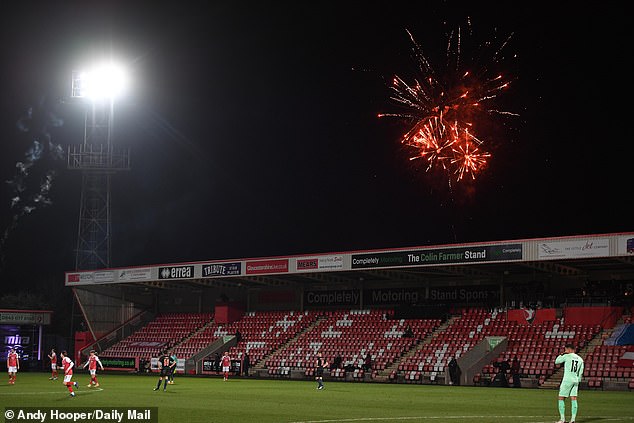 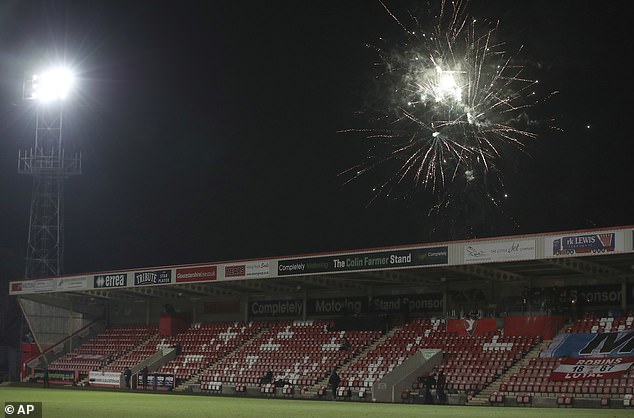 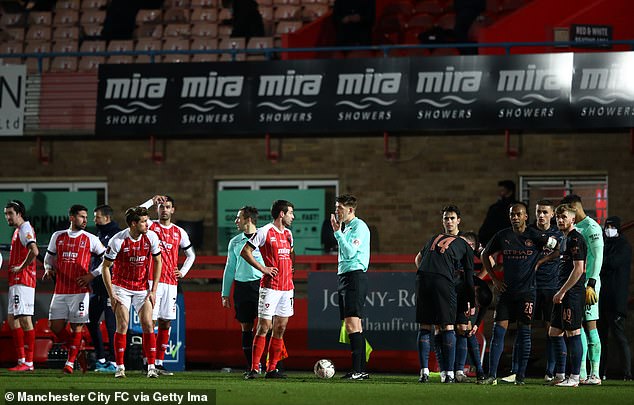 Attwell made contact with the local police as both sides were taken to the sidelines and given the chance to take on some water while discussing the situation with the officials.

The police were seen walking away pitchside but soon enough the colourful display had stopped and play was allowed to restart.

Six minutes were added on at the end of the first half, but Pep Guardiola’s men continued to huff and puff and therefore went in level at the break.

It is not the first time that fireworks have been let off in this season’s FA Cup, after they also stopped play in Stockport’s third-round tie against West Ham. 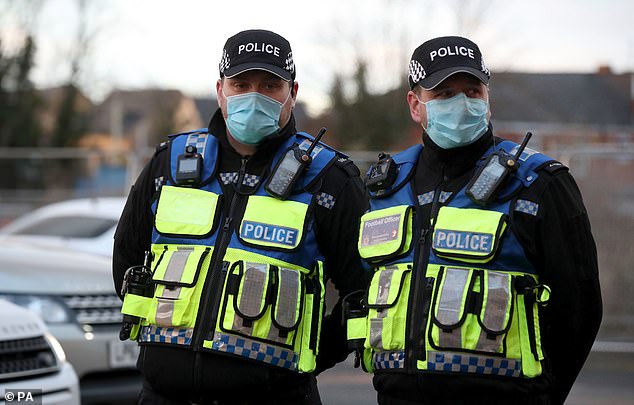 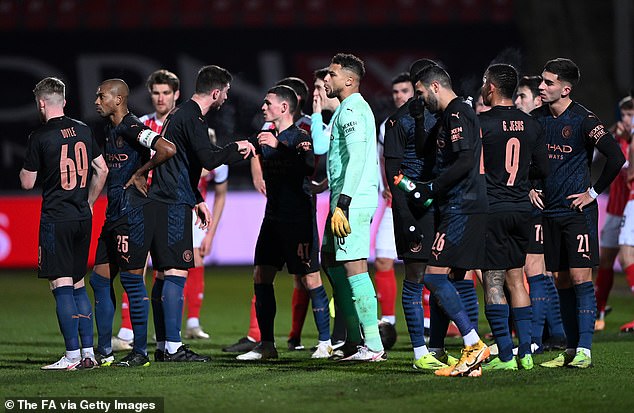 Social media users took to Twitter and claimed it was perhaps one of the highlights of the half.

One user said: ‘The fireworks going off has been the most entertaining thing in the entire game so far.’

Another posted: ‘Cheltenham Town playing a blinder here. Really impressive so far…and the fireworks weren’t too shabby either!’

Others jokingly called for the display to be made a yearly event, with one stating: ‘Have to say the Cheltenham firework display this year was outstanding. I’ll be back again next year for sure.’ 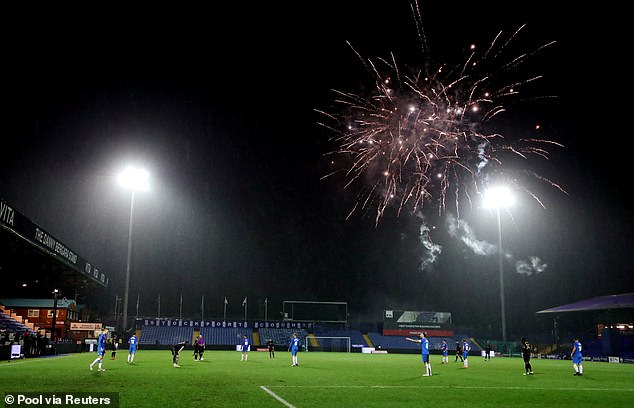 Some fans were left less amused, with one tweeting: ‘Cheltenham could have bought a new player for the price of those fireworks.’

City fans were equally disgruntled, as one wrote: ‘Did fireworks go off because Cheltenham Town made it to half time? What are City doing?’

City are having to use Cheltenham’s club bar as a changing room amid the restrictions caused by the coronavirus pandemic.

Before the game, Guardiola said: ‘We play in these stadiums all our careers, we don’t play in big stadiums all the time, we came from Cheltenham. People cannot forget that and it is a pleasure to play there.

‘We were lucky to have success in our profession and go up the divisions but we were there many times and we changed in bars as boys and we play football with incredible joy.

‘We love this game and we change in these changing rooms for most of our careers most of the time.’

Have to say the Cheltenham firework display this year was outstanding. I’ll be back again next year for sure.

Did fireworks go off because Cheltenham town made it to half time? What are city doing 😭😂