It’s nearly seven years since Sam Robson played the most recent of his seven Tests for England, but the early evidence of the new summer suggests the dream has not yet died.

Robson, who turns 32 in July, became the first centurion of the 2021 season when he clipped Somerset’s Lewis Gregory through midwicket for three, bringing up his 24th first-class hundred – and perhaps even reminding the selectors that there may be more to life than Dom Sibley, Rory Burns and Zak Crawley.

In the process of an innings which began with a neat off-drive for four off Craig Overton’s first ball of the game, Robson also passed 10,000 first-class runs. They have been made at an average of 37, which is not to be sniffed at.

It’s possible his England days have come and gone, but some of his driving remains of the highest class, and the Test top order still has too many off-days for comfort. It will be fascinating to see if Robson can build on this start in the weeks ahead.

So fluent was he on the season’s opening day that his century came up out of a Middlesex score of 150 for three, and in just the 44th over. By tea, he had 126 in a total of 208 for four. For the handful of observers allowed in to Lord’s, it was almost enough to distract from the cold.

There were moments of luck, as most opening batsmen require in early April. Robson was dropped on 23 at first slip off Josh Davey, then on 47 at second off Gregory. 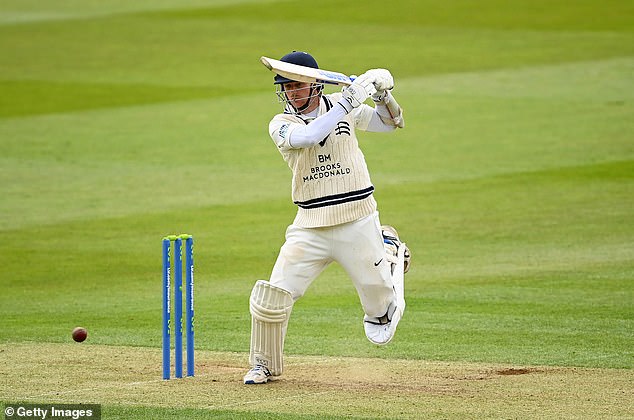 Robson has now passed 10,000 first-class runs and his driving remains of the highest class

But his front-foot play was immaculate, bringing to mind the form that earned him his brief Test career as one of Alastair Cook’s many opening partners, and produced a century against Sri Lanka.

Earlier, Somerset’s first wicket of the new season had been claimed by Overton, who conceded 13 off his first over, then got rid of Max Holden in his second, caught via bat and pad at short square leg for four.

Nick Gubbins fell leg-before to Davey for 21, while Middlesex captain Stevie Eskinazi went the same way to Gregory for 22. 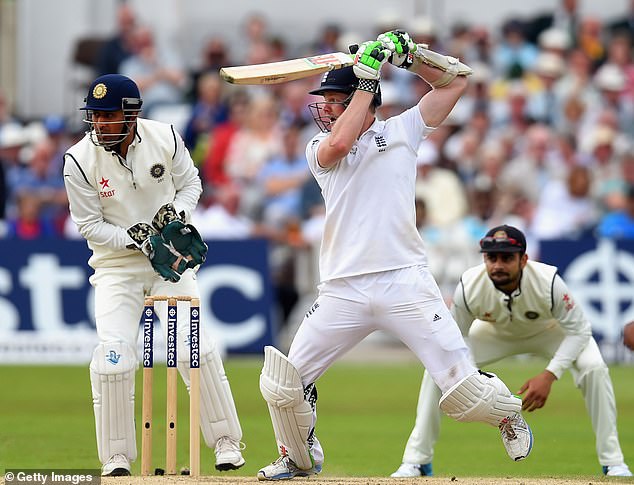 After a good winter in Asia with England, Jack Leach then had Robbie White taken at slip for 17.

But Robson was scoring freely enough at the other end to paper over the cracks.

After a Covid-shortened summer in 2020 brought the club a lone first-class hundred – Gubbins’s 192 against Surrey – Robson has equalled the tally at the earliest opportunity.