Lake Windermere could become 'ecologically dead' due to amount of sewage pumped in, study warns
Advertisement

Picture perfect and cheaper than an iPhone

WhatsApp will be blocked on MILLIONS of phones forever next week

Start-up develops a $92,000 flying vehicle dubbed Jetson One that 'anyone can own and fly'

Lake Windermere in Cumbria could become ‘ecologically dead’ within the next few years due to the amount of sewage pumped into the water, a campaigner has warned.

Matt Staniek, a conservationist, wildlife advocate, and regular visitor to the lake, launched an online petition calling for an end to sewage dumping in the water.

He has called on the government to designate Windermere, the River Rothay and the Brathay as sites of bathing, which would force the environment agency to regularly monitor water quality and ensure it is clean, and safe for swimming.

Water UK, water industry trade body, has also called for the creation of clean bathing status areas, as the River Wharfe in Ilkley is currently the only one with that status.

‘I was disgusted to find out raw sewage was allowed to flow into Lake Windermere for 1,719 hours in 2020, as part of the overflow system at Ambleside Waste Management Plant,’ Mr Staniek said in his petition.

Algal blooms have been spotted on the surface, a sign of declining water quality, and campaigners have found evidence of dead fish and invertebrates in the water. 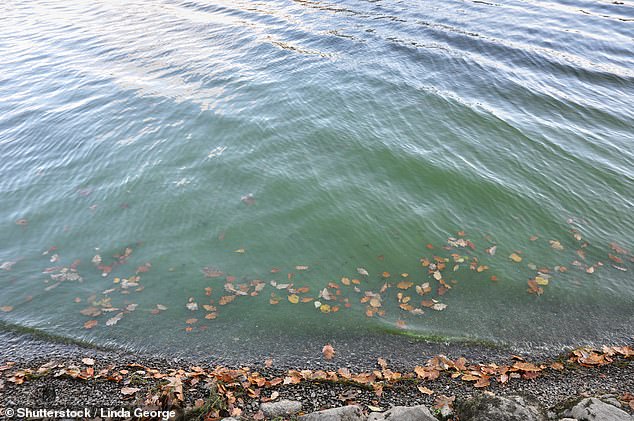 Lake Windermere in Cumbria could become ‘ecologically dead’ within the next few years due to the amount of sewage pumped into the water, campaigners warned. Stock image 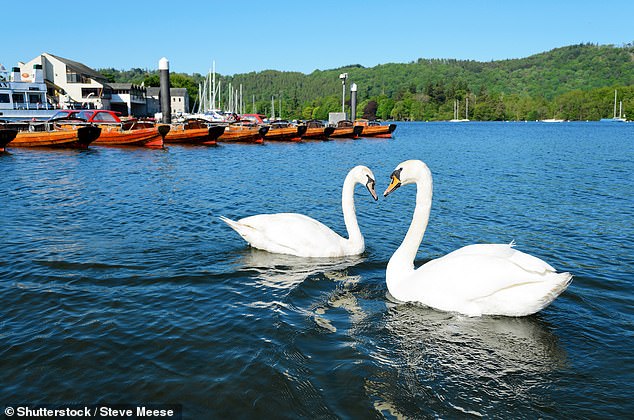 Matt Staniek, a conservationist, wildlife advocate, and regular visitor to the lake, launched an online petition calling for an end to sewage dumping in the water. Stock image

Accountability – Use data to look at all sources of harm in rivers, challenging each sector to put in place concrete steps to tackle all barriers to river health

Next-generation monitoring – Work towards a national monitoring platform to collate and make available data on ecology, chemistry, and public-health from all rivers

Support people – Government, manufacturers, and retailers to work together to transform the public’s understanding of the water environment, campaigning to help consumers play their part too, especially on wet wipes and unflushables

Mr Staniek says he has seen a ‘dire reduction of fresh water vegetation, a significant impact on variety of fish species, and an absence of White Clawed Crayfish.’

‘This sort of pollution has a disastrous impact on wildlife. Wildlife that utilise waterways. Wildlife that if absent, can lead to the eventual death of a river,’ he said.

He says the campaign to designate Windermere a ‘clean bathing spot,’ is achievable goal and ‘will be the first step in the right direction to completely stopping water pollution in a UNESCO World Heritage Site.’

I also believe, that it raises awareness to the national scandal that is our rivers. Suffice to say, we have some of the worst rivers in Europe, if not the world.’

The Lake District National Park Authority said it is working with partners to develop local actions to address the water quality problem, including septic tanks.

Increased tourism, a lack of infrastructure and a high number of private septic tanks are among the problems facing the lake in terms of pollution.

In particularly wet weather, waste is spilled into the water from holiday homes and caravan sites in the surrounding area, as well as from sewage and water pipes.

United Utilities, which runs wastewater treatment in the area, says it invested £40 to improve facilities, allowing them to treat ‘much greater volumes of sewage to a much higher standard’ which reduced the frequency of spills into the lake.

The Environment Agency told the Guardian that regulations are enforced robustly and water companies know they have a duty to avoid pollution and must act quickly to address failures and reduce damage if it occurs.

It isn’t just Mr Staniek calling for tougher regulations. Other groups have said there needs to be tighter controls over water companies pumping sewage into lakes.

In July Southern Water was fined £90 million after pleading guilty to 6,971 sewage discharges, pumping it into river and coastal waters in Kent, Hampshire and Sussex.

Christine McGourty, chief executive of Water UK, said rivers have been in a state of crisis for most of the last 100 years.’

‘And despite progress in recent years, there is still a lot more to do to address the challenges,’ she added.

‘Water companies are passionate about their own role as stewards of the natural environment and are committed to playing their part,’ she said.

It is legal for water companies to ‘overflow’ sewage into public waters, on rare occasions, in a bid to avoid it flowing out into homes and on to streets. 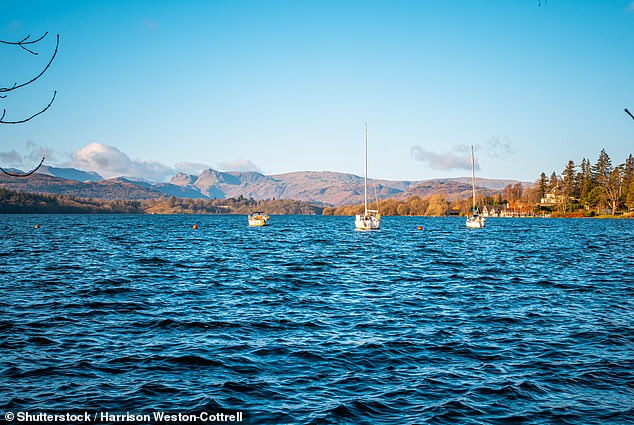 He has called on the government to designate Windermere, the River Rothay and the Brathay as sites of bathing, which would force the environment agency to regularly monitor water quality and ensure it is clean, and safe for swimming. Stock image

This is a measure in law only allowed for in exceptional circumstances, which is why Southern Water were fined earlier this year – for repeated overflows since 2015.

There is a new amendment to the Environment Bill, recently passed by the House of Lords, that puts a new duty on water companies to ‘take all reasonable steps’ to ensure untreated swage isn’t discharged from overflows into rivers and waterways.

The Rivers Trust welcomed the amendment, saying that changes won’t happen overnight, but presents a clear and explicit ambition to improve.