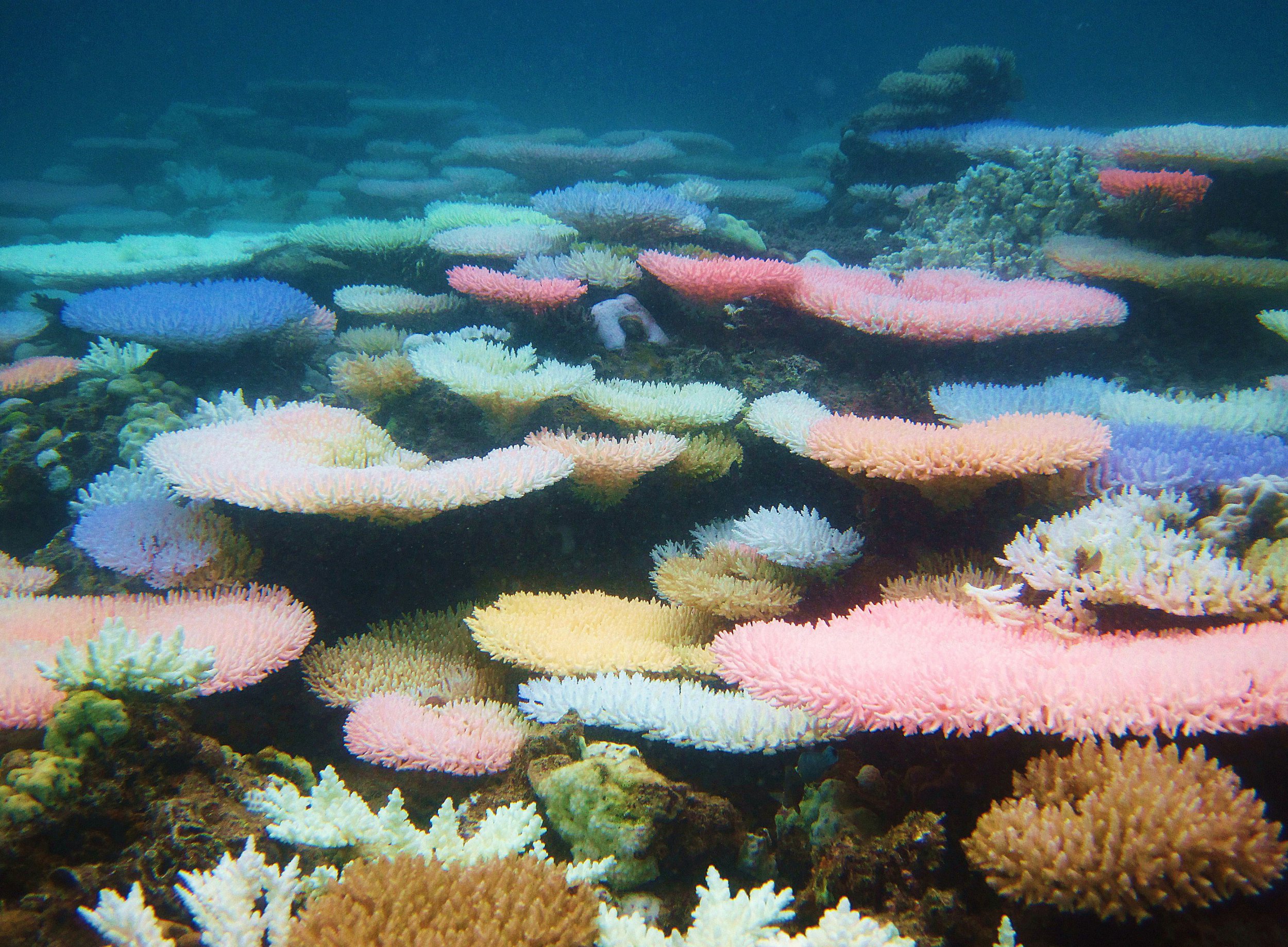 Some corals emit a ‘sunscreen’ in the form of a dazzling colourful display to protect them from rising sea temperatures, according to new research.

Scientists at the University of Southampton believe that the corals emit the bright neon colours in a fight for survival.

The team from the university’s coral reef laboratory explained in a report published in the journal Current Biology that many coral animals live in a fragile symbiosis with algae embedded in their cells.

A rise in water temperature of just 1C can cause this relationship to break down causing the algae to be lost leaving the coral’s limestone skeleton exposed through its transparent tissue leading to the fatal condition of coral bleaching.

But the study found that in mild or brief warming incidents, some coral produced a type of sunscreen which takes the form of the colourful display which encourages the algae to return in an ‘optical feedback loop’.

‘In healthy corals, much of the sunlight is taken up by the photosynthetic pigments of the algal symbionts.

‘When corals lose their symbionts, the excess light travels back and forth inside the animal tissue, reflected by the white coral skeleton.

‘This increased internal light level is very stressful for the symbionts and may delay or even prevent their return after conditions return to normal.

‘However, if the coral cells can still carry out at least some of their normal functions, despite the environmental stress that caused bleaching, the increased internal light levels will boost the production of colourful, photoprotective pigments.

‘The resulting sunscreen layer will subsequently promote the return of the symbionts.’

‘As the recovering algal population starts taking up the light for their photosynthesis again, the light levels inside the coral will drop and the coral cells will lower the production of the colourful pigments to their normal level.’

Dr Cecilia D’Angelo, lecturer of molecular coral biology at Southampton, added: ‘Bleaching is not always a death sentence for corals, the coral animal can still be alive.’

‘If the stress event is mild enough, corals can re-establish the symbiosis with their algal partner.

Couple scoop £10,000 a month on the lottery but can’t celebrate yet 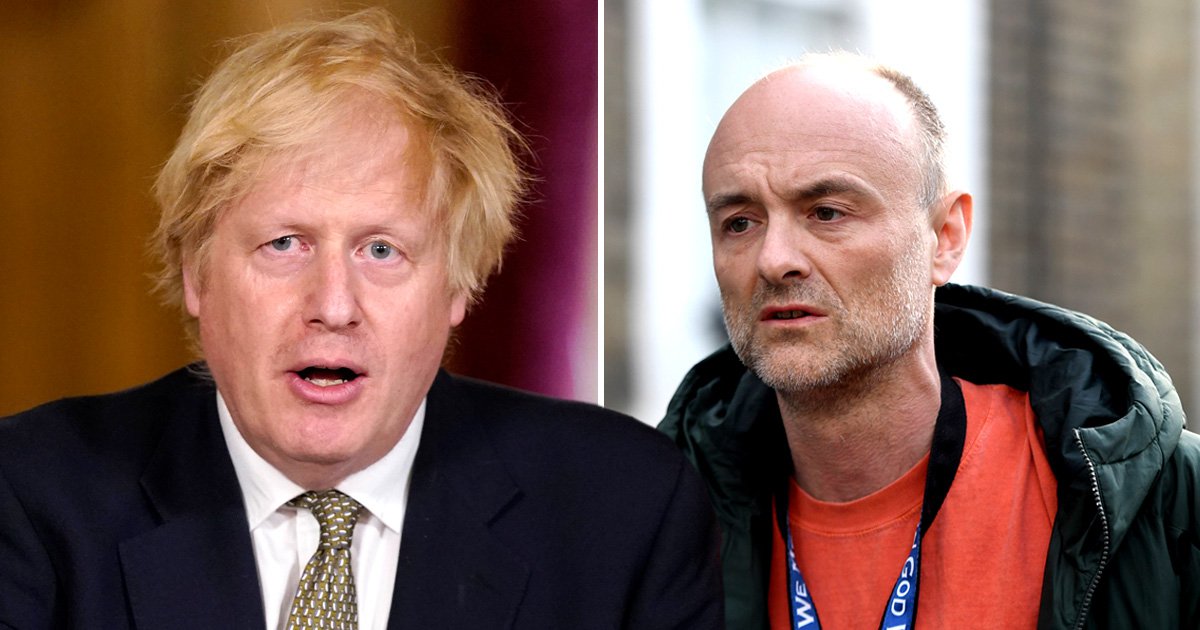 Boris Johnson is facing his biggest rebellion yet after he doubled downed on his support for Dominic Cummings during Sunday’s press conference.

The Prime Minister said the senior aide had acted ‘responsibly, legally and with integrity’ by travelling more than 250 miles to Durham with his wife and son while experiencing coronavirus symptoms. Despite lockdown restrictions in place, he said Mr Cummings had ‘followed the instincts of every parent’ and would not be ‘marked down’ as a result.

He did not answer claims that Mr Cummings had then taken a 30-mile trip to Barnard Castle for a walk with his family on April 12, as witness Robin Lees claims. The retired teacher noted down a ‘distinctive’ number plate, which Sky News has since confirmed is the registration of a car Mr Cummings has got into in the past.

Johnson’s words sparked fury among MPs and the public alike. Already before the conference, 11 Tory MPs had broken ranks and called for Mr Cummings to be sacked, but levels of anger have now reportedly reached Cabinet ministers, some of whom had been asked to show support for the adviser.

Ministers have now warned the PM he could be ‘bleeding credibility’ by choosing to back Mr Cummings despite the clear public outrage pointing in the other direction. Another said of Johnson’s leadership: ‘You can lose popularity, you cannot lose trust’.

A senior minister described Johnson’s defence of Mr Cummings as ‘breathtaking’, telling the MailOnline: ‘The fact that he is still there just shows how dysfunctional No 10 is.

‘I am being bombarded with emails from constituents who are angry that while they have been making these incredible sacrifices and not seeing family, he’s just done whatever he wants.’

After the press conference, Senior Tory MP Simon Hoare, who had earlier called for Mr Cummings to go, said any ‘residual hope that this might die in the next 24 hours’ had been lost. MP David Warburton also said he was ‘unconvinced’ by the PM’s defensive statement, adding that everyone had been ‘tasked with tempering our parental instincts by strictly adhering to government guidance’.

Blackpool North MP Paul Maynard described the situation as a ‘classic case of “do as I say, not as I do”‘, stating that he found it to be ‘utterly indefensible’.

The PM was also blasted by government scientific advisor Professor Stephen Reicher, who said that in a ‘few short minutes’, Johnson had ‘trashed all the advice we have given on how to build trust and secure adherence to the measures necessary to control COVID-19’.

Mr Cummings first started displaying coronavirus symptoms over the weekend of March 28 to 29, and is believed to have travelled to Durham days later, despite Downing Street saying he was isolating in London on March 30.

On March 31, Durham Constabulary were ‘made aware of reports that an individual had travelled from London to Durham and was present at an address in the city’. Officers then spoke to the owners of the address and deemed no further action was required.

Witness Mr Lees then said he saw Mr Cummings at Barnard Castle, 30 miles away from his parents home, on April 12. Downing Street denies the reports. The senior aide then returned to London on April 14, but another bystander said they saw him looking at bluebells in the woods near Houghall, in County Durham, on April 19.

Last night Labour leader Sir Keir Starmer said the scandal was a test of the PM ‘and he has failed it’. He described the lack of action against Mr Cummings as an ‘insult to sacrifices made by the British people’.

Demanding the Cabinet launch an inquiry, he continued: ‘The public will be forgiven for thinking there is one rule for the Prime Minister’s closest adviser and another for the British people. The Prime Minister’s actions have undermined confidence in his own public health message at this crucial time.’

Acting Lib Dem leader Sir Ed Davey also told Sky News that by ‘failing to act’ Johnson had ‘undermined his own authority’ in leading the UK through the pandemic.

He went on: ‘I am going to call on Conservative MPs to show some leadership if the Prime Minister won’t. Tell the Prime Minister he’s got to get rid of Dominic Cummings so we can focus on the real issue, tackling coronavirus. Helping people in care homes, getting PPE, sorting out testing. 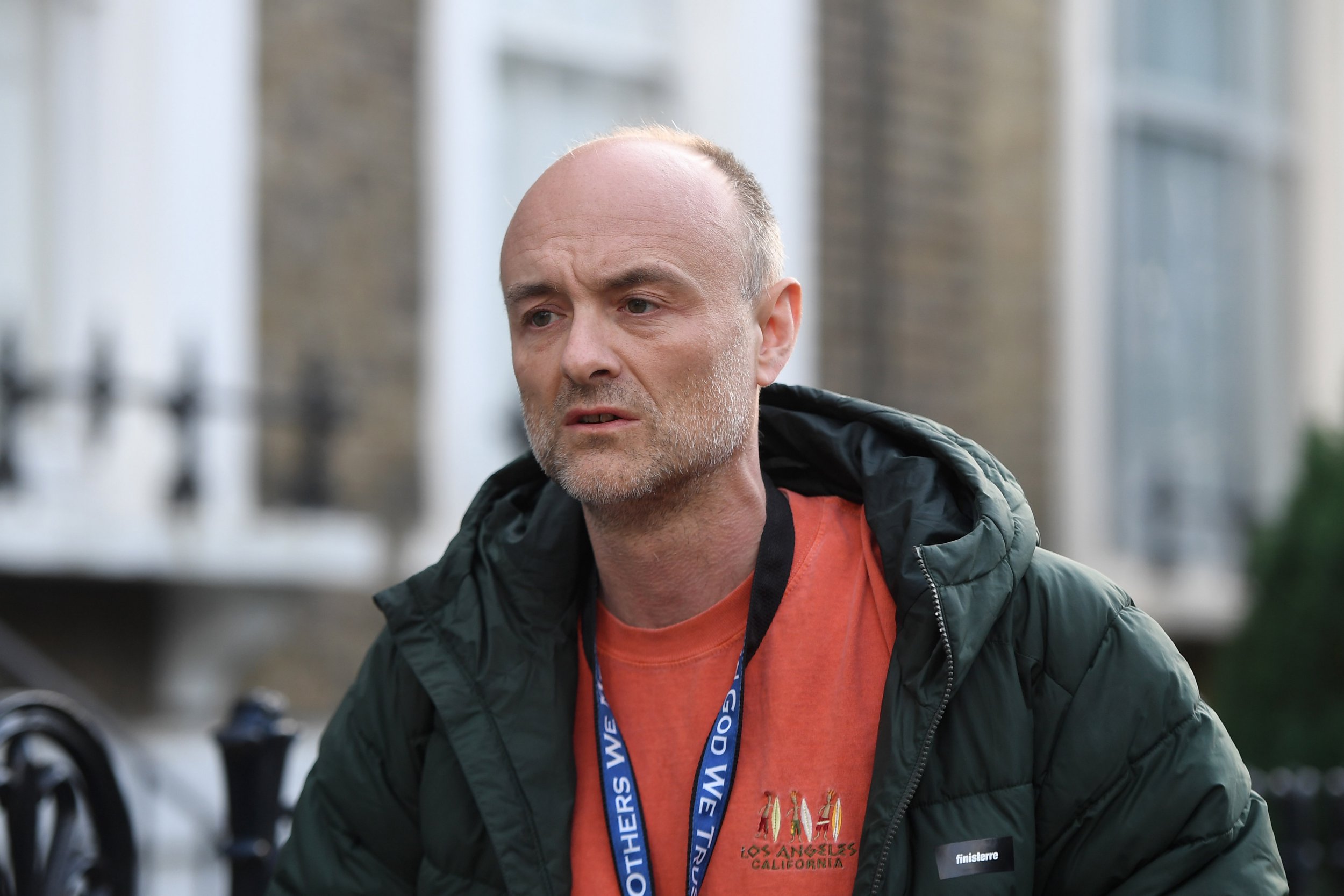 The UK’s official coronavirus death toll across all settings has risen to 36,793.

He said he believed Dominic Cummings did the right thing by travelling 260 miles to his parents’ home in Durham with his wife, who was suffering from coronavirus symptoms, and their four-year-old son.

The PM said his aide had ‘acted responsibly, legally and with integrity’ and that ‘any parent would frankly understand what he did’.

Tory backbenchers have since torn into Mr Johnson over his handling of the row, while scientists claimed that the defence of Mr Cummings’ interpretation of the lockdown rules undermined efforts to curb the spread of coronavirus.

The body of a four-year-old girl has been found inside a Brisbane home.

Police established a crime scene in Cannon Hill, in Brisbane’s east, about 9.30am on Monday morning.

A relative who lived in the home with the girl called emergency services early on Monday morning.

Senior detectives spent the morning interviewing members of her family. 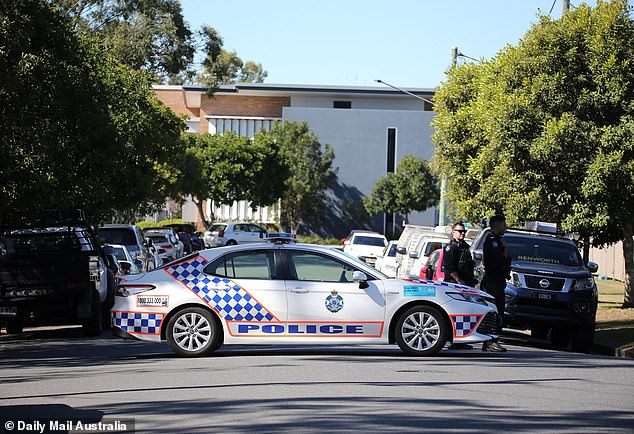 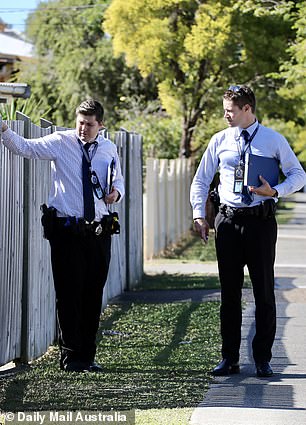 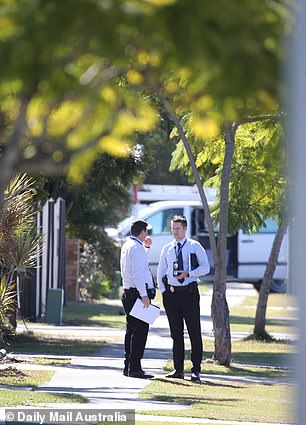 Officers have been combing the scene since 9.30 this morning 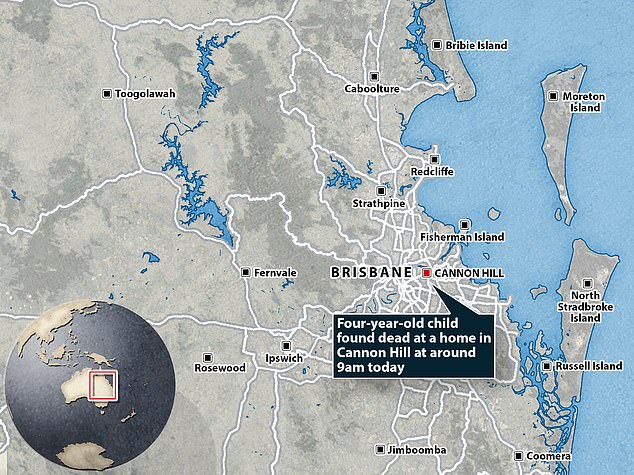 Police established a crime scene in Cannon Hill, in Brisbane’s east, about 9.30am on Monday morning

A source told Daily Mail Australia officers are investigating whether neglect played a role in the child’s death.

They cordoned off the home on Bent Street and have urged people to avoid the area.

Locals said about 10 police cars and two ambulances arrived on the scene shortly after 9am and began speaking with neighbours.

One neighbour told The Courier Mail the death was a shock for the usually quiet neighbourhood.

‘I’ve seen a boy jumping on the trampoline outside before but he would be 10 or 12 years old,’ he said. ‘I have never heard much from them.

The family reportedly rent the home.

Tradie Trent O’Brien, who was working on the street when police arrived, said he was shocked at how calm everybody appeared.

He said about five people, including a small child wearing a nappy, walked out of the home as emergency services arrived.

‘Nobody that I saw was frantic… I didn’t hear any screams,’ he said

Parents at Cannon Hill Anglican College, down the road from the crime scene, were informed of the incident and warned it would cause delays in dropping off and picking up students. 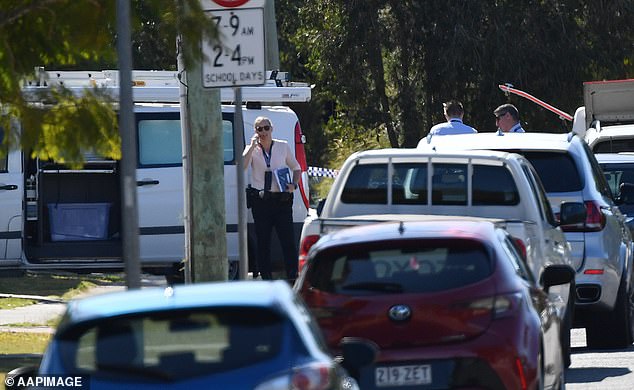 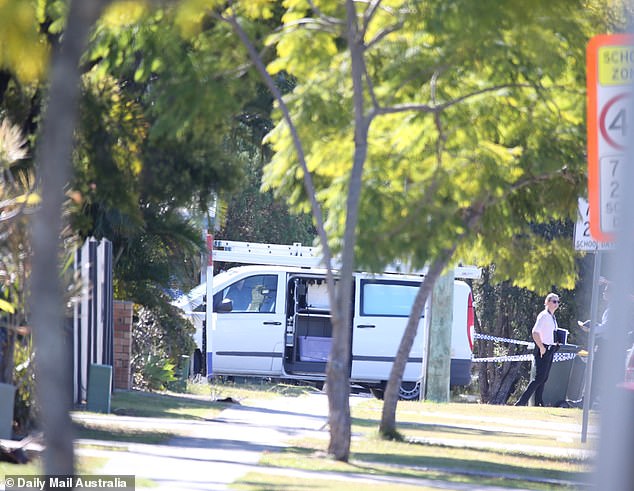 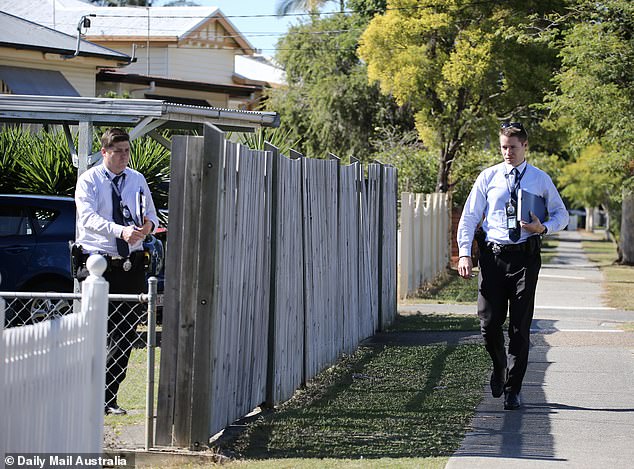 ‘This morning an incident occurred in a residence in Bent Street close to CHAC Primary,’ the email, seen by 9News, read.

‘Should you hear of this incident through the media, please be assured that there is no reason to be fearful of any threat to the school and your children are safe and are being kept totally unaware of the police presence outside the college.

‘We are currently working with the police on a plan for pick up at the end of the day. Please continue to monitor your emails for updates.’

Police established a crime scene in Cannon Hill, in Brisbane’s east, about 9.30am on Monday morning 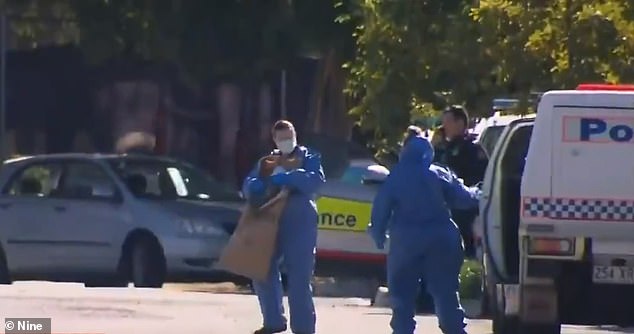 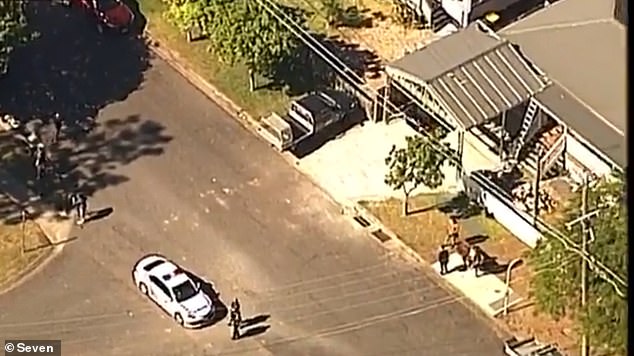 Police cordoned off the home on Bent Street and have urged people to avoid the area Pictured: Aerial view of Bent Street on Monday morning