Never mess up a voice message again! WhatsApp now lets you PREVIEW your recorded notes before you send them

By Shivali Best For Mailonline

Whether it’s a hilarious story or an important announcement, there are often times when it’s easier to send a voice note than a written message on WhatsApp.

While standard voice messages send automatically after you record them, this can lead to awkward errors, forcing you to re-send your recording.

But help is at hand, as WhatsApp has launched a new Voice Message Previews tool.

WhatsApp explained: ‘Now you can preview your voice message on WhatsApp before you send it, perfect for those moments when you want to get your message just right.’ 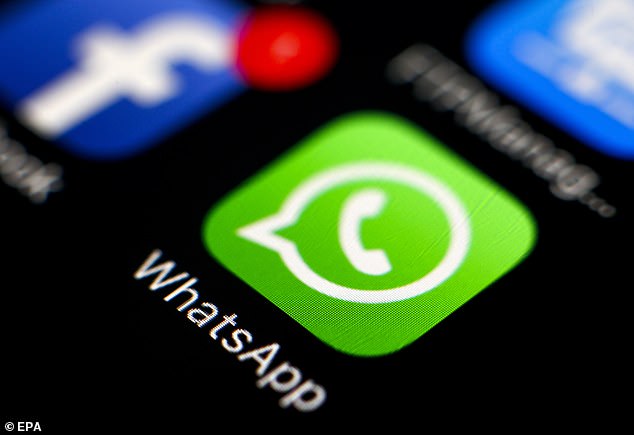 How to preview a voice message on WhatsApp

Since launching in 2013, Voice Messages have become one of WhatsApp’s most popular features worldwide.

‘They bring you closer to friends and family than a text message and unlike a call, give you the freedom to message – and for them to listen – when it’s most convenient,’ WhatsApp said.

‘They are also the easiest and quickest way to send a message when you really want to get an emotion across, time is tight, or you’re juggling other tasks, like holding a baby or carrying shopping/groceries.’

However, until now, standard voice messages have sent automatically – regardless of whether or not they contain errors.

Thankfully, the new Voice Message Preview option means you can vet your recording before deciding whether or not to send it.

To access the new feature, open an individual or group chat and touch the microphone icon in the bottom right corner.

Slide it up to lock hands-free recording, before speaking.

Once you’ve finished, tap Stop. Next, tap Play to listen to your recording. You can also tap any part of the recording to play it from that timestamp.

Finally, tap the trash can to delete the voice message, or tap send to send it.

The launch of the new tool comes shortly after WhatsApp expanded its Disappearing Messages feature with the choice for chats to self-destruct after 24 hours of 90 days, as well as the existing seven day option.

Turning on the Disappearing Messages feature makes all new messages disappear from a chosen chat after the user’s specified period of time.

People might want to choose to delete their messages for a personal reason. For example, they may contain sensitive information they don’t want accessible anywhere – not even on WhatsApp, which is end-to-end encrypted.

Generally, WhatsApp wants to emulate the security of face-to-face conversations and give users the knowledge that their messages aren’t being stored online.

Storing all conversations forever is ‘the equivalent of a note taker following us around making a permanent record of everything we’ve said,’ WhatsApp claims.

WhatsApp has also given users the ability to have Disappearing Messages turned on for all their new chats.

However, one child safety expert has criticised giving users the ability to make messages disappear after just 24 hours, saying it would create a ‘toxic cocktail of risk’ for vulnerable children.

If you’re considering deleting WhatsApp, you’ll be happy to hear that there are several alternative apps to choose from:

With more than 400 million users, Telegram is one of the most popular WhatsApp alternatives.

While it looks very similar to WhatsApp, what sets it apart is the fact that it gives the option to set messages to self-destruct after a given period of time, leaving no trace.

However, as a WhatsApp spokesperson pointed out, Telegram ‘does not offer end-to-end encryption by default so it’s not necessarily more secure than WhatsApp’.

Signal is one of the most secure messaging apps, thanks to the fact that it is open-source.

This means that the code for the app is publicly available to view, making it near-impossible for the app’s creators to sneak in any backdoors that could allow governments or hackers to spy on your messages.

If you use an iPhone, you may consider simply switching to iMessage, Apple’s own messaging app.

The app has a number of impressive features included no character limits, the ability to send pictures and videos, and of course Apple’s animated emoji feature, Animoji.

Unfortunately, iMessage is only available for iPhone users, so you’ll struggle to interact with anyone using an Android.

The app replaces your standard SMS app, and integrates with all of Google’s apps and services, making it easy to share images or use Google Assistant.

If you were put off using WhatsApp due to its sharing of data with Facebook, Facebook Messenger may not be the best option for you.

However, the app offers a number of helpful features, including games, secret conversations and video calls.