Humans have at least six distinct emotions including pain, anger, fear, pleasure, sadness and joy that can be conveyed within our screams, a new study reveals.

Scientists from the University of Zurich had 12 volunteers scream in a positive and negative way and try to convey sounds relevant to various different scenarios.

In some non-human species scream-like calls are negative, to warn of danger, but in humans they can be used to signal elation, fear, despair or even aggression.

The team also found that remarkably, non-alarming screams are perceived and processed by the brain more efficiently than screams of alarm. 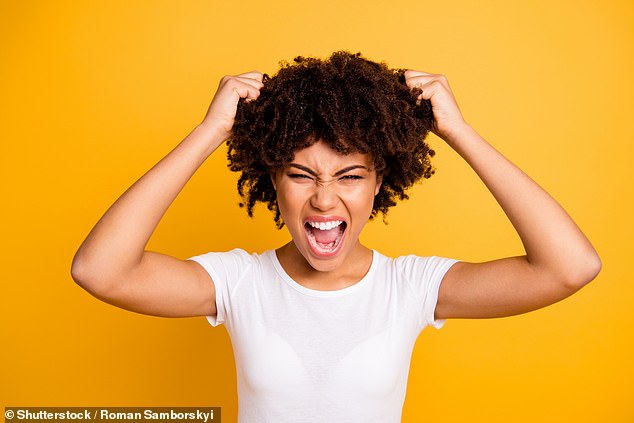 Humans have at least six distinct emotions including pain, anger, fear, pleasure, sadness and joy that are conveyed within our screams, a new study reveals. Stock image

Researchers discovered there are six psycho-acoustically distinct types of scream calls. Including:

People listening to different screams responded more quickly and accurately, and with higher neural sensitivity, to non-alarm and positive scream calls than to alarming screams.

According to the authors, these findings show that scream calls are more diverse in their signalling and communicative nature in humans than frequently assumed.

Vocal affect bursts, such as crying, grunting, laughing and screams, are a key part of social communication in many mammal species.

In nonhuman primates and other mammalian species, scream-like calls are frequently used as an alarm signal exclusively in negative contexts, social conflicts or the presence of predators or other environmental threats.

Humans are also assumed to use screams to signal danger and to scare predators, explained the team behind this new study.

But humans scream not only when they are fearful and aggressive, but also when they experience other emotions such as despair and elation.

In total there were 12 volunteers involved in the experiments, each asked to vocalise both positive and negative screams.

A different group rated the emotional nature of the screams, classified the screams into different categories, and underwent an MRI scan while listening to them.

The results revealed there were six psycho-acoustically distinct types of screams.

Listeners responded more quickly and accurately, and with higher neural sensitivity, to non-alarm and positive scream calls than to alarming screams.

They say alarm screams need more processing effort on the part of a human listening to someone else screaming, compared to other types of scream.

The researchers say their findings show that screams are more diverse in their signalling and communicative nature in humans than frequently assumed. 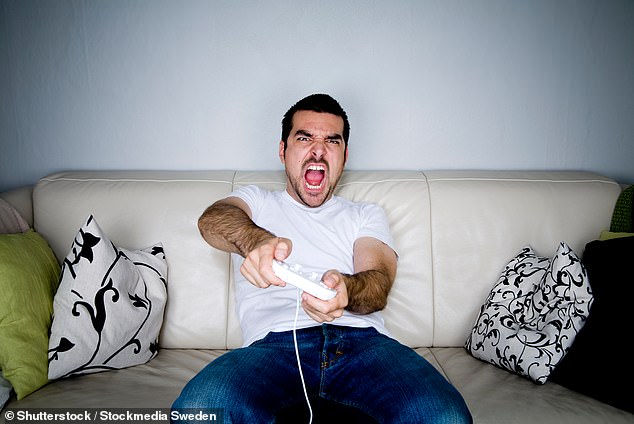 Scientists from the University of Zurich had 12 volunteers scream in a positive and negative way and try to convey sounds relevant to various different scenarios. Stock image

WHAT IS A SCREAM?

A scream is a loud, piercing cry used to sound an alarm in most mammals and show emotion in humans.

The loud vocalisation involves air passing through vocal folders with greater force than other sounds.

Any creature with lungs can scream.

In humans it is an instinctive or reflex action showing strong emotion.

In nonhuman primates and some mammals it is purely an alert mechanism to warn others in the society of impending danger.

Study leader Professor Sascha Fruhholz said the results are surprising in that researchers usually assume primate and human cognitive systems are specifically tuned to signals of danger and threat as a survival mechanism.

‘This has long been supposed to be the primary purpose of communicative signalling in screams,’ Fruhholz said.

Humans share with other species the potential to signal danger when screaming, but it seems only humans scream to signal also positive emotions, they discovered.

Fruhholz added: ‘Signalling and perceiving these positive emotions in screams seemed to have gained priority in humans over alarm signalling.

‘This change in priority might be likely due to the requirements of evolved and complex social contexts in humans.’

The findings have been published in the journal PLOS Biology.

Most people cannot tell the difference between screams of joy and fear because they both have similar acoustic features, study finds

Hearing a scream can be pretty scary, especially if you don’t know why it was made.

Psychologists at Emory University asked subjects to listen to Hollywood movie clips and determine the emotion behind 30 different cinematic shrieks.

They found humans are actually pretty good at differentiating the causes of different kinds of screams—like anger, pain or surprise—but are lousy at determining if one is a shout of joy or of terror.

That could be because the acoustical elements used to communicate fear are also present in ‘excited happy screams.’

‘In fact, people pay good money to ride roller coasters, where their screams no doubt reflect a blend of those two emotions,’ the researchers said.